More than 500 chicken have been culled since the decision was taken yesterday, said Paradip municipality health officer Rajendra Nayak. 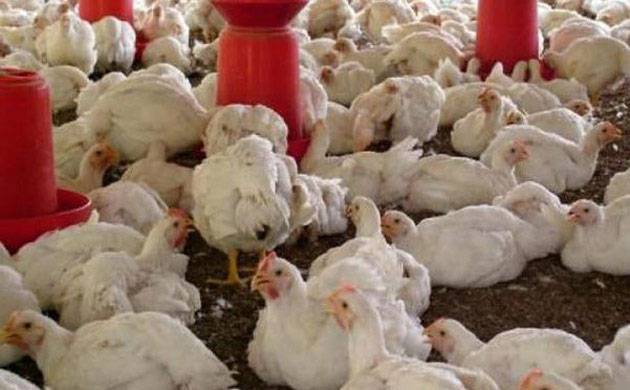 In Odisha's Paradip, culling of chicken has begun and sale of poultry banned in this port town following the detection of H5NI avaian influenza, official sources said on Monday.

Poultry farms were also shut as a precautionary measure after samples were collected from different farms and dead crows in and around the town tested positive for H5N1 virus, collector in-charge of Jagatsinghpur district, Sachinanda Sahu said.

More than 500 chicken have been culled since the decision was taken yesterday, said Paradip municipality health officer Rajendra Nayak.

Nayak, who is monitoring the situation along with Jagatsinghpur chief district veterinary officer Ramesh Behera said that the culled birds are being buried in deep pits after adopting all required safeguards.

Blood samples of chicken were sent to the National Institute of High Security Animal Diseases in Bhopal for examination, were tested positive positive for H5N1, Behera said.

Ten rapid response teams were formed and sent to the affected area by the administration.

The teams comprising 40 members have been constituted to sanitise the area, Behera said adding the culling operation would continue.

As a precautionary measure, all poultry firms and outlets have been shut in and around the port town and sale of chicken and eggs was banned. Necessary steps have been taken to prevent transportation of the poultry products out of the district, Sahu said.

He said over 20 crows were found dead in Naugaon and Biridi areas of the district today.

Sahu, who visited Paradip to review the situation, said restrictions on sale of poultry and farming would remain in force for three months.