The FM defended his budget proposals in the traditional press-conference. Brief summarised responses to the various questions fielded by him. 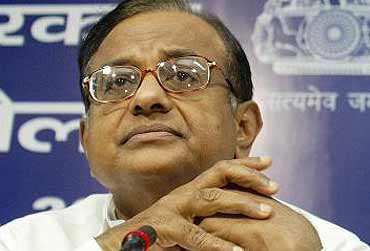 Criticism of corporate India bearing extra tax burden: There will be no additional burden on corporates.

Objectives: The entire focus of the Budget is to benefit the common man for attaining the goal of inclusive growth. The endeavour is to contain inflation, which is proving a thorn in the flesh for the government, to 4-5%.

Economic growth: Nothing is being done to hurt the growth story which remains intact. Economic growth during the next fiscal is likely to be 9% over an expected growth of 9.2% during 2006-07.

Bringing ESOPs (employees stock options) under fringe benefit tax (FBT): ESOPs are also fringe benefits that are given mostly to top officials and tax would have to be paid on such perquisites.

Increase in education cess on personal income tax: Tax payers in the lowest income tax bracket would get a minimum relief of Rs 980, even after accounting for the additional levy.

Minimum Alternate Tax (MAT): MAT proposals will not impose any additional burden on the corporate as they can take credit for the tax. It is after all in the nature of an advance tax.

Dividend distribution tax (DDT): The tax is paid by companies and 2.5% increase in DDT will not put any significant burden on tax payers, as most of the investors receiving dividend income are in the higher tax bracket.

Forex reserves: Since the reserves have touched $180 billion, the government plans to partly utilise these funds as per the recommendations of Deepak Parekh Committee.

Duty cuts in cement prices: The effort was to reward those who sell cement up to Rs 190 per 50 kg bag by reducing duty from Rs 400 duty per tonne to Rs 350. However, those selling at higher price will have to pay a duty of Rs 600 per tonne.

E-filing and e-payment: We expect to meet the targets set for next year so that computerisation and digitisation can be used for tracking tax and duty payments.