Video | Most People Don't See Nutrition As A Challenge

What’s the biggest challenge that faces India today, we asked. They listed out everything, except those that should matter the most to them. A simple experiment by the Outlook Poshan team. 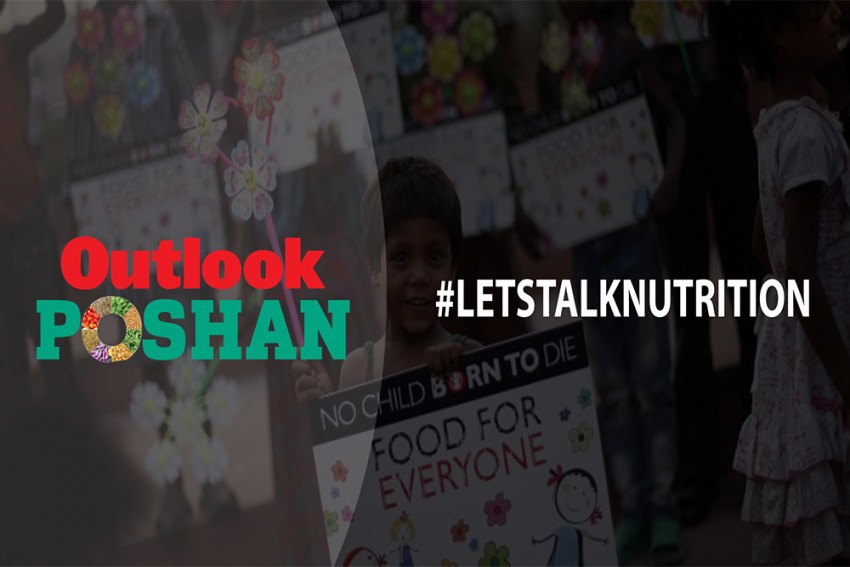 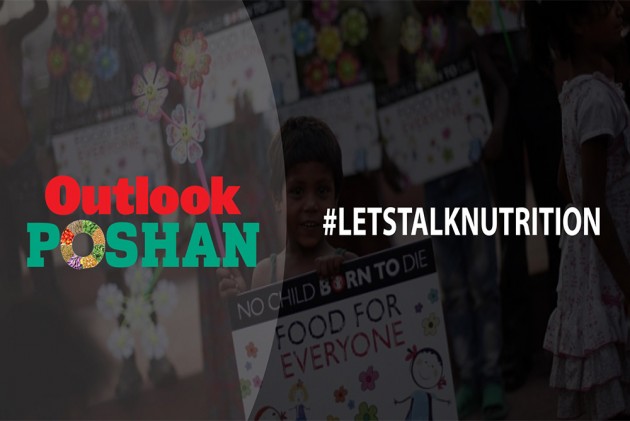 With the 89th Union Budget grabbing eyeballs and mind share, the buzz is all about development and progress, investment and growth, employment and skill development. We wanted to get inside that politico-economic bubble and separate the wheat of deeper existential issues from the chaff of pragmatic concerns. The Outlook Poshan team gave young reporters mobile cameras and a question: “What is the biggest challenge that faces India?” We asked them to go out, capture people and their concerns as they see them, across Delhi. A simple experiment, but through their videos and interactions, they brought back a sense of the pulse of the people. So watch this video and you will see how everybody mentioned all the big-ticket national issues—jobs, pollution, corruption—as the biggest challenges facing India. Not a single person mentioned the unprecedented burden of ill health, the spiralling rise of chronic diseases that now consume the country, quietly—all because we face the “double burden of malnutrition.”

The World Health Organization defines the “double burden of malnutrition” as “the coexistence of undernutrition along with overweight and obesity, or diet-related noncommunicable diseases, within individuals, households and populations, and across the lifecourse.” More than one-third of the world’s malnourished children live in India. At the same time, India is the third most obese country in the world. Overnutrition and undernutrition are the two sides of the same crisis, both leading to a surge in chronic diseases: heart disease, stroke, diabetes, cancer and a spectrum of infections. Combatting the problem requires, more than anything, an understanding of the link to undernutrition. 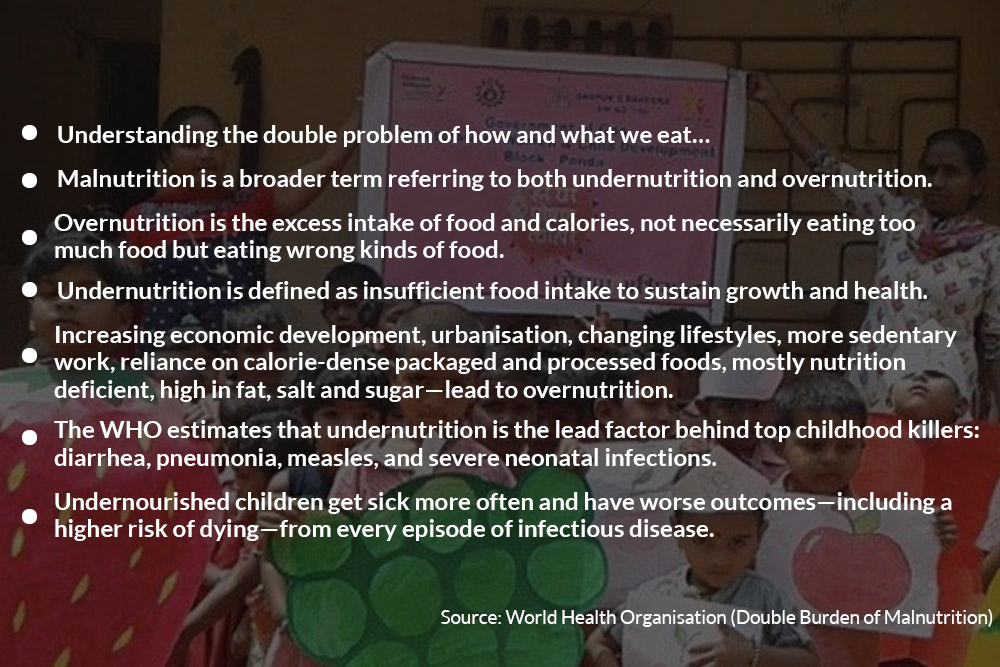 Yes, India is the 78th corrupt nation out of 175 countries, says Transparency International 2018. Yes, 18.6 million Indians are without jobs, reports the ILO. Life expectancy in India is down by 2.6 years due to air pollution, shows the Centre for Science and Environment. But none of the above can bring down the quality of your life, or kill you, as quickly or painfully as what you eat and how.

So wake up and say no to malnutrition.