Home  »  Website  »  Poshan  »  A District Collector And A People’s Movement: A Photo Essay On How Angul In Odisha Is Winning The Malnutrition War

A District Collector And A People’s Movement: A Photo Essay On How Angul In Odisha Is Winning The Malnutrition War 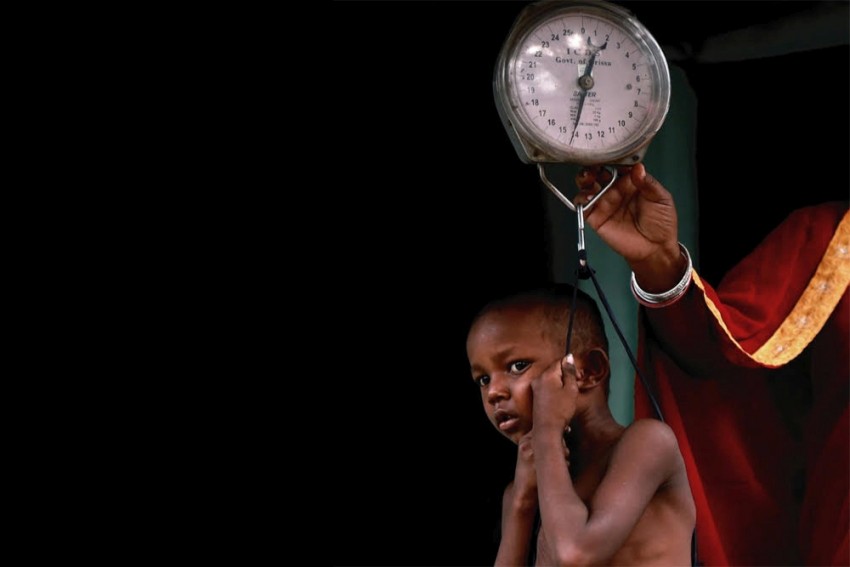 Team Poshan October 23, 2019 00:00 IST A District Collector And A People’s Movement: A Photo Essay On How Angul In Odisha Is Winning The Malnutrition War 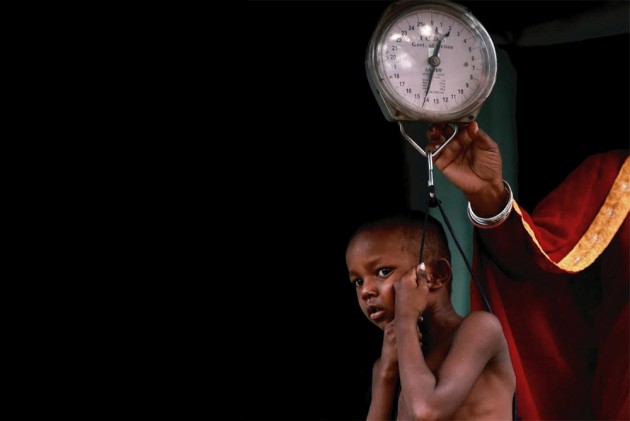 “Just a week left! Do you believe photographs are the best ways to shuttle information among masses?” The Tweets started from the last week of September, as Poshan Maah was nearing its end. Along with haunting photographs, they announced that a photo exhibition was about to be held in Bhubaneswar on September 30, with each image narrating the everyday stories of struggle and hope of people in accessing government services for nutrition. This was a work in progress, they announced, and the purpose was that solutions for #nutrition need to be seen from the lens of communities. “Have you ever wondered what motivates us each day?” And “How #ClosetheGap Photo Exhibition was inspired?” The final tweet was: “Are you ready for #ClosetheGap? #APAA's first-ever photo #exhibition to portray our war on #Malnutrition in Angul!” 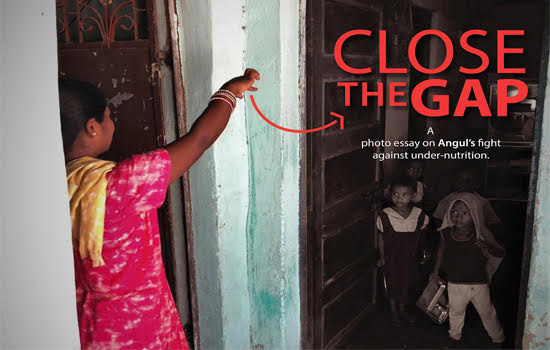 In case you are wondering what exactly is APAA, it is a little-known movement: Angul Pusti Adhikar Abhiyan. At a time the nation is looking for solutions to combat malnutrition, Odisha has been quietly doing stellar work at the grassroots. And Angul district, as we have featured earlier in Outlook Poshan, has emerged as a champion hotspot against the scourge of malnutrition. 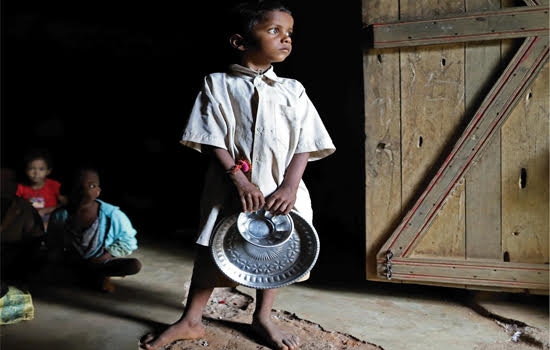 Here is a glimpse into the story of Angul and the photo essay that we have sourced for you. Aptly titled “Close the Gap: A photo essay on Angul’s fight against under-nutrition,” it portrays the experiences of communities in the district through the lens of Delhi-based award-winning photographers – Anindito Mukherjee and Ravi Choudhary. To put the photos in context, here is a piece written by people who made the exhibition possible: Neha Saigal and Saumya Shrivastava. 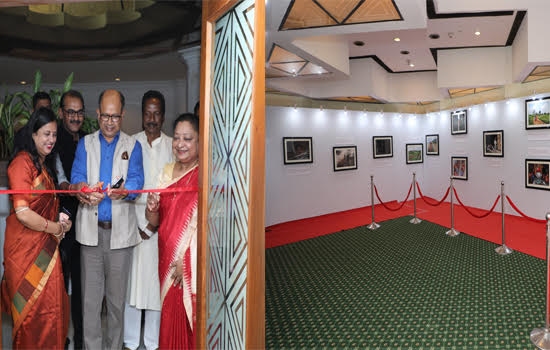 By Neha Saigal And Saumya Shrivastava

“A picture is worth a thousand words.” This popular saying brought some of us in the state of Odisha together, to deliver a key message on nutrition. A photo exhibition titled “Close the Gap” followed by a panel discussion was held on September 30 in Bhubaneswar. The inspiration behind the exhibited photos was Angul’s fight against malnutrition, which portrayed the everyday struggles of communities as well as stories of hope. This was a special moment for three organisations which collectively put up this unique show: IPE Global, SPREAD and Angul Pusti Adhikaar Abhiyaan (APAA). 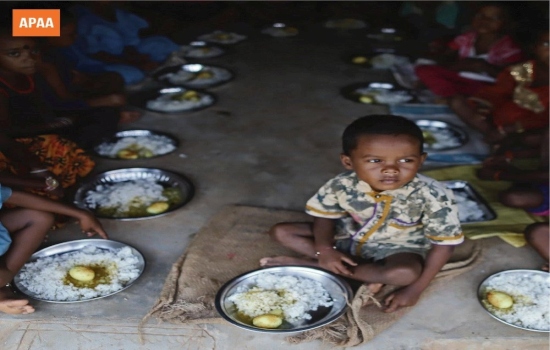 Our journey started about six months ago when we conducted a situation analysis in Angul on women and children’s access to Anganwadi services. We focused on two schemes, the supplementary nutrition programme (SNP) and Mamata (conditional cash transfer), as they are critical in improving maternal and child nutrition, in the 1000-day window and beyond. Our observations from the field concluded that while Anganwadi services had improved across the district and awareness levels were high, the gap in access existed. And it affected certain populations more than others, like the Scheduled Tribes, specifically the Particularly Vulnerable Tribal Groups (PVTGs) communities that live in tagged hamlets that are hard to reach. 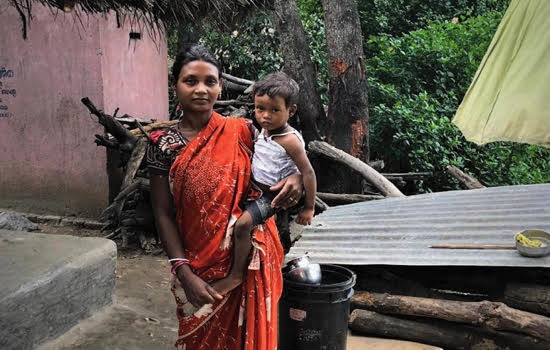 Angul district in Odisha, presents an enigma, as high economic development co-exists with undernutrition. The district is one of the best performing, fiscally, in the State, but 31 per cent of Angul’s children under age 5 are stunted and 51 per cent of women in the reproductive age are anaemic. Undernutrition is a sign of inequality in our society and that was apparent when one visited the tribal hamlets of Pallahara block in the district. Angul’s challenges of access to nutrition are not unique to the district, they exist in other districts of Odisha and several districts in the country. 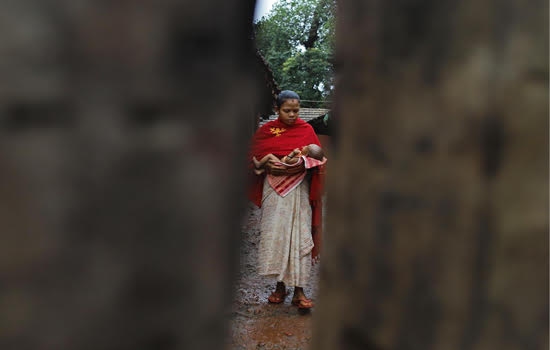 But the story of Angul is not a disappointing one, with a dedicated and driven district collector, Manoj Kumar Mohanty, and a people’s movement, Angul Pusti Aadhikaar Abhiyaan (APAA), the district is fighting against malnutrition and gradually winning. While there are several challenges, there are also solutions that our analysis captures, with the main message for policy makers that there is a need to close the gap on undernutrition and increase access to most vulnerable communities. The details of our analysis are captured in a series of policy briefs that can be accessed here http://apaa.in/report/ 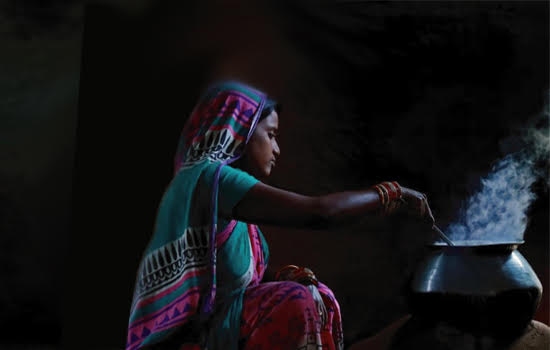 To narrate Angul’s story to the rest of the State, we engaged two award-winning photographers to capture it through their lens. This made the photo exhibition, “Close the Gap: A photo essay on Angul’s fight against malnutrition,” a reality. Nineteen photos, that highlighted that economic growth does not automatically translate into better nutrition indictors and that a special focus is required by the State on the STs and PVTG populations. A well-functioning Anganwadi center and motivated Anganwadi workers can do wonders for improving children’s nutrition. And finally, last mile delivery of AWC services can be improved by introducing greater transparency and accountability, which is possible using tools of community monitoring and social audits. Each picture depicted a very special story of access to services and information related to nutrition in Angul. 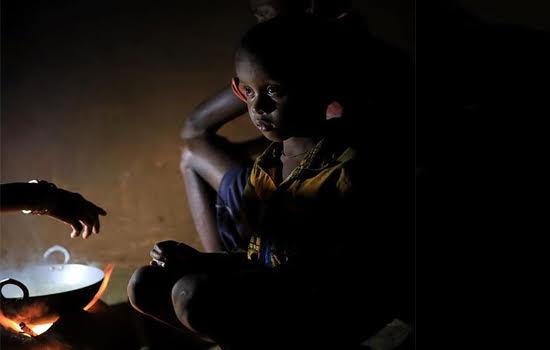 This was an important event organised on the last day of Poshan Maah, to celebrate Odisha’s leadership on nutrition as the State has managed to reduce stunting by 11 percentage points in a decade. Yet the stunting levels amongst ST children are as high as 46 per cent, which could be worse off for the PVTG communities. We may never really know, as large-scale surveys do not specifically capture health and nutrition indicators of these communities. The photo exhibition was inaugurated by Member of Parliament from Angul, Mahesh Sahoo, who has been championing the cause for better nutrition in the district. He is also committed to raising the issue of mini AWCs in tagged hamlets to improve access for marginalised communities. Dr Amar Patnaik, Member of Parliament, Rajya Sabha, was also present and stressed the need for tools like social audits in the ICDS to achieve last mile delivery. 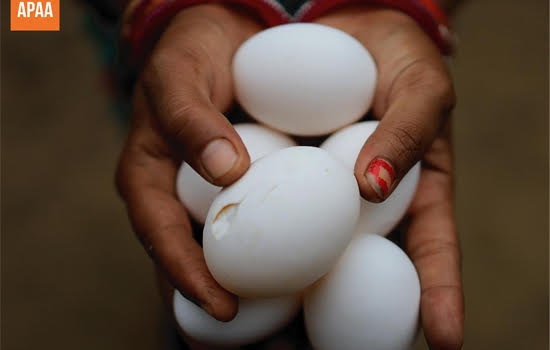 The objective of this event was to nudge Odisha to be a role model for other States in improving nutrition indicators for poor and marginalised populations, specifically those residing in hard to reach areas. While there is a plethora of Government schemes and very strong political leadership, we further recommend a five-point agenda for the Government:

•Focus on STs and PVTG communities
•Strengthen and empower community monitoring committees on the ground
•Introduce tools like social audits to increase demand and improve last mile connectivity
•Introduce mini AWCs in tagged hamlets
•Strengthen the role of Sarpanch and PRI members in the ICDS to improve awareness and monitoring of the scheme. 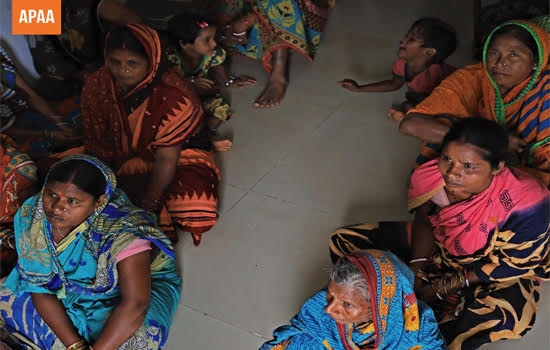 We believe that Odisha is at a point where it can close this gap on under-nutrition.

Anindito Mukherjee is an independent and award-winning photojournalist and documentary photographer, whose work has been featured in leading newspapers, magazines, online forums and other publications globally including The New York Times, Time Magazine, IHT, Guardian, The Wall Street Journal, The Economist, The Globe and Mail.

Ravi Choudhary, a photographer belonging to a small town in India, received acclaim after his work appeared in international publications such as Globe and The Huffington Post. He was awarded the Ramnath Goenka Award in 2014-15 for his work on acid attack victims, for which also received the National Foundation for India Grant in 2013-14.Team
_____
Neha Saigal & Saumya Shrivastava work with IPE Global in Odisha on nutrition.

Sab Kuch Chikoo: How An Engineer From A Remote Village in Maharashtra Is Creating Refreshing, Nutritious And Fruity Treats In His Innovative Chikoo Parlours