The Chief Minister announced his decision at the virtual cabinet meeting, where the Health Department had proposed bringing these families into the government schemes cover on co-sharing basis, which would have required the beneficiaries to pay for part of the expense. 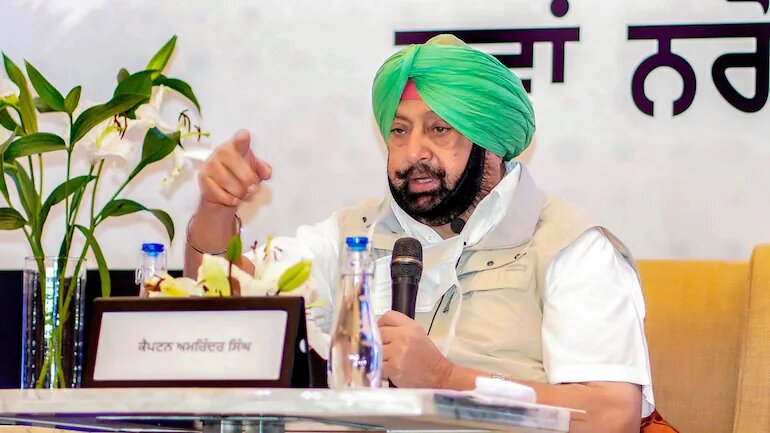 Before assembly elections, likely to be held in Feburary, 2022, the Punjab congress government’s a nounced universal healthcare poll promise.  Punjab Chief Minister Captain Amarinder Singh on Friday announced free insurance cover for the 15 lakh families who were earlier not included in the ambit of the Ayushman Bharat-Sarbat Sehat Bima Yojana (AB-SSBY).
The Chief Minister announced his decision at the virtual cabinet meeting, where the Health Department had proposed bringing these families into the government schemes cover on co-sharing basis, which would have required the beneficiaries to pay for part of the expense. However, Captain Amarinder suggested making the insurance cover for these families also completely free in line with his government’s promise of universal healthcare for the people of Punjab.
Barring the families of Government Employees/Pensioners, who were already covered under Punjab Medical Attendance Rules, all the remaining nearly 55 lakh families in the state will now come under the ambit of this scheme, an official spokesperson said after the meeting.
The State Government will now be bearing a total cost of Rs 593 crore per annum to cover 55 lakh families to provide insurance cover of Rs. 5 lakh per family per for secondary and tertiary care treatments in empanelled public and private hospitals.
The Health & Family Welfare department has been asked to formulate the operational process for the enrolment of these left out families under the scheme.
Notably, nearly 39.38 lakh families, including 14.64 lakh families identified as per the ‘Socio-Economic Caste Census’ (SECC) of 2011, 16.15 lakh Smart Ration Card holder families and 5.07 lakh farmer families, 3.12 lakh construction worker families, 4481 accredited journalist families and 33,096 small trader families, are already availing this facility under the scheme since August 20, 2019, and they have got cashless medical treatment worth over Rs 913 crore cover in the last two years.
Aid For Terrorism/Riot Affected & Kashmiri Migrants Hiked
Fulfilling a pending demand of terrorism/riot affected families and Kashmiri migrants, the Cabinet also gave approval to enhancing their subsistence allowance. While Subsistence Allowance of terrorists/riot affected families has been hiked from Rs. 5000 to Rs. 6000 per month, financial assistance being given to Kashmiri migrants as ration money has been increased from Rs. 2000 to Rs. 2500 per month per family. This move would benefit 5100 terrorists/riot affected families and 200 Kashmiri migrants with an annual outlay of Rs. 6.16 crore.