The delusional business of waxing on the strength of institutions seems to be a professional pastime for political scientists. Take the latest from Ashutosh Varshney... 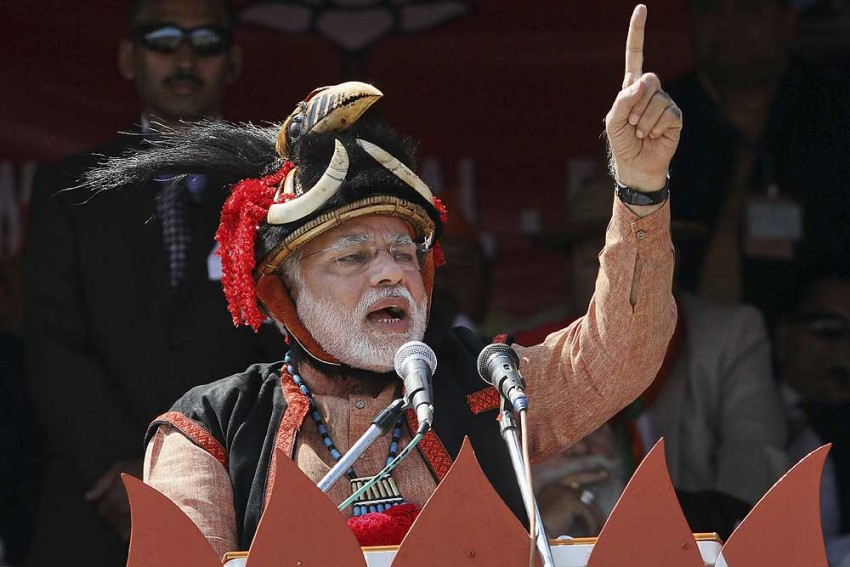 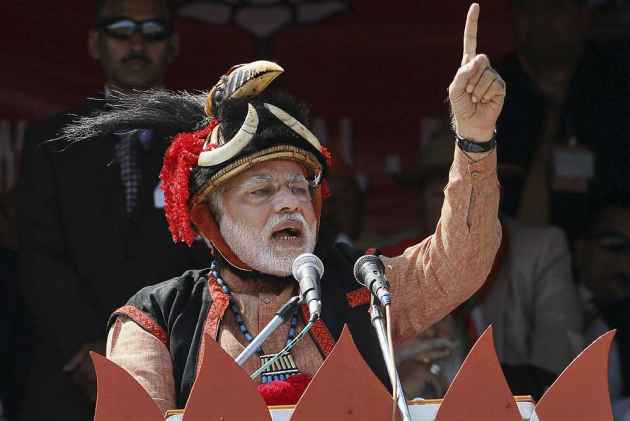 Ashutosh Varshney has written yet another piece on the Modi phenomenon. This time he has invoked “the discipline of political science”, which he has “taught for two decades”, and underlined that it fundamentally disagrees with an “institutions-free” view of the rise of Narendra Modi. [See my response to his earlier piece here.] Before I examine Varshney’s ‘arguments’ about present politics, let me cite the following from nothing less than the American Political Science Review—a revealing chapter from the history of the discipline that he and I share:

Following World War I came the turbulence of the 1920s and 1930s. Communism and fascism rose to prominence as the world’s great powers fell to deflation and imperialism. Yet during this time of great political upheaval, political science became a study in irrelevance. Perhaps as a result of no longer sharing common theories and assumptions, the discipline fragmented and retreated inwards. Scanning the American Political Science Review from 1923 to 1936 for any sustained analysis of the great events of the day such as Mussolini’s march on Rome, Japan’s occupation of Manchuria, or even the Great Depression, one will come up empty. What one does find are, for example, reports of constitutional change in Estonia (Roucek 1936), predictions that the German administrative structure would stop Hitler becoming a dictator (Friedrich 1933), and analysis of the legal monism of Alfred Verdoross (Janzen 1935). [Mark Blythe, 'Great Punctuations, Randomness, and the Evolution of Comparative Political Science', APSR, Vol. 100, No. 4, November 2006. All emphasis added]

Perhaps this delusional business of waxing on the strength of institutions has been a professional pastime in the discipline but one could excuse the political scientists of the 1920s and 1930s, insofar as they were making the mistake for the first time. What do you say of someone who repeats the same error with ever greater self-righteousness, eighty/ ninety years down the line? And if this business of repeating the same error over and over again is something more than a pastime, if it is integral to political science, then all one can say is, so much the worse for political science! In a somewhat lighter vein, one cannot help noticing that in this piece Varshney takes up “three categories” of “political arguments about Modi”, which for some strange reason he identifies in Hindi—as if he is citing some existing arguments. The three categories, in his view, are “androoni sach”, “sansthaayik vichardhara” (wrong Hindi but we can let it pass) and “kamzor sansthaayen”. The third argument is attributed to Pranab Bardhan—who I am pretty certain would not use Hindi—if he has to do an “authenticity gesture”, Bardhan would most likely use a Bengali expression. As a matter of fact, this division of arguments on Modi into three categories is Varshney’s—so the nomenclature too has to be his—so what is going on here? I leave it to the reader to puzzle over this matter.

So, let us take the first argument—“androoni sach” or “inner truth” as he tells us:

This argument identifies Modi as a diehard Hindu nationalist, whose hatred for the minorities, especially Muslims, is deep and unchangeable. He allowed a pogrom to take place in Gujarat in 2002; he never visited Muslim relief camps; his Gujarat Shining stops at the Muslim ghetto of Juhapura. If a man like Modi, the argument continues, is allowed to rule India, the nation will descend into a deep communal abyss, even fascism. India will become a greater Gujarat.

There are two reasons, says the professor, why his discipline “fundamentally disagrees with this view”.

First, because this view sees “the future as a linear extension of the past”. Varshney actually draws here on two kinds of intellectual arguments:

Both these arguments are philosophical arguments (and have, as a matter of fact, very little to do with the work that political scientists do) that cannot simply be copy-pasted on to real, everyday politics in a cavalier fashion. Thus, nobody who believes in the anti-essentialist argument would claim that people cannot change. They can—and by extension, Modi too can. After all, there have been instances right from the time of the Mauryan emperor Asoka of people changing. It was the experience of the bloody war through which he conquered Kalinga that changed him. He turned a Buddhist. There are evidences to show that Asoka changed. In our everyday experience too, we can see innumerable instances of such transformation that certain experiences induce in people. Does Varshney show us any evidence of any change in Modi? Not one. He instead passes over in silence such crucial indicators as Modi’s steadfast refusal to apologize or show remorse for the 2002 carnage or his refusal to wear a Muslim skull cap, where he has been photographed wearing all manner of headgear in the election season in particular. Modi’s critics, on the other hand, have been pointing out instances during the current election campaign, of people like Shiv Sena leader Ramdas Kadam spewing venom from the dais, in Narendra Modi’s presence, against Muslims and claiming that Modi will destroy Pakistan in six months, with Modi not so much as batting an eyelid. Also eye-opening—for those who insist on wearing blinkers—should have been the report in Jansatta 1 May 2014 (front page), that the entire campaign for Modi in Benaras is being conducted by the Vishwa Hindu Parishad and that the key figure entrusted with this responsibility is Champat Rai, who is considered to have been the mastermind behind the Ayodhya movement in 1992. Varshney might want to look at the evidence that is piling up by the hour, that Modi is not simply an individual but part of a larger network of forces—of a political machine. What is more, he is a megalomaniac who has not disowned his past and has in fact, given every indication of being proud of it.

Second, says Varshney, this is a view that is “institutions-free”. Varshney mentions two institutions in particular, namely the Election Commission and the Supreme Court—both of which have played a commendable role in their respect domains. However, Varshney cannot get away by simply making these large gestures. The role of the institutions he mentions has not always been above board—especially in times of crisis. Take the Supreme Court. Here is Justice V. M. Tarkunde, commenting on the infamous December 11, 1995 judgements by the Supreme Court, which overturned the Bombay High Court decision to set aside the election of Shiv Sena-BJP candidates—on the grounds that they used religion to canvass support (and made other pronouncements):

The damage has been caused by three judgments: Dr. Ramesh Yashwant Prabhoo Vs Shri Prabhakar Kashinath Kunte and Others; Manohar Joshi Vs Nitin Bhaurao Patel & another; and Prof. Ramachandra G. Kapse Vs Haribansh Ramakbal Singh.

Hindutva is defined by the Supreme Court as the “culture of the people of India as a whole, irrespective of whether they are Hindus, Muslims, Christians, Jews, etc” This is what is called ideological hegemony in Gramscian language—for this is the Savarkarite definition of Hindutva. The very term is his coinage and is not to be confused with Hinduism, as the Supreme Court does.

And is Varshney unaware of the fact that it was the Supreme Court that allowed “symbolic kar seva” to be performed at the site of Babri Masjid on 6 December 1992, after the Kalyan Singh (BJP) government gave an assurance that nothing would happen to the Babri Masjid structure.

During the course of these arguments, Attorney General Milon K. Banerjee cautioned that already about 15,000 kar sevaks had assembled in Ayodhya and they were likely to defy the orders of the court.

The order, it is now recorded in letters of gold, was flouted with impunity and that changed the politics of the country forever. Which institution came to the rescue? Varshney might want to enlighten his readers a bit on this. To this day, all our robust institutions look helplessly on as Raj Thackeray’s and VHP’s marauding gangs go around attacking people and creating terror.

Varshney also mentions the Comptroller and Auditor General as another of the institutions that will put a stop to Modi’s effort to bring “crony capitalism from Gujarat to Delhi as some fear”.  To the best of my knowledge, the CAG is an auditing body and has only recommendatory powers. For its reports and recommendations to make any impact, there have to be others factors active in the field—as for instance, a powerful movements that forces the government to act. Not “institutions” in the abstract.

Let us now come to the issue of linearity. Here too, there is a sleight of hand involved. Nobody is arguing that the past determines the future. All that people are saying is that the past teaches us some lessons, which we may refuse to learn at our own peril. Invoking institutions in any case does nothing to absolve Modi—all it says is that there are checks and balances, which we have in any case shown to be hogwash. Those who are saying you must take the past experience seriously, are also underlining the fact that there has been no evidence of any change in Modi or the political machine to which he belongs. From this to conclude that the future will therefore be an extension of that past, is simply a non-sequitur—and a deliberate mis-representation of the arguments people are making. Most of us who believe that the past has important lessons to offer, are also the ones determined to fight to the finish. More than pathetically helpless institutions, if there is anything that is working to prevent that past from becoming the future, it is the people who are fighting Modi—in courts, in the media, in the making of public opinion, and in the streets. Make no mistake, Mr Varshney, that we do not and will not let that past become the future—political science or no political science.

This was first published in Kafila