Police From 3 States Fail To Trace Justice Karnan, Did He Leave India? 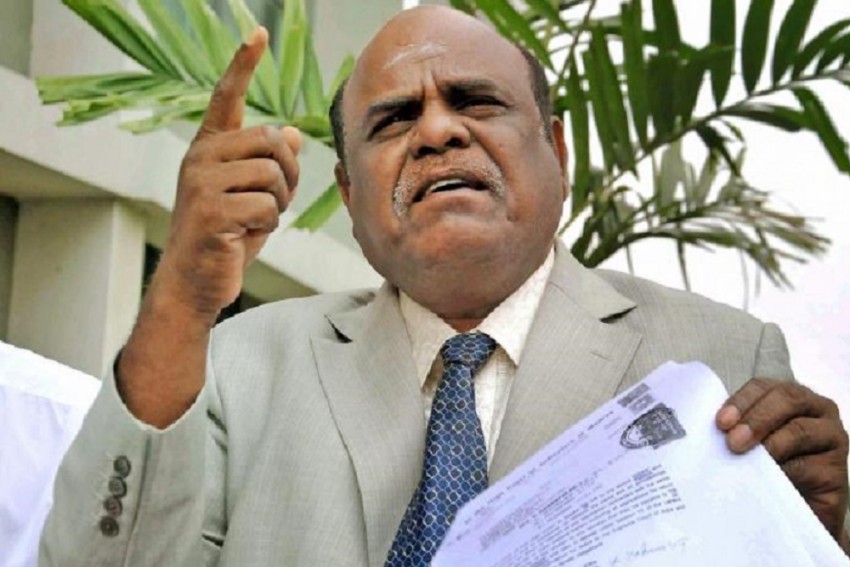 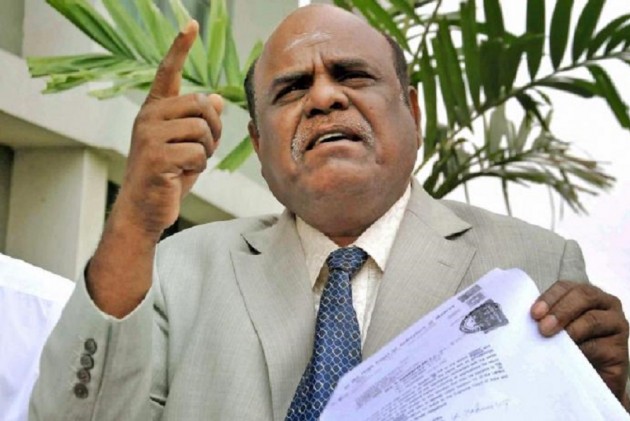 According to an Indian Express report, W Peter Ramesh Kumar, Justice Karnan’s close aide and his legal adviser, has claimed that the judge  is evading arrest and may have left the country to Nepal or Bangladesh.

However, he refused to elaborate on the route and details, especially as a road route from Chennai to any Indian border will take a minimum journey of 36 hours.

Justice Karnan had left from Kolkata on Tuesday morning to reach Chennai before the apex court sentenced him to 6 months in jail. He had even addressed the media after the verdict in Chennai, reported NDTV.

A five-member police team from West Bengal police has been coordinating with their Tamil Nadu and Andhra Pradesh counterparts to get information about Karnan.

According to a report by The Times of India, Kumar had informed that a team of around 50 policemen had met him around noon seeking information on the judge.

He claimed the judge had moved to a temple in Kalahasti near Tirupati in Andhra Pradesh, but the police team that went to Kalahasthi could not find him. There were also inputs about his presence in Tindivanam in Tamil Nadu, but it, too, proved to be false.

The police are trying to get in touch with the government driver of the judge's car.

Justice Karnan is the first judge to be sentenced to jail by the Supreme Court. Karnan was sentenced just after he had sentenced Chief Justice of India J S Khehar and 7 other judges to 5 months in jail.

A seven-judge bench of the Supreme Court had directed Justice Karnan of the Calcutta High Court to appear before it on February 13, 2017 to speak out before the apex court initiates contempt charges.

The bench, led by Chief Justice of India (CJI), Justice JS Khehar, asked Justice Karnan to appear in person and answer the charges and have stripped him off his administrative and judicial powers till then.
A seven-judge constitution bench, including CJI Khehar, had found him guilty of contempt of court,after he named 20 judges. The supreme court had also asked to get him medically examined, which justice Karnan refused.

Justice Ganguly had also said that he did have a soft corner for Justice Karnan and thought him to be a good man, though probably misguided.
Later, Justice Karnan has himself described the collegium system as ‘autocratic’.

In 2011, Justice Karnan had written to the National Commission for Scheduled Castes (NCSC) complaining of victimisation by the other judges because he was a Dalit.
He invited members of the press into his chambers and held a press conference there alleging victimisation at the hand of 4-5 of his brother judges.

In Calcutta HC, he had a public spat with Justice AK Roy, who was heading their two-judge bench. In the Vivekananda Flyover collapse, several people had been killed when a flyover collapsed in the heart of Kolkata. The two-judge bench had refused bail to the accused. Later, Justice Karnan changed the order from his chambers, allowing bail to
the accused. The then chief justice of the Calcutta HC had to remove Justice Karnan to a single-judge bench to hear education matters.