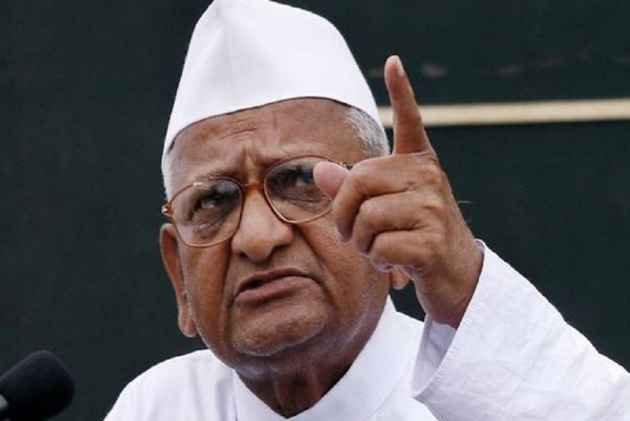 Anti-corruption crusader Anna Hazare has alleged that Prime Minister Narendra Modi has an "ego of his Prime Ministership", adding that it was the reason why Modi was not responding to his letters.

Hazare was speaking at a public rally in Atpadi tehsil in Sangli district yesterday.

Hazare said, "I have written more than 30 letters to PM Modi in the last three years but he never replied to them. Modi has an ego of his Prime Ministership, hence he did not respond to my letters."

Hazare had, earlier, announced that he was going to stage another round of agitations in New Delhi from March 23.

The rally at Atpadi yesterday was the first of the three rallies Hazare will be addressing in an effort to mobilise support for the March 23 agitation.

"It will be a never-seen-before kind of massive agitation that will be a warning to the government," he said.

"I have no intention of garnering votes through my rallies and agitations. The way there was a huge rally for Jan Lokpal, I believe there will be a similar agitation on farmers' issues," he said.

Hazare said that his demands included implementation of the Lokpal, appointment of a Lokayukta, a pension of Rs 5,000 to farmers and higher rates for farm produce.