PM Modi was accompanied by Khattar, Union ministers Rao Inderjit Singh, who is a Gurgaon MP, and Birender Singh. 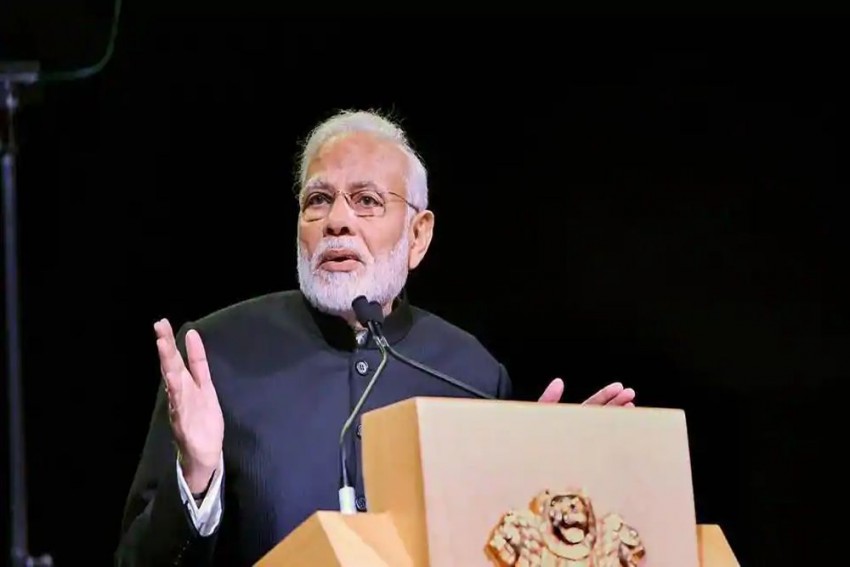 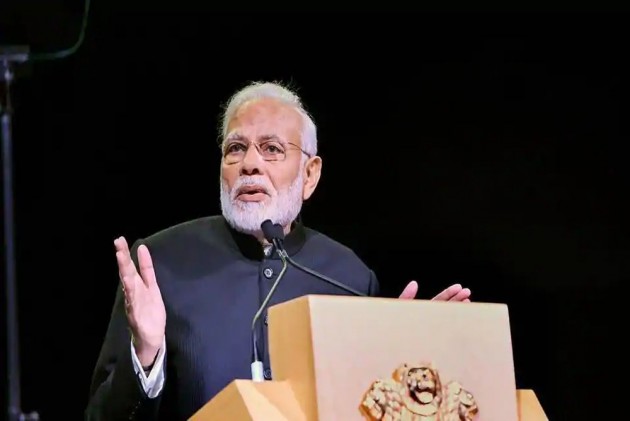 Prime Minister Narendra Modi on Monday slammed the previous Congress regime in Haryana for creating "obstacles" and "delaying projects" which he said caused loss to the state as he inaugurated the Kundli-Manesar section of the KMP Expressway.

He also inaugurated the 3.2 km-long Ballabhgarh-Mujesar Metro rail link, which would facilitate travel for the people of Delhi and Faridabad and laid the foundation stone of the Shri Vishwakarma Skill University, which will come up at Dudhola in Palwal district.

Addressing a public gathering in Sultanpur later, Modi said with the inauguration of the KMP project, Ballabhgarh-Mujesar rail link and the foundation stone of the skill varsity being laid, Haryana has taken one more step towards all-round development.

"Today's day is important for Haryana." He said with the inauguration of the Kundli-Manesar section, the entire 135 km stretch of the KMP has been completed.

Taking a dig at the previous Congress regime without naming it, Modi, while referring to the KMP project, said today's occasion is to remember two pictures -- one when a work is done and completed with determination, which he said is reflective of his government, on the other hand, the second picture shows and reminds us of how work was done during the previous regime.

"That picture reminds us that work on this expressway had been going on for 12 years...This project should have been completed 8-9 years ago, but it did not happen," he said.

Modi said the KMP project was to be completed much earlier and used during the Commonwealth Games held in Delhi, but that did not happen.

Blaming the previous regime over the KMP project, he said the cost had escalated manifold from Rs 1,200 crore earlier.

The prime minister said while the KMP Expressway and the metro rail link projects will help in bringing revolution in connectivity, the university will empower youth at the same time.

Modi said when the NDA government had come to power, he himself took meetings pertaining to this project and did regular follow-ups with the present Haryana government.

The prime minister, on his arrival at Sultanpur village in this district, went around visual art exhibition pertaining to the KMP project.

Modi was briefed by the officials about the project.

The inaugurations and foundation-laying functions were done by the prime minister through remote from Sultanpur village of the district.

Earlier, Manesar to Palwal stretch of the KMP, whose entire length is 135.65 km, had been opened for public use, Chief Minister Manohar Lal Khattar said on the occasion.

The Bharatiya Janata Party (BJP) government in Haryana has blamed the previous Congress regime for the delay in the KMP project, which they claimed should have been completed nearly nine years ago.

Modi was accompanied by Khattar, Union ministers Rao Inderjit Singh, who is a Gurgaon MP, and Birender Singh.

A sum of Rs 6,400 crore has been spent on the expressway project and 3,846 acres of land was acquired at a cost of Rs 2,788 crore, a Haryana government spokesperson said.

The length of the stretch from Kundli to Manesar is over 83 km. This stretch would have 14 major or minor bridges, 56 underpass or agricultural vehicular underpasses, seven intersections and seven toll plazas.

The expressway will decongest the road traffic from Delhi, especially reducing the number of trucks entering the national capital, helping reduce the pollution.

Besides, the project will also provide high-speed link between northern Haryana and southern districts and provide uninterrupted high-speed link for traffic, especially commercial traffic, from Haryana to neighbouring states.

The prime minister inaugurated the Rs 580 crore Metro link, at Sultanpur village in the district.