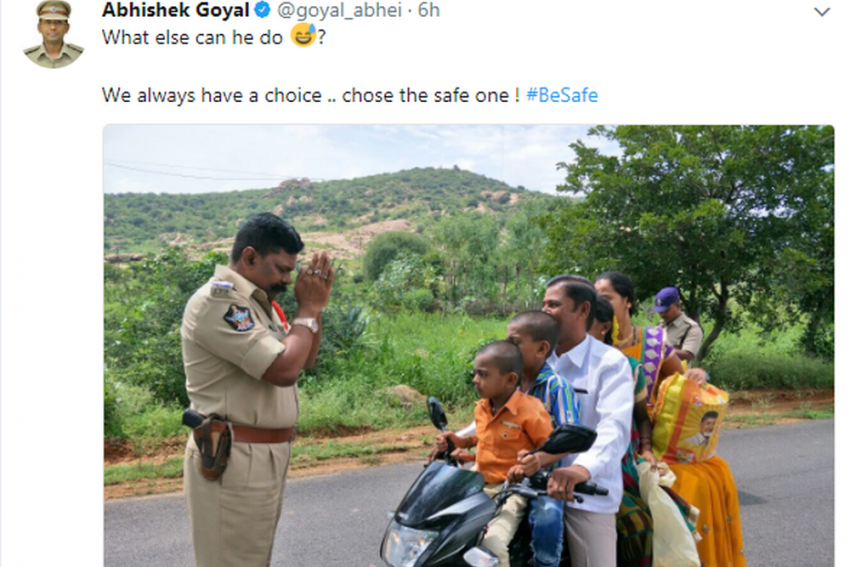 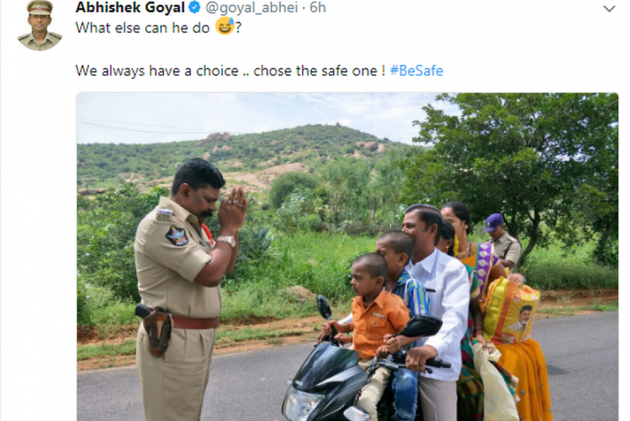 In a rare sight, a cop from Andhra Pradesh is seen folding his hands, perhaps pleasing or in utter disbelief, after he sees five people traveling in a motorcycle that is made to seat two.

A picture shared by the Karnataka IPS Officer Abhishek Goyal shows an officer, hands folded and head bowed, standing in front of a bike that was somehow able to accommodate 5 people, including two children sitting before the rider and 2 women sitting behind him with none of them wearing helmet.

What else can he do ?

We always have a choice .. chose the safe one ! #BeSafe pic.twitter.com/noLHyAMqBn

The concerned people in the picture appear to have violated many a law, including Section 194A (overloading of passengers) and Section 194D (driving without a helmet), according to the Motor Vehicles Amendment Bill 2017.

However, the picture in question is a common reality found among the country's middle-class commuters, thanks to its growing population and the world-famous ways of 'jugaad'.

Comments in the tweet point out to the commonality of such violations of law with one user saying that the picture isn’t shocking because riders in Uttar Pradesh, the most populous state in the country, can manage to fit in 9 people in a bike. Another one calling it a 'typical middle class mode of transportation'.