MF Hussain's Birthday: Five Most Talked About Paintings Of The Pablo Picaso Of India 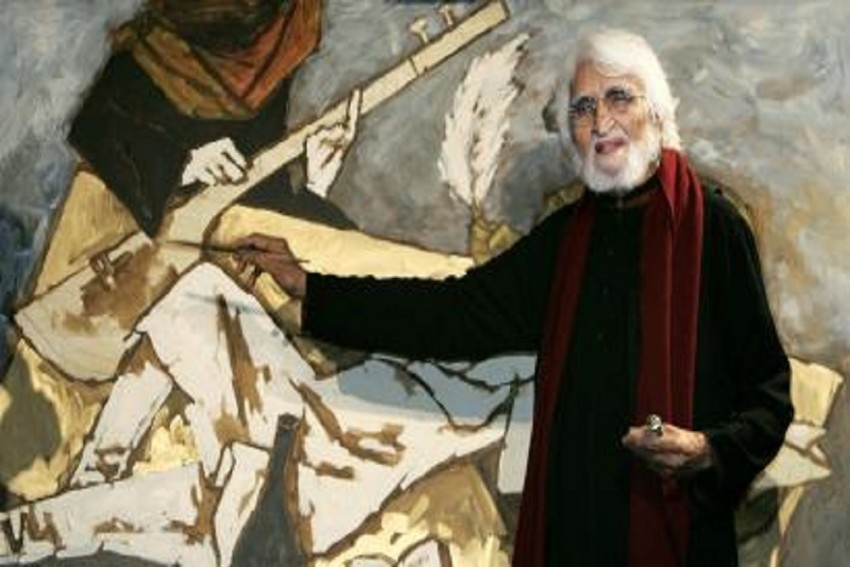 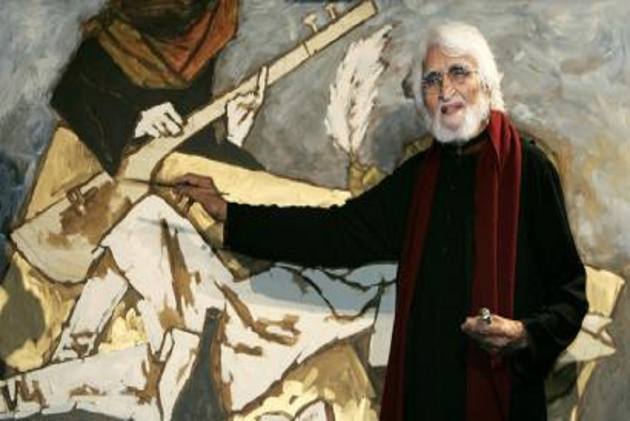 Art maestro Maqbool Fida Hussain popularly known as MF Hussain is hailed as the Pablo Picaso of India. The great artist had his share of fame and controversy over his art works. He is one of the most celebrated and internationally recognised Indian artists of the 21st century. His paintings depicted diverse issues from mythology to social issues. The self taught artist started his career by painting cinema posters. On his birthday we bring to you the most talked about paintings of MF Hussain –the artist who lived his life with passion and energy. 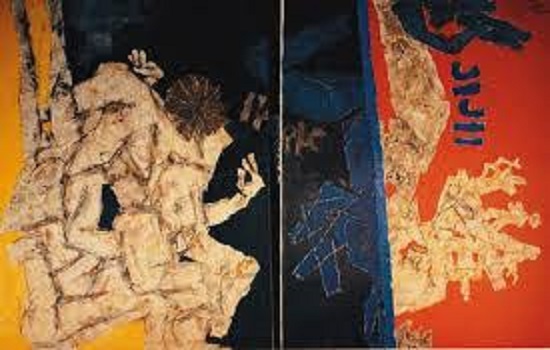 Battle of Ganga and Jamuna

The painting was based on Hindu mythology which developed a connection between Ganga and Yamuna. The painting depicts the battle between right and wrong. This oil on canvas from the Mahabharata series is perhaps one of Hussain’s most prolific paintings. The painting was completed in the year 1971.  This painting had fetched over one crore Indian rupees in the year 2008 when it was placed on auction. 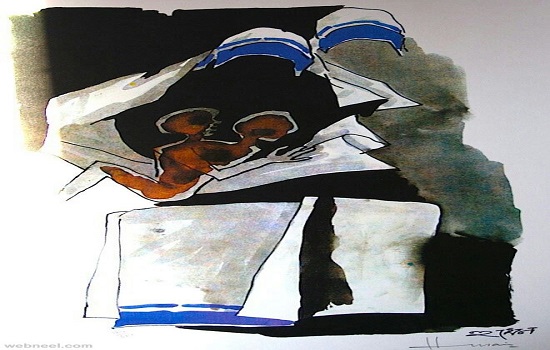 MF Hussain was attracted by the aura of many famous personalities which found place in his art works and one of the most famous personalities was Mother Teresa. Hussain painted over 18 canvases of Mother Teresa from 1980 onwards. He was highly moved by the life and work of her. The first one of the paintings of the series of Mother Teresa which was made in 1980s depicts the maternal aspect of the Christian saint. It is a faceless painting where the artist has highlighted the inner beauty of the saint. 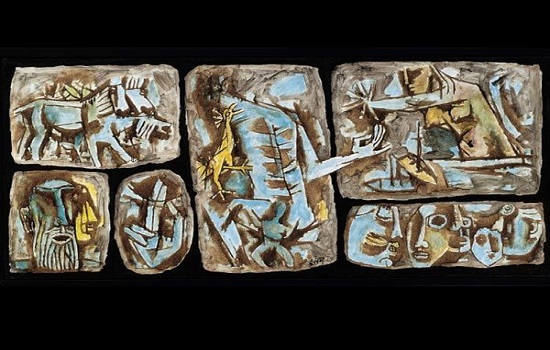 This is one of the last few paintings to be sold during his death in the year 2011. It was auctioned at 3.3 crores in Indian Rupees. This painting of the Sixth Seal is taken from the contemporary art work which shows man, woman, animals and birds. 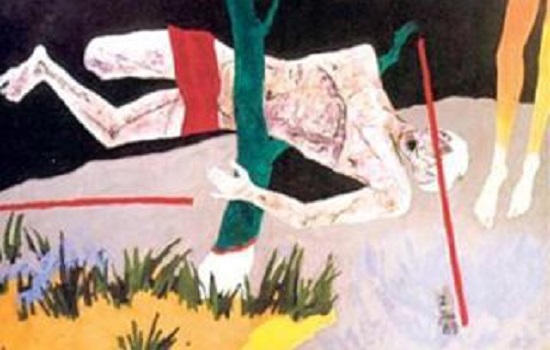 This painting depicts the contemporary happening in our society. It speaks loudly about the fatal attack on the theatre artist Safdar Hashmi. The painting was sold at a whopping price of Rs 4.4 crores in the year 2008 at an auction held at Kolkata. 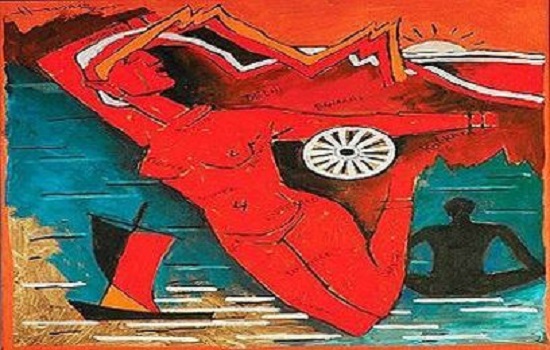 This is one of the most controversial paintings of MF Hussain which he had mentioned that he never gave his painting this title. The painting in bright red which portrays nudity aroused a lot of protest in different parts of the country.