Party Not Happy With Raje's Style Of Functioning, BJP's Rajasthan Wing Writes To Shah Seeking Her Replacement Ahead Of Polls

The BJP lost two Lok Sabha seats and one Assembly seat in the recently held bypolls in Rajasthan, the results of which were declared on February 1. 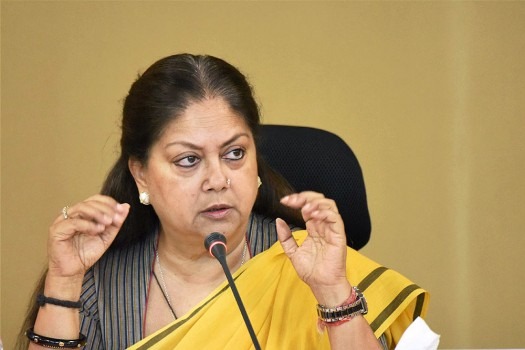 The BJP lost two Lok Sabha seats and one Assembly seat in the recently held bypolls in Rajasthan, the results of which were declared on February 1.

The next day, Choudhary wrote to Shah in his party letterhead, saying, "The people of the state are not happy with Chief Minister Vasundhra Raje's style of functioning. The party workers are losing confidence due to her working style."

Describing Parnami as a "slave of Raje", Choudhary alleged that he was continuously causing damage to the organisation.

Claiming that Raje had fallen into the bureaucracy "trap", he said the chief minister was leading the party on to a path that headed nowhere but towards defeat.

There was anger against the Raje-led government among all sections of the society, including the farmers, Choudhary said, adding that the general opinion among the party workers was that the state leadership should immediately be changed to infuse energy into the organisation ahead of the Assembly polls.

Kota is known as a BJP bastion. The saffron party had lost in only one of the 17 seats in the district in the 2013 state Assembly polls.

When contacted, Choudhary admitted that he had written the letter to Shah.

Maintaining that he had put forward the plight of the workers before the party's national head, he said, "Each and every word in the letter is that of the party workers."

Bundi district BJP spokesperson Sanjay Lathi echoed the views expressed by Choudhary and admitted that there was deep unrest among the party workers against the state leadership.

He suggested that the government and the party jointly probed the reasons of its bypoll defeat and worked towards gaining the lost confidence and energy of the party workers.