The Indian Army Chief also backed the government's decision to call off dialogue with Pakistan, asserting that talks and terror cannot go together. 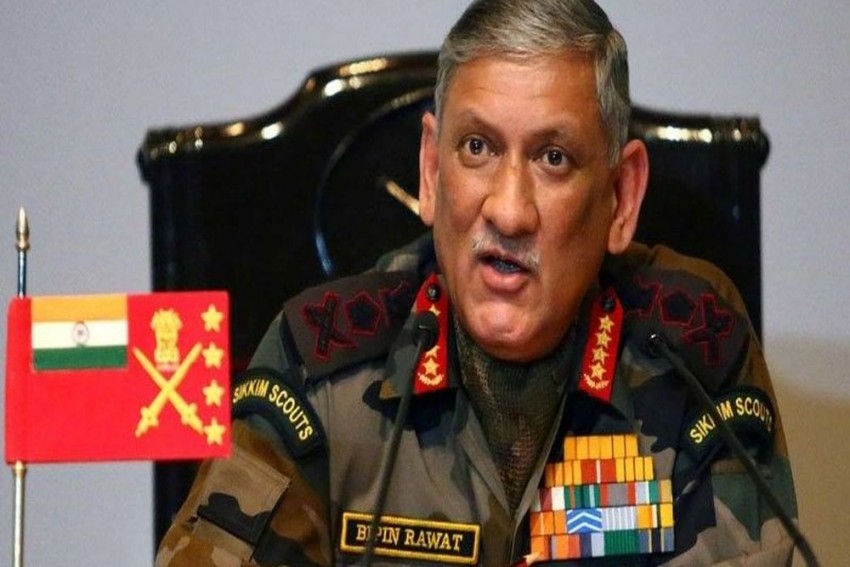 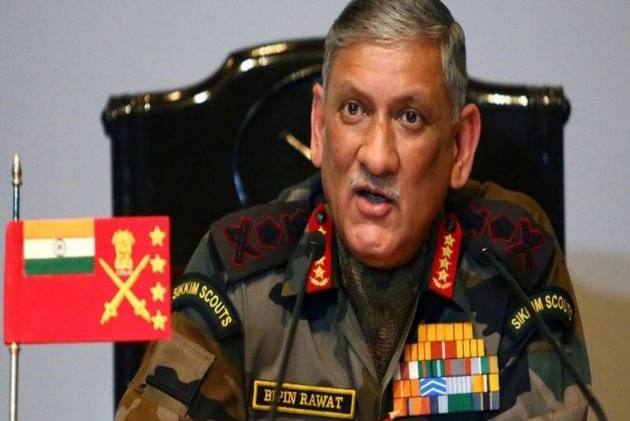 Indian Army Chief General Bipin Rawat on Sunday said that Pakistan has been carrying out "barbaric acts" of terrorism in Kashmir, adding that the Pakistan Army is used for the same.

On the issue of Border Security Force (BSF) soldier Narendra Singh's throat slit by Pakistan troops near the International border in Jammu, General Rawat came down heavily as he told ANI, "We are fully aware that Pakistan wants terrorism to continue in Kashmir. They have been carrying out barbaric acts and Pakistan Army is used for doing this. It is not the first time that they have done it. If you look at the Kargil operations, similar acts had been committed against our personnel; Major Kalia is a case in point."

"But every time we question them for their activities, they say these are terrorists who come from our own territory, that these are our own people. This kind of lies and misperceptions are always propagated by Pakistan. I think the world at large has understood the truth and that's why they are facing flak," the Indian Army Chief added.

He further stated that Pakistan "has been trying to motivate and radicalise the youth in Kashmir by giving them the hope of Azadi," adding that most youth are misguided easily as they don't understand what Azadi they are looking for.

"Pakistan has decided to bleed India with thousand cuts. It's the policy of Pakistan. The creation of Bangladesh, which happened with the help of India, was a very humiliating defeat for them, and they feel that this is one way of avenging that defeat. They are avenging this defeat by causing casualties to our security forces and creating mayhem amongst the people. The mayhem that they had created in Bangladesh, they want to create a similar mayhem in Kashmir. But they are trying to involve the locals, unlike what they had done in Bangladesh," General Rawat said.

Addressing the peace talks between India and Pakistan, General Rawat believes that there is disharmony between the civil and military authorities of Pakistan.

"When Imran Khan came to power, he tried to send some messages of peace. But whether the entire establishment in Pakistan wants this peace is what we have to ascertain. There seems to be some kind of a variation in what is being uttered and what we are seeing on the ground. I think there is a disharmony between the two," said the Army Chief.

When asked to comment on the Indian and Pakistani Army performing military exercise together at the Shanghai Cooperation Organisation (SCO), General Rawat stated, "It is not that the Indian and Pakistan armies went together. We are now carrying out training with various armies of the world. Most armies want to train us because of our professionalism."

The Army Chief stated that the Indian Army was sought after for joint drills in the international stage, saying, "With any kind of joint training that is carried out in a multinational environment, most countries want India to participate, like recently we did in Bay of Bengal Initiative for Multi-Sectoral Technical and Economic Cooperation (BIMSTEC) and in the SCO. It is just to learn from each other's experience and at the same time, we can also showcase the kind of professionalism that we have in our Army."

The Army Chief further hailed the courage of the Indian Army on the occasion of the centenarian celebration of the liberation of Haifa in Israel by Indian troops in 1918, known as Hafia day.

"The courage of our soldiers is unparallel in history. Haifa is just one such incident," General Rawat stated.