Home  »  Website  »  Arts & Entertainment  » Reviews  »  Padmaavat Review: If Anyone Needs to Protest (Peacefully) It Is The Descendants Of Khilji, Not Karni Sena

The Karni Sena members should have been actually pasting the posters of Padmaavat instead scaring multiplexes from screening the movie. 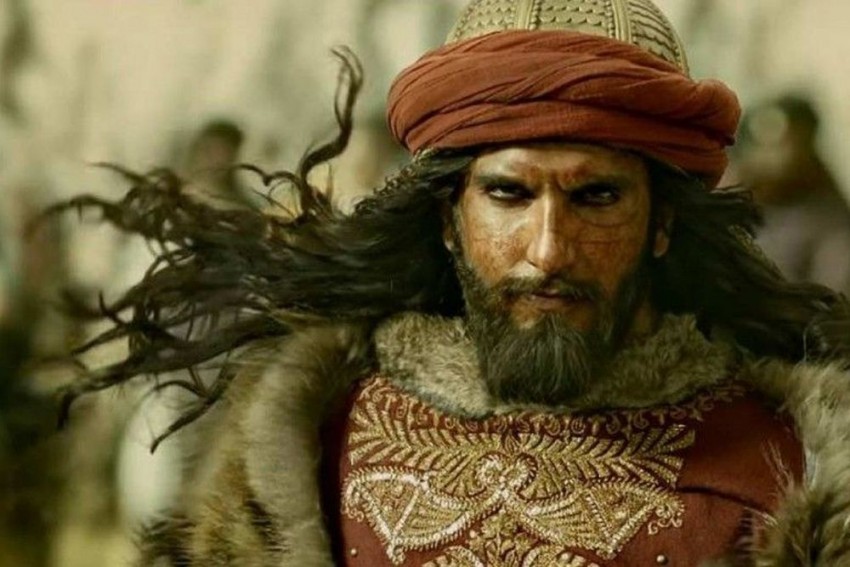 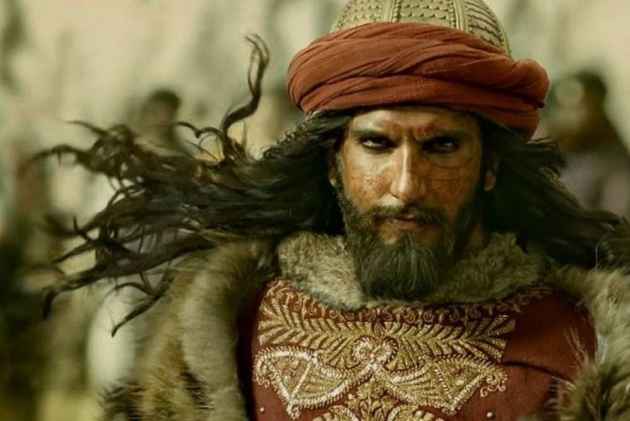 As the Karnik Sena and its goons created an atmosphere of fear to prevent the release of Padmaavat in many North Indian states, the film had a grand opening in Chennai on Wednesday. The premiere shows, many of them ticketed, were packed and as the film ended the audience rose in unison to applaud not just for the grand spectacle that the movie was, but also its tortuous journey towards the theatres.

“So what is it that these idiots are protesting about? The Rajputs have been glorified – in fact over glorified. So where is the insult?” asked R. Manikandan, a HR executive who had come with his colleagues. In fact he and his friends were seen riling another colleague who, before seeing the movie, had supported the claims of the Sena.

If anyone needs to protest it is the descendants of Allaudhin Khilji  – played with gay villainous abandon by Ranveer Singh – as he is shown as a lustful, barbaric, scheming, double crossing tyrant whose only ambition is pursuit of power, wealth and women. His murderous streak claims the lives of his uncle, nephew and even the defecting advisor from the Rajput side. He invades Chittor only to take home Padmavati as a concubine. No niceties for him.

But the Rajputs more than compensate and are full of sweet talk, good intentions and noble deeds. So Ratan Singh (Shahid Kappor) even plays doting host to Khilji and lets him return unharmed to his tent. He spurns the suggestion of taking Khilji a prisoner with the lines, “A Rajput never betrays his guest.” But Khilji does as he takes Ratan Singh prisoner during his return visit. When Ratan Singh says he was wrong to have trusted the invader Khilji mocks, “Even the one above does not trust me.”

And Rajputs are portrayed as the ultimate examples of valour and sacrifice. “Every Rajput who gets killed defending his country does not just die but becomes immortal,” is what Padmavati hears before Ratan’s trip.

And she in turns while exhorting her fellow Rajput women to immolate themselves recalls how they represent the battle against evil, just as the Pandavas and Lord Rama did during their times. The film actually portrays the Rajputs as practitioners and upholders of a proud tradition. If they can be faulted for anything it is for being too nice guys. The Karni Sena members should have been actually pasting the posters of “Padmavat” instead scaring multiplexes from screening the movie.

The film has no scene that shows Khilji and Padmavati coming face to face even once, leave alone the much dreaded love making scene. The only Khilji she comes face to face is Mehrunissa, the first wife of Allauddin, who actually helps her to spirit away Ratan.

The movie is a typical Sanjay Leela Bhansali treat, strong lead characters, brilliant visuals, well choreographed dances and fights and some pithy dialogues. Ranveer Singh walks away with the acting honours as one actually gets to like this despot. Shahid Kapoor is the perfect nice guy like in Jab We Met– only this time with a Rajput title and robes. Deepika Padukone is beauty personified and is more restrained as the tradition bound queen compared to her more sensuous show in her previous historical with Bhansali Bajirao Mastani.

If unchained by constraints, Bhansali most probably would have extended Khilji’s obsession with Padmavati with one searing confrontation between the two where they actually come face to face at least for a verbal joust. The absence of such combustible chemistry is what robs the film of its cinematic moments. Instead Bhansali has chosen to play it safe by sticking to known historical instances. Given the anger and threat he  received, Padmaavat could very well be Bhansali’s last historical.