Government data has revealed that 11,084 people lost their lives in 2015 due to speed-breakers in India, and Karnataka saw the maximum number of deaths among the states.

It means that on an average there were about 30 deaths a day due to ‘faulty and non-standardised speed-breakers’.

Rakshatai Khadse, a BJP MP from Maharashtra, brought up the deaths due to speed-breakers in Parliament. Data on the matter was tabled by MoS for Road and Highways, Pon Radhakrishnan in Parliament, first reported by the website Quartz.

While answering the question, the government said it was working on reducing speed-breakers on National Highways and removing the unauthorized ones that are constructed by locals. 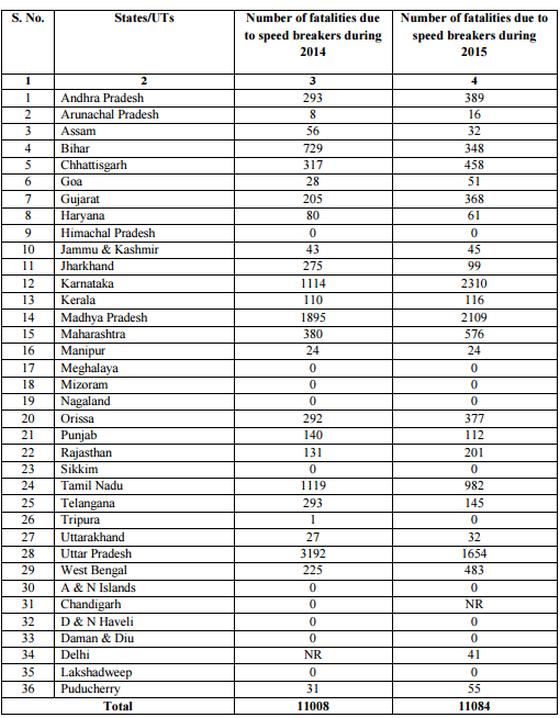 The number of deaths in Gujarat and Karnataka due to speed-breakers saw a massive spike in 2015. Figures from Uttar Pradesh suggest a sharp decline between the two years also.

India’s roads flip from dormant to active graveyards for people using vehicles. A report in The Times Of India mentions how the number of fatalities on Indian roads increased to 1.46 lakh in 2015, a 5 percent increase over 2014.