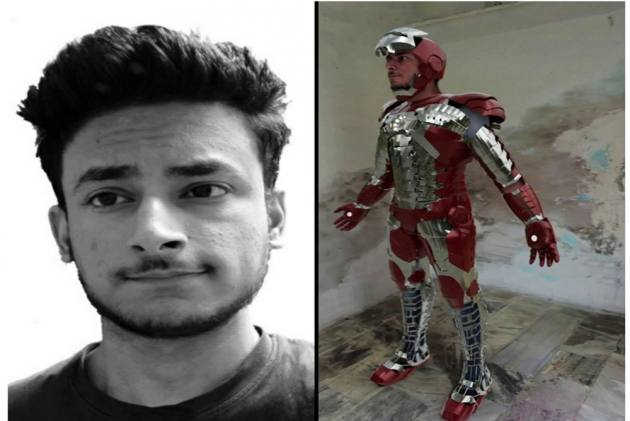 In a conversation with Loki, he said he was a childhood fan of Iron Man. When he was in class 5 or 6, he always wants to see Iron Man Mark 5 Suit in real. By the time he came to know that these are designs made with the help of VFX. Lokesh set his mind he will also try to make Iron Man Suit whenever he gets time.

From childhood, Lokesh was very passionate about VFX. But due to a lack of devices such as pc laptop, he was unable to start VFX. But this problem was sorted when he was in class 9. He got one of the best laptops from his father to continue his passion. Then what, Lokesh starts to learn VFX and build a very good audience on his YouTube.

After completing more than 100 VFX designs now, Lokesh starts to make one of his childhood dreams. He got many failures in his starting of mark 5 Suit. He was learning a lesson from each of his failures. After several failed attempts, he finally made the Iron Man Mark 5 Suit. The Suit which Lokesh made is recognised as one of the best quality Mark 5 Suit after Marvel. Lokesh was in the limelight for many months when he successfully made Mark 5 Suit.

In a conversation, Lokesh said that in VFX, there is nothing that will make you bored. It is the best thing about VFX. He said he was very keen to know about VFX during his starting days; therefore, he used to watch Hollywood Films. He also said that the main reason behind the success of every Hollywood Films or shows is VFX.