What To Do If A Horoscope Is Bad 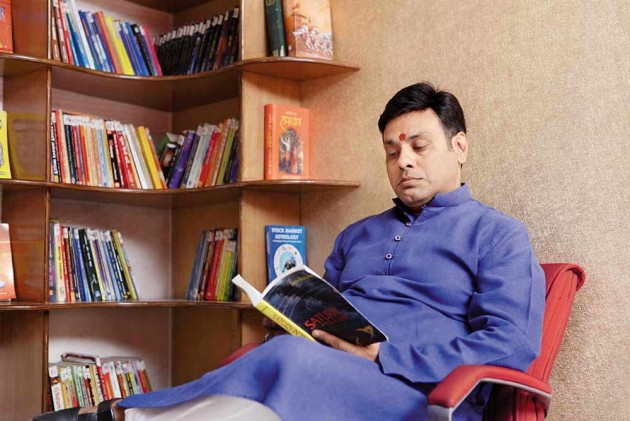 We hear from many people all bad things happening in life are due to adverse planetary positions in the horoscope/birth chart. One wonders then why God has given birth to us & further why a person takes birth in a family with all miseries of life while others with a silver spoon. People often talk about a bad horoscope, negative or weak planets in a horoscope for problems in their lives, and many brag about exalted and positive planets. So we spoke to Dr. Vinay Bajrangi- one of the top best astrologers in India. He unveiled many myths when people talk about can any horoscope be only good or bad & what to do if a horoscope is bad? And how to deal with the negative planets in a horoscope? Here is the summary of his answers for a commoner's perception.

Q - Can any horoscope be good or bad?

DVB – It is absolutely wrong. No horoscope can be only good or bad. You see what is horoscope: it is a mixture & summary of planets that one gets when one is born at a particular place, date & time. Bad planets in a horoscope result from your karmas of previous birth(s), but God has given you "free will" in the present life to mitigate their adverse effects. Same way, good planets in a natal chart are the result of your good deeds of previous lives. But misuse of "free will" can vaporize all their good effects. The planetary positions in people's horoscopes do not delineate their destination exclusively. I have seen that although many planets are in exaltation in the person's horoscopes, they have not done something so admirable. On the contrary, I have also noticed that although many planets are in debilitation in horoscopes, they have done nothing very harmful. This proves that planets in exaltation are no guarantee of persons' cent percent success in their lives. On the other hand, ill-disposed planets are not responsible for persons' debacles or failures in their lives.

Through my blogs and video presentations, I have clarified many times that the horoscopes' planets are located according to the placement of their Lagnesh. This does not mean that planets are always in exaltation. But a powerful Lagnesh can indeed force other planets to exhibit their results according to its wish.

As per astrology, Bhavat-Bhavam is a fantastic thing in itself. It is a fundamental Parashari rule, according to which planets' strength depends on the house in which they are positioned. For instance—the sun has the lordship of the sign Leo. But it is not considered beneficial for its own house if it goes to the sign Capricorn.

Mars positioned in Aries may not be beneficial for Scorpio and vice versa because, again, the relationship is Shadasthak.

Jupiter lies in exaltation when it goes to eight houses from Sagittarius, which is again Shadasthak.

The above-mentioned interpretations made from the Bhavat Bhavam can baffle any astrology student as some of the postulates related to astrology are still unjustified. Some rules that I mentioned above and a couple of things beyond common people's comprehension result in the opposite effects than what they stood for.

Q- How to reduce bad effects of planets?

DVB - The malefic Doshas or blemishes in persons' horoscopes are not a curse to them. Instead, they can use them to their advantage. Doshas that scare them the most can bail them out of difficult situations.

But first of all, let me shed light on some misconceptions before I share the sages' secret.

From the postulates mentioned above, it is evident that the best way to get rid of the miseries is doing Karma evaluation and correction.

Q - How do good Yogas in a horoscope help us?

DVB - I want to share one of the best cases I have ever handled in my life. Once, an aged person came to my office, carrying his son's horoscope. Father told me that his son is forty years old and does nothing to support his living. He also told me that he had shown his son's horoscope to many astrologers, and they all told him the same thing that his boy will shine like a pole star. His son's horoscope was merely an astrological beauty. Most of his planets were either in exaltation or in their sign. He started to have the Dasha/period of his exalted Lagnesh at the age of twenty-four. But he did nothing and depended on his family that poured in from rent. Astrologers said outstanding things about him, but they all proved to be false. Some of their findings include the following:

Scary Doshas in horoscope are not always harmful

I would like to share another case—a young woman came to me with her child's natal chart to get some predictions about him. Initially, I refused to do so because I do not see the horoscopes of children below twelve years of age. Despite her repeated pleas, I gave my consent. She was very sad because many astrologers had predicted negative views about her child. The planetary configuration of her child is as follows:

Despite all these things, I assured her that her child would live a long life and be a successful man in his life. I did not ask to do any rituals. Rather, I gave her a time-plan, wherein I wrote some progress about her child. I also asked her to keep in touch with me every bi-yearly to let me know whether things were happening as per the plants suggested by me.

Q - How to deal with good and bad planets?

DVB - I think with the above two real incidents; I have explained no planet of horoscope gives negative or positive results. I will explain further. Both of the cases mentioned above reveal the following things:

Those born in affluent families may lead an ordinary or average life, whereas those who had zero horoscopes can perform very well.

The man who was supposed to be a hero was spotted struggling at the age of forty. His planets were aligned in such fashion that he was an enemy of himself and was a big zero in his life. On the contrary, the boy whose mother was frightened and worried would live a good life. His natal chart would indicate zero to many astrologers, but those who understand the chart's complexities know that the chart is a hero, not zero.

So one should learn how to activate good yogas & keep bad yogas pacified and that too in the right dasha & gochar(transits). Stop looking if the horoscope is bad or good.

Q - How to judge if planet is strong in horoscope?

DVB - There are certain positions when a planet is considered to be appropriately positioned in a horoscopes. The following situations ensure that a planet is well-positioned in one's natal charts:

Q- How to know/find if a planet is weak in a horoscope?

DVB - There are specific rules in Vedic astrology which make a specific planet harmful or weak to a person. And they are mentioned below:

The rules mentioned above make a planet benefic or malefic. But if any planet is exposed to afflictions, it may rise to many problems in persons' lives. Without any significant afflictions, the planet will give its natural results, based on the guidelines mentioned above. And this will justify whether the planet is strong or weak in one's horoscope.

Q- What to do if someone has a bad horoscope?

DVB - I have explained enough that no horoscope is bad or good; each horoscope has both negative and position planets and planetary combinations. First, one should know how to judge a planet's strength because a negative planet with lower energy will not do much harm. In the same way, a positive/good planet with lower energy may not bestow very good results. But still, if a person has apprehensions that s(he) has a bad horoscope, I will tell you the best way to handle it. It does not mean that your horoscope will stop its impact on you. Because some of the below things, person may not be able to adhere to in spite of best intent. This is because, again a weak Ascendant, Moon (the mind), and impact of some other planets will hold some of your actions. But many who feel to keep such debates at bay can follow simple steps:

Put your horoscope aside; forget what the astrologers or your birth chart say.

Forget what planets were aligned what way when you were born.

Don't forget not to harm persons you interact with, be it family, workplace, friends, or anywhere. Take a simple mantra from me. Think for two minutes before you sleep, re-call all that you did to others & others did to you. Get rid of the tendency of revenge, learn to forgive, do not do anything which you think was not good if others had done that to you.

Any of your habit which you feel is hurting others; try to eradicate it from your daily routine.

Any God you believe in, try to observe a fast day, staying pure vegetarian that day as the least. Like if one has faith in Lord Shiva ( Mondays) Hanuman ( Tuesdays), Lord Ganesha ( Wednesdays) and like that for each God, there are specific days that are auspicious as per Hindu Mythology.

Whatever God you believe in, try to read about them & pick at least one good habits of them.

An evitable but mandatory, respect your elders, be it anyone/anywhere.

Do not copy but learn from the ones, who are better placed than you. You will surely pick something good from them.

In case of inevitable situations of conflicts, try to exit than getting into it.

Do not make donations, fill your fingers with Gemstones to please God or pacify any planet because you never know; that planet could be already exalted.

Mind you I am not only talking about alcoholism, drug addiction and similar things which one should avoid as far as possible. Such things directly affect your mind sooner or later.

Whatever is said is easy to preach but difficult to practice. Yes, it is, but that is what the theory of Karma says. If you cannot follow such things even consulting the best of the best astrologer cannot help you. I conclude by saying: your horoscope is what you did in the previous life(s), your destiny is how you negotiate your karmas in present life & your next life is, what you lay the foundation for today.

This was Dr. Vinay Bajrangi who has written a similar insights on how far should we rely on daily horoscopes. One can read more about him on his website www.vinaybajrangi or contact his office on +91 9278 665588/9278 555588.