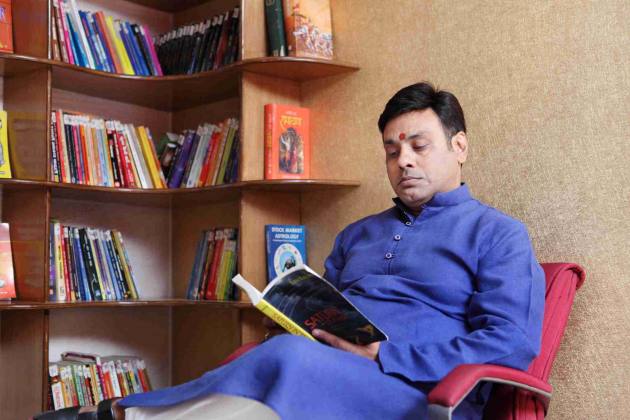 Mangal Dosha, one of Vedic Astrology's most debatable words, has probably become a scapegoat or easy to blame for many. The words Manglik Dosha, Mangal Dosha, Kuja Dosha are looming large and play heavy in marriage-related matters, especially for females in India. Anyone facing delay in marriage, facing issues in married life, and one finds Mangal Dosha being attributed to it in majority cases. But then there are different versions and explanations assigned to Mangal Dosha, so we spoke to Dr. Vinay Bajrangi, Indian Vedic Astrologer, in this series of Outlook initiative. He clarified most of the misconceptions about Manglik Dosha.

Answer - A blemish in the horoscope due to Mars is Mangal Dosha. Also called as Manglik Dosha, it is thought to create problems in married life. The type and amount of problem are not uniform but depend upon Mars's placement in the horoscope. Many websites thrive on doing a quick Mangal Dosha check and prescribing Mangal Dosha remedies, but is that correct?

I have been practicing Vedic astrology for two decades now, and to date, I have found very few natives who have Mangal Dosha in Kundali that could not be neutralised. The whole idea and theology of Mangal Dosha is grossly erroneous and wrongly practiced. Manglik Dosha cannot practically be in a horoscope because of:

1. Can one planet, Mars, gets so much powerful that it eats away the positivity of all the other planets.

2. How can the other planets remain silent and let Mars do all the dirty tricks?

3. If Mars creates a Mangal Dosh in Kundali, then other malefic planets like Saturn should also create Shani Dosha.

4. Mars is intrinsically a malefic planet, but as lordship, exaltation, etc., almost seventy percent time, it plays the role of a supportive planet for the horoscope.

When all the above postulates apply to a horoscope, then who scares the masses with this non-existent Yoga? My research showed that all those who have little knowledge or no knowledge of horoscope reading use this Yoga frequently as it is easy to do a Mangal Dosha check based on Mars placement.

So, if the scare of this Yoga is looming large on your head, then use an authentic Mangal Dosha calculator and then further consult someone who is a master in reading horoscopes.

Following are answers to few questions that may be troubling you:

Does Mars in the second house also create Mangal Dosha?

Answer: No, Mars in the second house does not create Mangal Dosha. Some north Indian astrologers think otherwise, but the fact of the matter is Mars, if malefic, creates a problem in the house that it is placed. So, the best way is to get the horoscope evaluated and perform simple Mangal Dosha remedies.

How to know about Mangal Dosha

To check Mangal Dosha, one has to see the placement of Mars in 1st house, 4th house, 7th house, 8th house and 12th house in a horoscope. We consider Moon sign to check the Mangal Dosha. You will find many astrology sites including mine offer calculators to check

Does Mangal/Kuja Dosha ends after the age of 28 years?

Answer: No, Mangal Dosha does not end after 28th years of age. In fact, if a Dosha is present in any horoscope, it remains present for life. As per Vedic astrology, Mars enters into a different form after the 28th year of the native age. The fierceness or energy of Mars gets channelised after the 28th year, but that does not apply to marriage astrology.

Can one ever get rid of Manglik Dosha?

Answer: You never get rid of Mangal Dosha if it is present in your horoscope. But just get the Manglik Dosha check; it is a very nice probability that you do not have this Dosha at all. Eighty percent of classified Mangliks who walk into my office do not have the Dosha.

Can Manglik/Kuja Dosha delay the marriage?

Answer: Among the effects of Mangal Dosha, one is indeed that it can delay marriage. But, Mars does not act in isolation. Some other planet must be acting as the sole delayer, whereas Mars may be aggravating the issue. So better perform some Manglik Dosha remedies after consulting an astrologer.

Is there any remedy for Kuja/Mangal Dosha?

Answer: There are many Manglik Dosha remedies. But one has to be smart enough to identify which remedy is the best suited. Mars plays on temperament, nature, undue desires, aggression, assertions, and blind following. If one acquires any one or multiple of these qualities, it will affect the marriage part. So it is best to get a Manglik Dosha check and follow the advice of a karma corrector astrologer. A karma corrector astrologer will discreetly identify the Manglik girl characteristic or Manglik boy characteristics and suggest ways to modify nature. So the best remedy for Mangal Dosha is karmic correction and not following mindless materialistic rituals, which will not help but may, on the contrary, harm you. Performing such remedies can only keep you guessing in future, and one may attribute all issues, particularly in married life, to this noble planet Mars. If you ask me, the best remedy for Manglik Dosha is to marry after matching the charts. It will enable you to let the horoscope of the prospective spouse counterbalance characteristics and potency of Mars in your horoscope.

How does Manglik Dosha gets formed in a Kundli?

Answer: To check, go to the Mangal Dosha calculator on my website. You will get an authentic online mangal Dosha check. One can check the Manglik Dosha theoretically but to understand the actual effects of Mangal Dosha, you should consult a good marriage astrologer.

Can a Manglik marry non-Manglik?

Answer: Oh, this misconception is the master of all doubts and myths about Manglik Dosha. But let me clarify, yes, a Manglik can marry a non-Manglik and vice-versa. As said earlier, do not keep any apprehensions in your mind w.r.t. to this question. Firstly, you may not have a Manglik Dosha at all; even if you have it, a Manglik can surely marry a non-Manglik. I would not like to give more astrological reasons here to avoid any kind of misinterpretations. Such decisions are horoscope specific, so better consult a good astrologer before forming your opinion or making any decision either way.