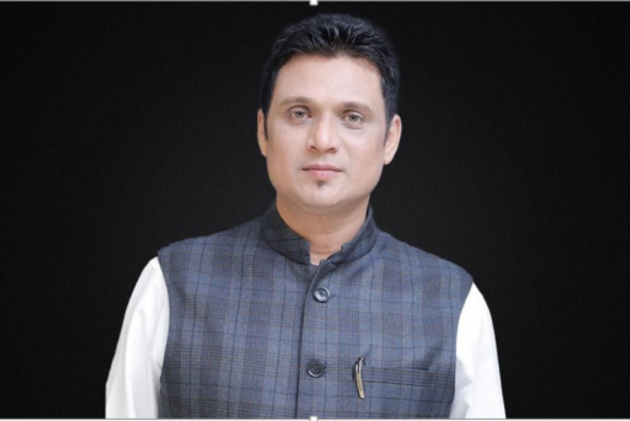 The hardcore and dynamic national-level human rights & social activist roam around rural India with a soft heart and a complete package of the message of peace and humanity.

In Assam, Nationally and Internationally, people know him as an anti-superstition, anti-terrorism, and anti-drug activist. He works against many such social evils as a peace and humanity ambassador.

A National level thought leader, Human rights, and social activist Dr. Dibyajyoti Saikia from Assam, have changed many people's livelihood and gave new life to witch victims across the country. Due to his zeal to reestablish the witch victims, terrorism victims, and drugs victims can mix with society with dignity and pride. Although he is a humanitarian peace worker, he holds a very rational and dynamic personality.

Child Marriage is still a significant problem in some parts of the country. According to the thought leader, this happens only due to a lack of proper education and social pressure, and it can be seen mainly in the minority areas of the country. Activist Dr. Saikia considered child marriage as a social evil. When he gets to know about any such incident, he tries to rush to the spot and campaigns against it. He always tries to eliminate these social evils from the country.

On the government level, he is taken in front of the general public as a humanitarian peace icon because of his 21years of dedication to establish peace and harmony in society. At the administration level, they praise and acknowledge Activist Dr. Saikia's hard work and dedication.

It is seen that due to the communal clashes and witchcraft practices, few backward areas keep disturbing for an extended period. Sometimes the disturbances exceed more than a month. In such a situation, the local police and administration involve Activist Dr. Dibyajyoti Saikia and his expertise. He went to that particular area and studied the matter thoroughly. He organizes campaigning's on that particular incident and start working from the grass-root level. Activist Dr. Saikia brings control over such situations within a few days. He is proud to have such achievement under his name.

During the Covid crisis, Human Rights and Social activist Dr. Dibyajyoti Saikia rushed to the needy people to help them. He reached a few far-flanged areas and distributed food items, masks, sanitizers, and sope. He also educates the people about Corona Virus and how to stay fit during this crisis.

He was involved with televisions shows, radio interviews, and social media to reach the masses to spread awareness about covid-19. He majorly talks about Covid-19 stigma and how to remove superstition from general to superstitious people in these mediums.

Indian human rights and social activist Dr. Dibyajyoti Saikia always try to establish peace and humanity. In Assam and Northeast part, including Chhattisgarh and so many places within India, many victims give him the positing of God. Because of his hard work and effort, they can now live peacefully and merge into society.


Through his work, Activist Dr Saikia establishes himself. He judges every matter systematically and rationally. He is one of the youngest people who are entirely a social reformer. Due to his social and peace work, he has been awarded nearly 100 awards and many felicitations and National and International honours.

Thought leader Dr. Dibyajyoti Saikia seeks a superstition less scientific modern world, equipped with knowledge-based education. People there will rationally establish peace and harmony where no one will create trouble in the name of peace and harmony.

He is always standing like a pillar facing many unwelcomed situations and has survived several attacks.