The Karn, Founder Of Wecript: A person With An Incredible Set Of Characters

The Karn is the founder of sKarn robotics and Wecript, a company that has launched an Indian search engine wecript. 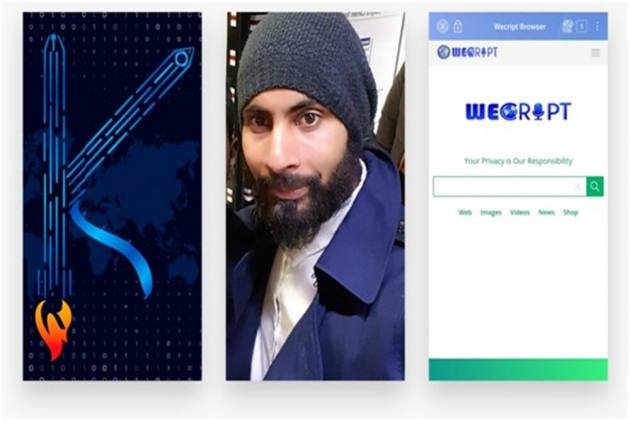 We live in a country where culture, tradition, and heritage have been the most admiring asset which is appreciated and accepted by a lot of people around us. India has always been famous for its incredibility which can be clearly seen in the portrait it is keeping forward for a very long time. But as we all know, “perfection is not possible”. Everything has some differences or imperfections also and so India too has. Discrimination, racism, and blind faiths are some of them. Though we already have walked a long path and are also dignified as one of the leading countries in this modern and sophisticated world, still we are left with so much to learn.

In the latest interview with Wecript Founder, The Karn got us curious on why he chose to add “the” to his name, rather than his own surname. When we heard from him about the reason we were amazed and impressed at his beautiful thought. “I do not believe in representing a single community, I don't want to be under a category and known because of my community. I advocate social equality and believe in equal status and opportunities under the law for all people regardless of gender, ethnicity, origin, caste or class, income, language, religion, convictions or opinions'' says The Karn.

Karn is an excellent big-picture thinker and possesses a unique blend of entrepreneurial spirit combined with a deep passion for both technology and business. His skill set ranges from executive management, software development, product management, to sales and marketing.

He is an independent, worthy, highly enthusiastic, talented, and well-behaved person who with all his might is trying to make India a global leader, even a better place to live in. He strongly believes in humanity and not in caste, religion, and any birth line. The Karn believes that a human should be recognized by its doings and not by its birth. He is a determined person having a strong thought inherited by Dr. B.R Ambedkar who struggled to make India, one country, one heart, and one soul. He had the potential to stand forth with his own country talent. Moreover, he is working too hard to equip India with its own talent and helping out various people to come over with great ideas and innovations.

The Karn is the founder of sKarn robotics and Wecript, a company which has launched an Indian search engine wecript, variety of other apps and tech products and other sophisticated techy equipment which is the necessity of this modern world but also thinking about the personals and taking care of an individual’s privacy.

This company deserves to be excelled and should get a good position even as it follows the guidelines of the government and knows its boundaries too. A startup company that secures you from cyber threats is one of the top debating topics of this generation. Moreover, the technologies we are addicted to are mostly foreign borne. But sKarn brought you the Indian talent that too with the same strata.

Our country has given birth to a lot of people who have left their mark on the world. The Karn is one of them, a person having immense respect for his motherland and dreaming high to make India a leading country.