Tariq Ahmad Khan is an actor-influencer and businessman with around 19.9 K followers on Instagram. 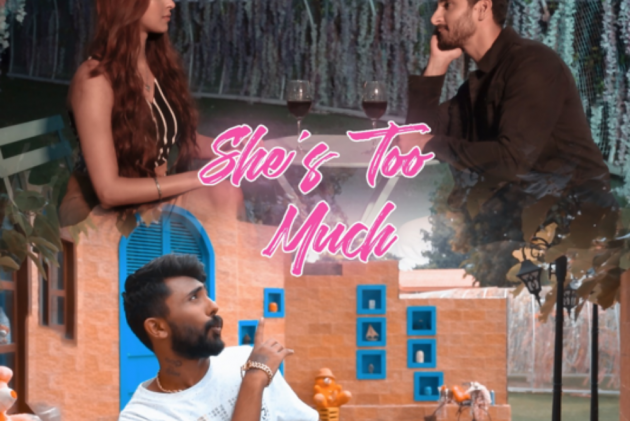 Tariq Ahmad Khan, a budding actor in the scene, is featured in a new music video, "She's Too Much," with the talented, lyrically strong M-Zee Bella. One who won hearts with his heart touching rap on MTV Hustle. He can convey the best of emotions with the best set of words. This music video is brought up by the new and upcoming music label FHigh Music.

We're living in the 21st century, in a world budding with content creators, podcasters, influencers, etc. And in 2021, we're struggling with a pandemic. Corona Virus brought with it boredom, difficulties, sadness and many such things. Amidst a harsh situation and a dire need for jobs, people are searching for jobs, and most of them are slowly venturing into offbeat careers like those mentioned above.

To begin with, Tariq was born in Mumbai on 4th October 1997. He is a 24-year-old actor and a fitness lover. His hobbies are Gymming and bodybuilding. Although he was born in Mumbai, Tariq moved to Lucknow as a child. It seems the city of superstars even though he left it.

He completed his schooling at Lucknow Cathedral School and graduated from Amity University. If you ask him, he'll surely tell you that he's a proud Indian. He has an amazing personality, the height 5 '10', and weighs 68 kgs.

Let's understand his professional career as an actor and influencer. A perfect instance of passion turned profession. His journey of creating reels kick-started his journey of social media, specifically Instagram. Entertainment and the Comedy genres are what he creates reels in.

Success is something he's achieved along his journey, and his loved ones are super proud of him.

He says," We had an amazing team, and Bella was amazing as usual when talking about the video process. This is a commercial song about a girl and boy who are in a relationship, and it shows a funny side of the relationship. The process was an experience, and even though the team was young, it didn't lack experience at all."

'Travel more, live better.' Tariq lives by this motto. He travels quite often and enjoys London. He watches Bollywood films, and his most-liked Bollywood stars are Shahrukh Khan and Jacqueline Fernandes. He is fond of football and is a fan of Lionel Messi, a top Football player.

Tariq is passionate about whatever he does in life. He believes in making his dreams a reality, and that's truly inspirational. Tariq Ahmad Khan is an actor-influencer and businessman with around 19.9 K followers on Instagram. His reels have reached many people, and they love them. The pandemic hasn't stopped him or his passion.