‘Hastkshep’ and ‘Nazariya’ are complete guides for students aspiring to be civil servants or those preparing for similar examinations. 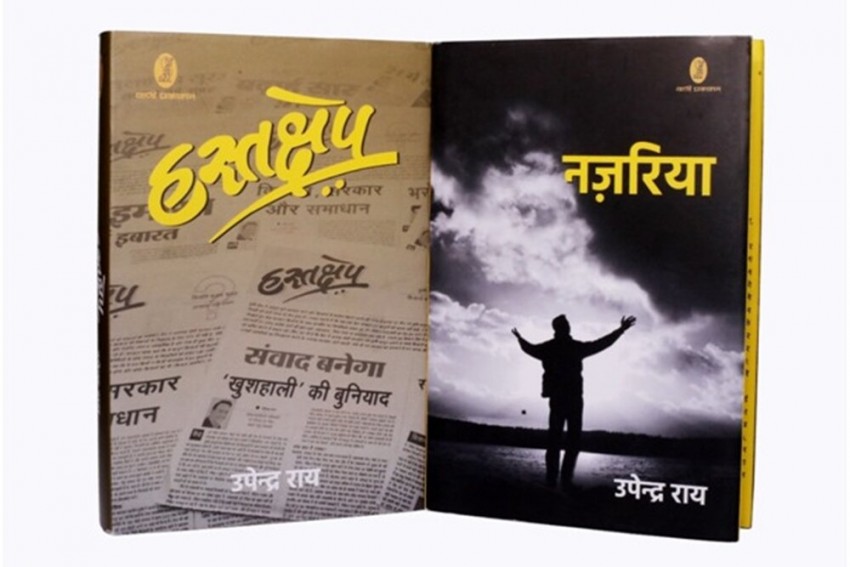 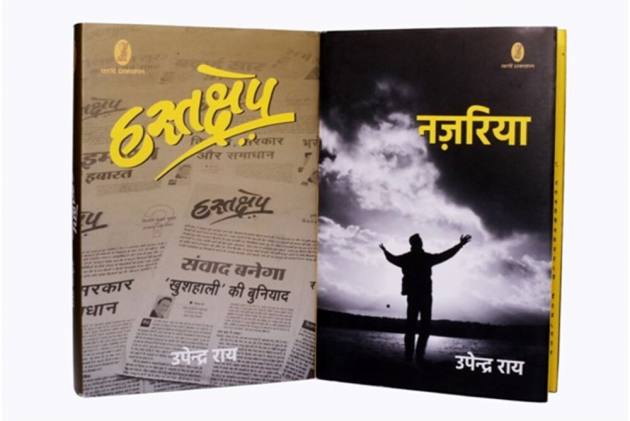 The chief executive officer (CEO) and editor-in-chief of the Sahara News Network, Upendra Rai, is coming up with an anthology of his articles. The famous Hindi publishing house Vani Prakashan will publish this collection in two volumes titled ‘Hastkshep’ and ‘Nazariya’. Both books will soon hit the book stores.

Upendra Rai needs no introduction. He is among the leading journalists in contemporary Hindi print and electronic media. From the echelons of power to the pulse of the populace, Rai’s ears have always been close to the ground. His keen observation bolstered by a profound and objective analysis makes his write-ups a treat to the readers. The world has changed at a frantic pace during the past 12 years, our country being no exception. Rai’s profession has made him witness these unfolding changes from the front row. He has used the power of his pen for a meaningful ‘Hastakshep’ (or intervention) in society’s interests while giving his readers and viewers a fresh ‘Nazariya’ (or perspective).

Upendra Rai has been documenting his vast experience in his regular columns for the Hindi paper ‘Rashtriya Sahara’. His weekly feature ‘Hastkshep’, as well as column ‘Nazariya’, have made a special place in readers’ hearts; one reason why his books bear the same name. Keeping up with the times, Rai’s insight is also reaching the masses for the past year through his weekly news-based show titled ‘Hastkshep’.

However, TV and print mediums have their limitations. They are an effective means for the dissemination of information but can also sometimes swarm the mind with its overdose. Not everybody has the time and patience to discern the news that is truly worthy of attention from the heaps of content these mediums incessantly pile on public minds. ‘Hastkshep’ and ‘Nazariya’ will do just that for their readers. These will not be mere books but the most authentic document of the contemporary history adorning the bookshelves.

As the cliché goes, the only thing permanent in time is change. Yet, seldom has time seen the winds of change moving so fast as in the period that this book captures. The fulcrum of the world order has started shifting during the past 12 years. While old superpowers struggle to hold their ground, the emergence of new ones is posing fresh challenges. Health has become a more pressing concern than security at borders for most nations. The geopolitical strategy is completely entwined with economics. India’s surge, on the path of, progress has given the world new hope. Yet, the world’s largest democracy is also not free from headwinds of radical transformation. The decade gone by has left the country with events and developments that history will surely judge as decisive. Destiny seems to have chosen Prime Minister Narendra Modi to steer India clear amid these tides of time. More than 1.35 billion Indians are marching towards their rightful place in the world as citizens of a new India under PM Modi’s leadership. His ascension to power in 2014 has put India on a course to her tryst with destiny.

The country still has miles to go and many challenges to meet. The people of India can be equal stakeholders in this journey only if they are well-informed. The power of knowledge is their only weapon to help their motherland win over these challenges. Upendra Rai’s upcoming books aim to give this power to every Indian. They intend to illuminate the readers’ minds in every aspect defining their world; be it politics, science, diplomacy, foreign affairs, defence policies, arts, or sports.

We live in an era of hyper-information. This makes it harder to get the knowledge that can truly enlighten. You can nibble through various news platforms at the whim of your fingers. Still, a perspective that makes sense of the complicated world around us is hard to find. Indian media’s credibility is at an all-time low. Not many have time to sift the chaff from the grain that is dished out 24X7 by news media. Rai’s books will fill this gap with credible information and objective analysis. ‘Hastkshep’ and ‘Nazariya’ are complete guides for students aspiring to be civil servants or those preparing for similar examinations. They deserve a place in your library even if all you want is a right understanding of the truth of your times. Rai’s endeavour is to bring these books to a wider audience and plans are in place to publish their English versions soon.

Umesh Chandra Padala, One Of The Highest Paid Political Campaigners Of Telugu State