Live Entertainment Is All Set To Bounce Bac: Kowshik Komandur

Kowshik Komandur, who is currently working as a Director - Content Alliance and Digital Services with one of the leading telecommunication companies pioneer in mobile entertainment for carriers across India, shares his insights on the Live Entertainment industry. 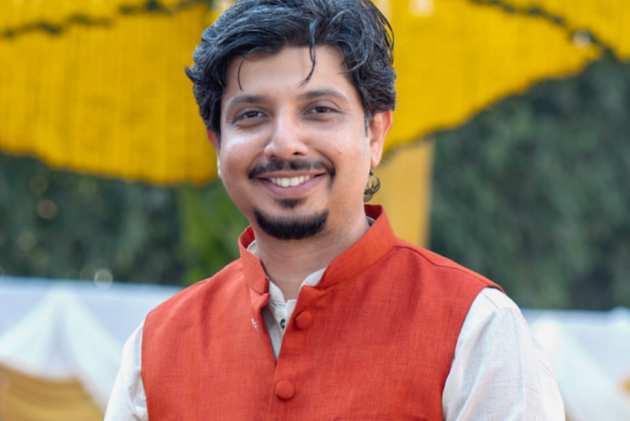 Remember the days when you danced to the tunes of your favourite singer at a concert? Or laughed out loud at a comedy club? Or were mesmerised by a play? You are not the only one who wishes they could turn back time. Live entertainment is a lucrative business that may now be undergoing a permanent change in the wake of COVID-19. Kowshik Komandur, who is currently working as a Director - Content Alliance and Digital Services with one of the leading telecommunication companies pioneer in mobile entertainment for carriers across India, shares his insights on the Live Entertainment industry.

Concerts and music festivals dominate the live entertainment industry. There is a good reason for that. The rise of digital streaming platforms such as Spotify and the overall democratisation of music has meant that artists are left with only one major revenue stream. Album sales have been dwindling for years, and music streams only pay out fractions of a cent at a time. On the other hand, live shows — be it tours, festivals, or one-off concerts — command some of the highest ticket prices ever. The rich ecosystem of artists, venues, ticket sellers, production companies, vendors, and travel operations involved in such tours meant that the live music industry was worth over $20 billion globally in 2019. That figure was gradually increasing year on year until the pandemic hit.

Adjusting to the New Normal

As concerts, festivals, and live gigs were cancelled or postponed due to social distancing and lockdown measures, nearly every in-person entertainment venue around the world has been silent for the past year and a half. Music artists have resorted to virtual concerts, plays are being screened on Zoom, and stand-up comics are live-streaming their performances on YouTube. Even as artists improvise, we have seen incredible success stories. For instance: Verzuz hip-hop and R&B battles on Instagram racking up millions of views, BTS’s record-breaking pay-per-view concert selling around a million tickets, and Dua Lipa Lipa setting the benchmark for audio-visual creativity forged under unprecedented constraints through her album Future Nostalgia.

Platforms such as Twitch, Yoop, Restream, among others, have become more popular during lockdown among musicians, especially as they try to bridge the gap between live concerts and virtual music streaming. While the reach for shows hosted on these platforms is truly global, dwarfing the numbers seen at a physical concert by millions, the revenue falls substantially short. As a result, these viewers represent a promise for the future than for now as artists hope that they turn into potential ticket buyers when live shows eventually return.

With vaccination rates ramping up, especially in the first world, live outdoor events are not far away. Ticketing giant Live Nation predicts that large-scale shows will be back in the US by summer 2021, while London’s famed summer festivals are already selling thousands of tickets. There is hope that revenues could return to pre-pandemic levels as with the onset of lockdowns around the world and more time in hand, there is a new breed of viewers who have taken up to live shows.

But, just like everything else, the live entertainment industry will also be adapting to the new normal.

Despite lowly revenues, the importance of streaming to the industry will continue to increase. Its share of total revenue in the music industry has grown from 9% to 47% in just six years. Music promoters, however, will continue to look for newer monetisation strategies.

Perhaps the most intriguing development to watch post-COVID are hybrid events. The industry is beginning to experiment with live streaming, a physical event that can multiply the audience manifold. There are other intersections of virtual and real where fans can scan a code at an event that gives them further access to the artist who is performing. However, it won’t be a straight path ahead.

The Indian Live entertainment scenario is very similar to what we see globally. From 80 billion in 2019, the revenue fell and was valued at 27 billion Indian rupees in 2020. It is estimated to reach 95 billion rupees by 2023, showing a CAGR of 52 per cent, which came to a halt due to COVID-19. Industry leaders are banking on the success of innovations such as hybrid events to reach anywhere near that projection since getting sponsors remains a key issue in virtual-only circumstances. Most experts, however, remain optimistic about the long-term outlook of the industry. A FICCI and EY report estimate that the market should go beyond even pre-pandemic levels by 2023.

Experts are bullish about prospects because ticket sales only account for 30% of all live revenues in India. At the same time, the rest is split up between brand sponsorships, private events, merchandise sales, and others.

The Indian government is also expected to serve as a saving grace for an industry that employs over 60 million people directly or indirectly. With many million livelihoods affected and crores wiped out from the economy, the Event Management Association of India is already working with the state government to aid the industry.

The live entertainment industry is no stranger to disruptions. Just like the industry has adapted and reinvented itself over the years, it will do so again as outdoor events slowly resume. These events might not look like what they did in the past; they might look better.