Films Have The Power To Break Boundaries

Filmmaker Vikash Verma aims to deepen bilateral relations between India and Poland with his upcoming action thriller, No Means No. 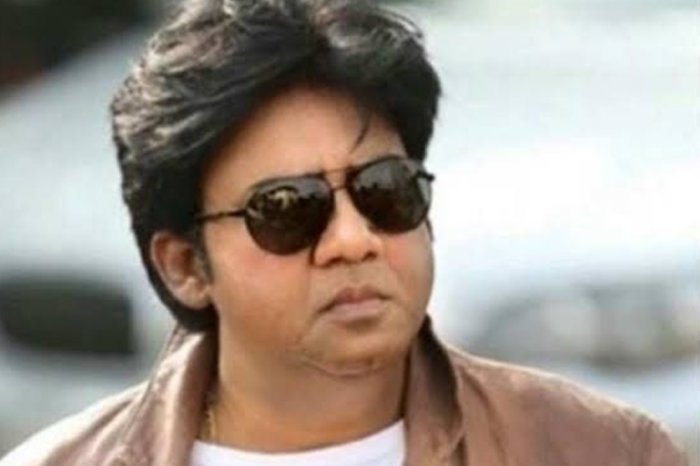 On March 22, 2017, the chairman of G7 Films Vikash Verma, along with Sanjay Dutt and Imtiaz Ali was honoured by the Bihar Foundation at a grand function in Mumbai on Bihar Divas, a government of Bihar initiative.

Bihar Foundation's, Ahsan Hussain says, “Verma has done a remarkable job by making Bollywood popular in Poland. He has also set up his own film production company there. Verma’s efforts have helped the tourism sector to build a strong cultural bond between the two countries.”

'No Means No' is the first Indo-Polish film ever made. You were conferred with the prestigious Bihar Government Award for rekindling bilateral ties and recently, G7 Films Poland also won the Showbiz Award for the best trailer. How do you feel about it?

I am beyond elated and extremely proud that I got to make this film a reality. We gladly faced logistical, stunt and other creative challenges head-on to make a film that is raw, explosive and huge in scale. I would like to dedicate this award to the cast and crew of the film for their tireless efforts. It is incredible to receive so much love but it wouldn't have been possible without their support.

Tell us more about your film.

It's a story of an Indian ski champion (played by debutant Dhruv Verma) who goes to Poland to participate in a ski championship and falls in love with a Polish girl. However, things soon take an unexpected turn and he has to fight with all his might to save the girl he so deeply loves. The film is about female empowerment complemented by a love story.

What was your process like while directing the film?

Directing a film of this scale was always going to be a challenge. Nevertheless, with a talented crew that supported me, I took this challenge head-on.

How supportive had been the Polish government as you shot the major portion of the film there?

The people of Poland, very much like Indians, are very humble and family-oriented. They welcomed the Indian crew with open arms. From early on, the Polish authorities realised that this film was special and it was going to do wonders in promoting brotherhood, harmony and understanding between our two nations. Polish Crew and Actors working together with Indian Crew and actors was a testament to this fact. Therefore, I was honored by their support during the whole shoot in Poland. We had absolutely no problems there whatsoever and the local authorities were extremely helpful. Support was shown by Deputy Prime Minister of Poland Prof. Piotr Glinski and Right from India, the then ambassador of Poland to India, Tomasz Lukaszek, the Hon. Consul General of Poland in Mumbai, Mr. Damian Irzyk , The Hon. President of Bielsko BiaÅÂa Mr. JarosÅÂaw Klimaszewski, and Hon Member of Parliament  Mrs. MaÅÂgorzata PÄÂpek, also chairwoman of the Polish & Indian Parliamentary group encouraged us and showed their full support in making this film.

Many Bollywood celebrities have mentioned the film on social media. How do you feel about it?

Getting a shoutout from fellow industry titans always fills me with gratitude and positivity and this support is a benchmark in our industry as a whole. I am really glad that Shri Subodhkant Sahay (Former Minster of Home & Tourism of India), Sanjay Dutt, Shah Rukh Khan, Manyata Dutt, Preity Zinta, Suniel Shetty, Hariharan (Music Maestro), Neetu Chandra, Vijay Kalantri, Rajkumar Kohli, Armaan Kohli, Shiamak Davar, Akshay Hariharan, Hitesh Desai, Sandeep Singh, Ajay Arora and many others have supported my film. I believe that this collaborative attitude is very important in the continued development of our industry.

In the past, Raj Kapoor tried to rekindle the bond between Indian and Russia. It looks like you are also trying to do a similar thing with India and Poland.

I believe art has a unique way of bringing diverse cultures and countries together. Films, in particular, have the power to break down boundaries and stereotypes thereby bringing people from two different parts of the world on the same page. I am sure this film will enhance the relationship and keep on promoting the love and understanding between the two nations. Continuing my quest to dive deep into Indo Polish relations, my next film, The Good Maharaja will tell the factual story of how the Maharaja of Jamnagar, Gujarat helped save 1000 Polish children from Nazis.