The music composer has always been known for his down-to-earth, humble attitude and never forgets to thank all those associated with him every time he got a chance to do so. 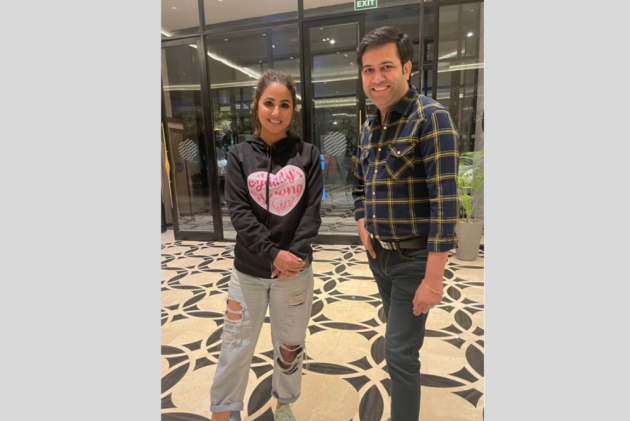 Pradeep Solanki organised an event with Hina Khan in Faridabad at paramitas by Pallavi Aggarwal store. It was a successful event. Many fans were there to meet her.  Pradeep has done a lot of events before, and the upcoming event is with Divyanka. He has done lots of music videos. He has also done acting in one of his songs named “saheli set hogyi.”

For the uninitiated, Pradeep Solanki has also produced Dora 2 and the Haveli track, which has been a success at large. Pradeep has given his career a breakthrough with his leadership and ideas. The music composer has always been known for his down-to-earth, humble attitude and never forgets to thank all those associated with him every time he got a chance to do so.

He has recently done a song “Break Up” with Girik Aman & Gurlej Akhtar.

He recently organised an event with Bollywood actor and DJ Ashmit Patel at the Boudoir club in Dubai.

All you need to know about Pradeep Solanki: -

Pradeep Solanki has organised various fashion shows. Pradeep has been featured in the Ditto Magazine for his amazing work. He has produced various songs like Shankar Sahney: Zindagi, Paisa YaPyar Mangal Grah, and many more. Back in 2019, he produced the Haryanvi song Dora 2, which became hugely popular. Pradeep has worked with various artists like Tusshar Kapoor, Divyanka Tripathi, Govinda, Elli Avram, Bharti Singh, Mouni Roy, Dharmendra, Neha Dhupia, Rannvijay Singh and many more.