The Pune based NGO, Indrani Balan Foundation, came forward to support this initiative in February 2021, which led to building new infrastructure for the Parivaar School to facilitate a conducive learning environment for specially-abled children.

2021-10-18T19:22:04+05:30 'Dagger Parivaar School' Was Inaugurated In Baramulla, Kashmir, As An initiative Of The Chinar Corps-Indian Army And Indrani Balan Foundation 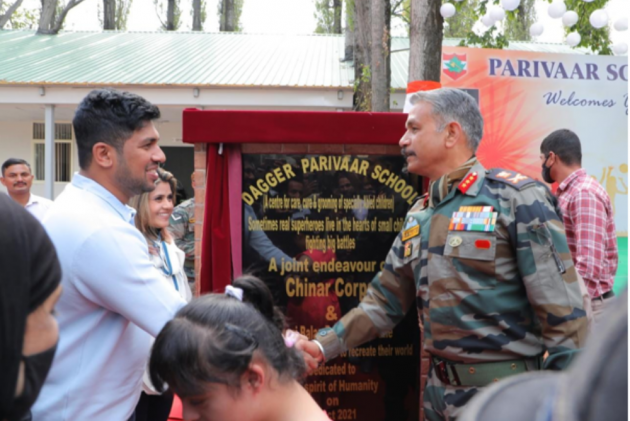 The inauguration ceremony of the new Dagger Parivaar School building was organised on Sunday by the Indian Army.

The project was developed as a joint venture by the Indrani Balan Foundation, Pune and the Chinar Corps.

The special children of Parivaar School performed mesmerising and soul-stirring cultural programmes. Felicitation to children and teachers was also organised at the end of the ceremony.

Dagger Parivaar School has many activities and therapies for the development of specially-abled children. The school's curriculum has been created keeping in mind the type and degree of disability of the students. The building has been designed taking into account the needs of the students, including specially-abled friendly washrooms.

Lt Gen D P Pandey appreciated the noble step taken by the Indrani Balan Foundation for the people of Baramulla and emphasised that it is a great initiative in the field of supporting special children.

This school will benefit more than 150 families of Baramulla district.

Punit Balan affirmed that his NGO would continue to work in association with the Chinar Corps-Indian Army to better the people in Kashmir valley.