Bullet Bose and His 100 mph Bullet

The fastest Royal Enfield ever made in India dominated the Indian Grand Prix for more than 20 years. 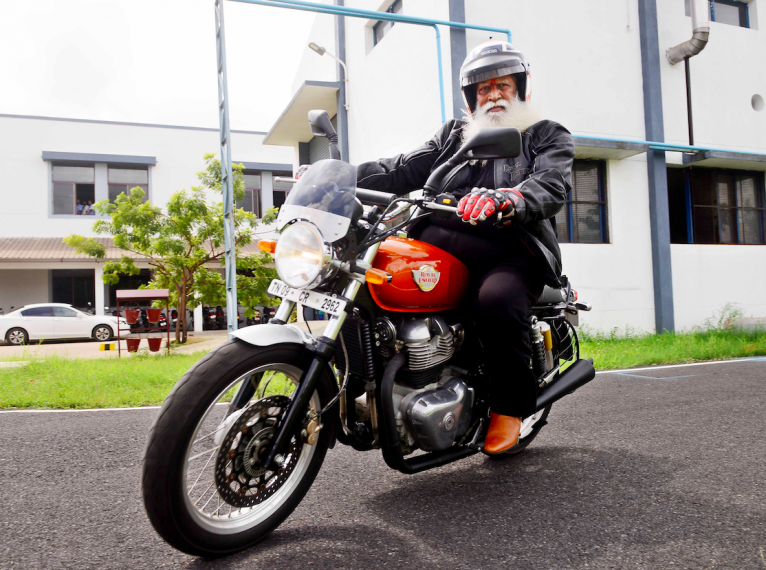 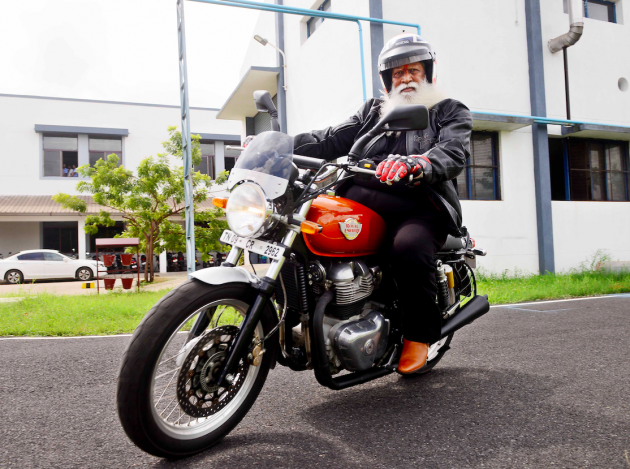 Chennai-based, Shubhash Chandra Bose aka “Bullet Bose”, named after one of India’s greatest freedom fighters, is no less of a legend among the country’s motorcycle racers. Between 1968, when he started racing and 1994, when he finally hung up his boots, Bullet Bose won the Indian Grand Prix a record 15 times at the All-India Race Meet used to be held at Sholavaram race track.

His weapon of choice for the fight among the top-dogs on Indian motorcycle racing was a 350cc Royal Enfield. He came on top against other racers who often came to the battle with foreign bikes. But that doesn’t mean Bose went to a gunfight armed with a knife. In fact, his highly modified Royal Enfield was as sharp a weapon as any in the field.

It was, perhaps, the fastest Bullet ever to hit the race tracks in India. His Royal Enfield could attain an eye-popping 100 mph (160 kmph) on the long straights of Sholavaram. His daredevilry at the old home of Indian motorsports and his loyalty to Royal Enfield earned him the sobriquet of Bullet Bose. Today, more people know him as Bullet Bose rather than his real name.

Old-time racers recall that his modified Royal Enfield was as much a piece of art as it was science. Most modifications at that time were either cosmetic or were a patchwork of half-cooked ideas. But Bose modified his Royal Enfield with precision with the singular purpose of it being fast. And fast it was. To make the bike lightning quick; Bose made extensive modifications to the internals of the bike and even broke new technical grounds. “It was a labour of love for me. A lot of effort went into it to make it a fast bike. It was not just about changing one or two parts; it was about making the machine perform like a finely-tuned orchestra,” says Bose. This is the story of the makings of the fastest Royal Enfield in India. 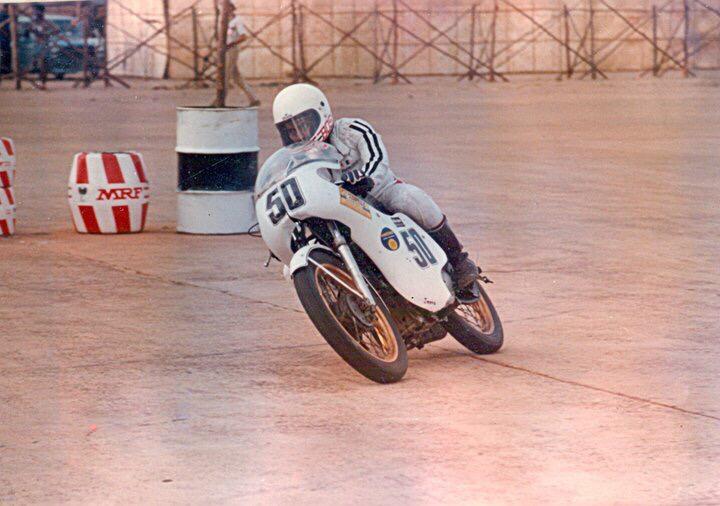 Initial modification on the bike started with replacing the regular piston with a high-compression piston. However, that created a problem with the “swirl and tumble’ of combustible gas inside the engine chamber and the fuel mixture didn’t burn efficiently. Also, the single sparkplug didn’t produce powerful enough spark to light the fuel mixture properly.

To overcome this problem, Bose hit upon the idea of putting a second spark plug. “To put the second plug, I had to remove the decompressor on the cylinder head,” says Bose. However, putting a second spark plug is easier said than done. Old-generation Royal Enfields had coil and point system that provided current to the plugs. The single-coil and point proved inadequate to fire both plugs.

To overcome this problem, Bose decided to put two coils and points, which he got specially fabricated with the help of his friends working in Lucas India that manufactured electrical parts for automobiles. He incorporated the two coils and points in the bike, firing the two spark plugs. But it required a lot of precision engineering because both plugs needed to fire simultaneously without even a micro-second mismatch in firing timing. That made Bose’s bike the first twin-spark motorcycle in India—a technical innovation that was adopted by Royal Enfield and other manufacturers in the mid-noughties.

Bose felt that despite the high-compression piston and twin plugs, the compression was not good enough. It was time for another round of innovation.

He found the solution to the problem by shaving off 2mm from the bottom of the cylinder block and using 2mm metal spacers under the rocker box for adjusting the height of the pushrods that operated the tappets controlling the valve timings in the engine head along with a 300 degree, extra-wide customised cam. To prevent the rods from bending in the excess heat, Bose imported high-performance pushrods from England made from high-grade steel.

Not only that, he went ahead and fabricated the cylinders from aluminium at a time when cast iron was the most preferred material. For better heat dissipation, he got the cylinders coated with Nikasil, which is a nickel silicon carbide compound. 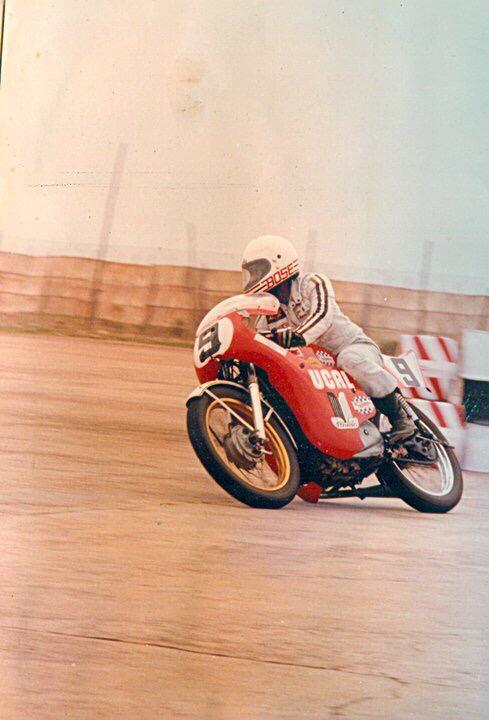 Having solved the compression issue, Bose then turned his attention to other performance parameters. His racing Enfield was running AMAL slide-type carburettors, but the stock air intake system that injects air into the combustion chamber did not generate adequate velocity. So out went the regular air intake and it was replaced by a specially-designed trumpet air intake that was directly mounted on the carburettors. But altering the airflow system meant that the bike became a lot thirstier. It needed more fuel to be injected into the combustion chamber. To address this issue, Bose had to use a bigger main jet in the carburettor.

The rate of intake of the fuel mixture and expelling of the spent gas in a motorcycle are controlled by the intake and exhaust valves that are mounted in the head. That meant the head of his Enfield needed to be re-valved. Even that posed a problem as the standard valves could not cope up with the heat generated by the modified engine and risked seizures. Once again the solution lay somewhere else.

Bose turned to his friends at the Madras Flying Club to source discarded valves from the engines of Pushpak aircraft, which used sodium reinforced valves in their petrol engines. He took these valves to the workshop for grinding and polishing. He then cut the valve seats to make them bigger to accommodate the customised valves from Pushpak aircraft. 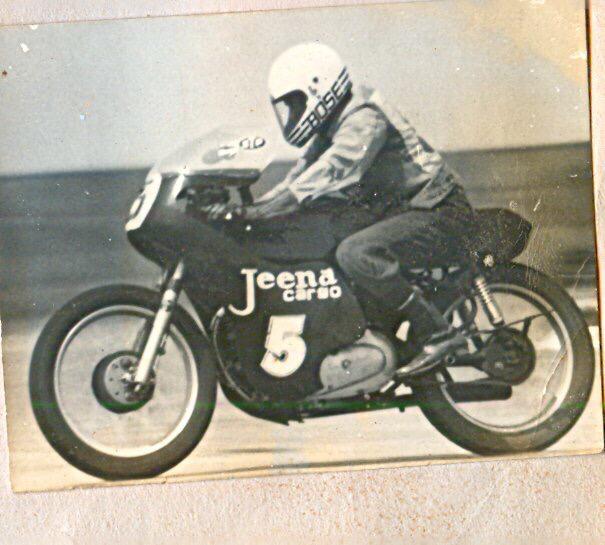 These complicated modifications improved the performance of his racing Enfield, but he still wanted more from the bike. One of the main characteristics of standard Royal Enfields is that they come with tall gear ratios, especially the third gear. So, it was time to time to alter the gear ratios by using specially fabricated gear cogs that delivered shorter ratios.

When Bose tested the bike he found that he was losing torque at the three u-turns that marked the Sholavaram track. To keep the torque up getting out the turns required changing the chain sprocket ratio. However, in Royal Enfields, the chain sprocket is part of the rear brake drum unit. So, Bose had to fabricate sprocket drums with 41 teeth, instead of the standard 38-teeth that come with the bike.

After fine-tuning the heavily-modified mechanicals of the motorcycle, Bose used body panels for streamlining the airflow around the bike in motion on the race track. His 350 cc Royal Enfield embodied the perfect symphony of form and function as it streaked down the race track at 100 mph, leaving his fellow competitors in the dust of the 50-lap races that made up the Indian Grand Prix.

The Original 'Make In India' Project