Beauty Is Just Another Name For Your Inner Self

Oriflame story is an amalgam of two unique cultures – Swedish and Indian. Oriflame, some 25 years ago arrived in India with the ambition of becoming the largest direct-selling beauty brand. Oriflame not only touched many lives but has fostered financial independence of Indian women. The brand has grown indelible roots in this vast Indian mystical land. 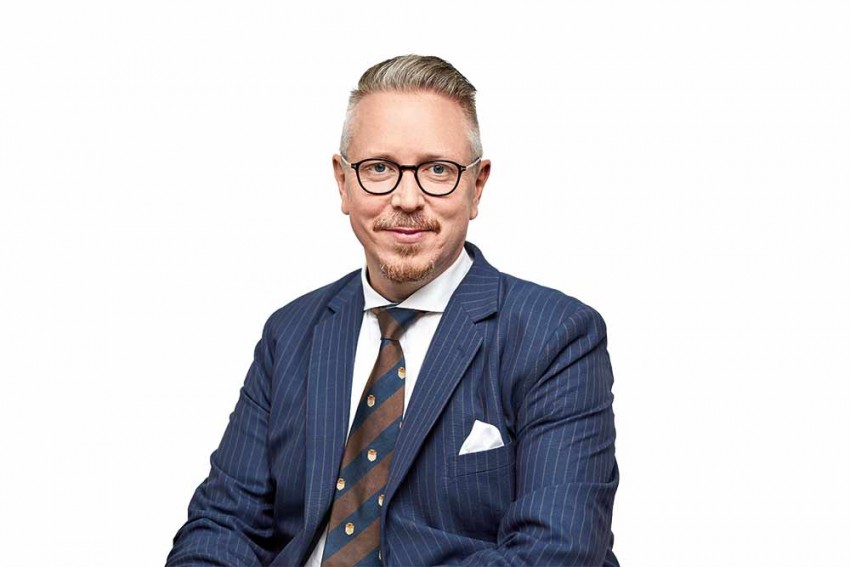 Beauty is only a manifestation of deeper truths. It is a sign of inner well-being, of self actualisation, of the surety that human beings carry when they know they are realising their full potential—or are in the process of striving to do so. For over 50 years Oriflame has enabled people from all over the world to celebrate their personal beauty and fulfil their dreams. The central part of its philosophy was to enable anybody to become an entrepreneur—to become the means for that. Therefore, when that idea attracted women towards joining up with Oriflame, there was always a reason that went beyond beauty. It was a creative way of linking up everyone’s desire to be, and feel, successful.

Dressed casually in a checkered blazer and jeans, with a pair of sneakers, Frederic Widell, head of South Asia & MD, Oriflame India, has that easy, friendly and humorous tone that can put anybody at ease. That tone is no marker of his working philosophy, though—there’s serious intent and understanding behind it. The business of beauty, in his mind, is clearly linked with the whole spectrum of the self—of being self-reliant, of not being subservient, of being independent. The key part of women’s empowerment, he knows, flows from financial independence. “When a woman starts getting her own income, she becomes less dependent, more empowered. At Oriflame, women’s empowerment has been a central theme. For over 50 years, we have encouraged women to be financially independent.”

Widell relates to actual lived experience, of the creation and optimisation of life-chances. He says it is a pleasure to see women, especially from the lower strata of society, bloom into entrepreneurship. He narrates an incident. “I remember a lady from Mumbai. She worked as a domestic help, and used to take the train from Thane to her place of work daily, with just Rs 5 in her pocket. Then she joined Oriflame. Now, within a few years, she has become a full-fledged successful entrepreneur.”

“You just need to be a human being and an adult, to be a part of Oriflame family,” says Frederic Widell, Head of South Asia & MD, Oriflame, India

Frederic is from Sweden but has spent considerable time in New Delhi—India is therefore more like a second home to him. He does think about the contrasts he has seen, especially as it relates to women’s issues. But he also spots similarities. “If we look at differences between Scandinavia as a region and other parts of the world, the movement for women’s empowerment has perhaps advanced much further there. We are much more equal at this point of time. But if you compare Sweden with India, for instance, you’ll see that we have more or less the same number of men and women in the workforce. And I am very happy to say that my commercial team here in India too has 50 per cent women.” In fact, Widell says, the ratio is slightly skewed in favour of women in the India office.

Oriflame carries this focus to areas beyond its core business. Since 2006, it has been associated with ‘Deepalaya’ which helps provide schooling for girl children from less advantaged segments of society. “We have helped 7,000 girl children get their education from primary to high school.

Oriflame does not see gender issues in competitive, partisan ways, though. While women have faced structural hurdles specific to forms of engendered power, and patriarchy is a larger reality, the company realises that, individually speaking, men too have historically been emaciated by social structures inimical to freedom. Widell sees Oriflame as a gender-inclusive organisation. The way men feel about the self, he feels, is analogous to what women feel. For him, this aspect is as much a manifestation of their full social being as it is for women. Gender equality, for him, rests on that understanding.

Rupee Slumps To 75.22 Against US Dollar In Early Trade