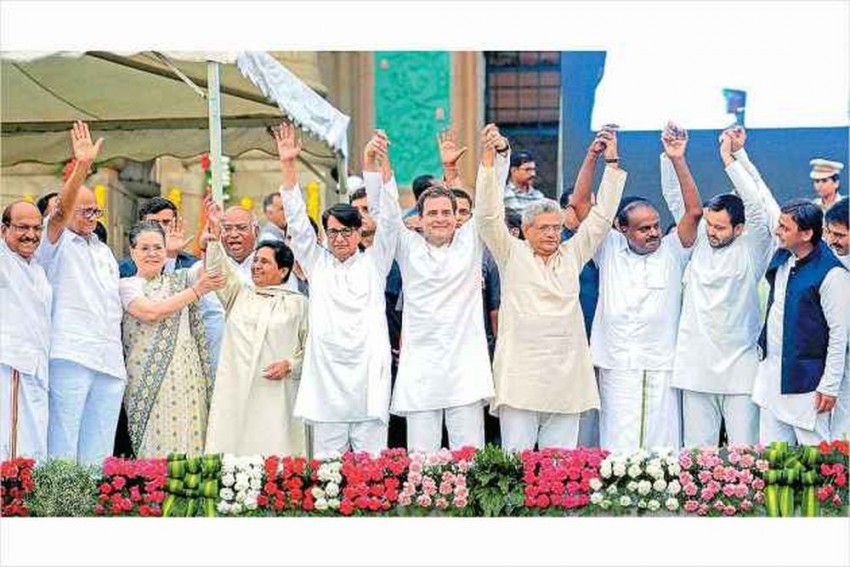 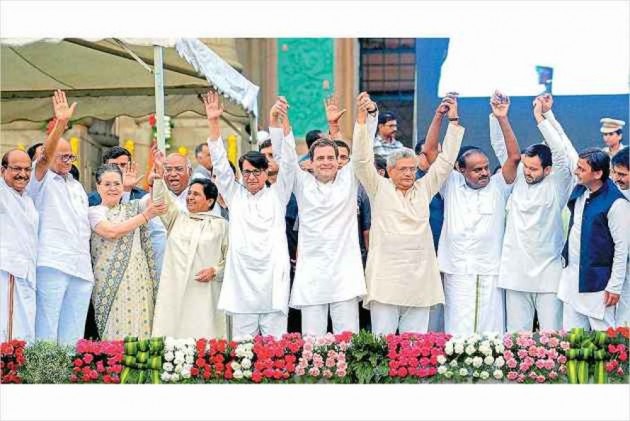 Marking a significant development in national politics, top leaders of Opposition parties will meet in Delhi on Monday in order to discuss and strategise on forging a grand alliance to face the Bharatiya Janata Party (BJP) in the Lok Sabha elections of 2019.

The meeting has been scheduled a day ahead of the declaration of results of Assembly elections of five states--Madhya Pradesh, Chhattisgarh, Rajasthan, Telangana and Mizoram-- that went to polls. Besides, the winter session of the Parliament is also slated to begin soon.

"The main agenda of the meeting is to chart the future course of action for forming a non-BJP front," a source said.

Congress chief Rahul Gandhi and United Progressive Alliance (UPA) chairperson Sonia Gandhi are likely to attend the meet, during which the Opposition is also expected to chalk out a joint strategy for the winter session of Parliament.

During the meeting at the Parliament House Annexe, the opposition parties were expected to discuss their responses to government bills and issues related to the Rafale deal and farmers, sources said.

Not only the heads of non-BJP parties, but also the chief ministers of opposition parties from Kerala, Punjab and Puducherry were invited to the meeting, they added.

Biju Janata Dal (BJD) president and Odisha Chief Minister Naveen Patnaik was unlikely to be part of the meeting, the sources said, adding that he might join the anti-BJP alliance post the general election.

Bahujan Samaj Party (BSP) chief Mayawati was also unlikely to take part in the meeting, but her close aide Satish Chandra Mishra might attend it, a source said.

Samajwadi Party (SP) president Akhilesh Yadav was likely to attend the Opposition meet, but in case he was unable to come, then senior party leader Ram Gopal Yadav would be present, a party source said.

Naidu had last month met the heads of several opposition parties, including Rahul Gandhi, and termed the TDP's alliance with the Congress a "democratic compulsion" to protect the country.

Sources said there could be pre-poll as well as post-poll alliances, taking into account the interest of each state.

"Price rise, the ill-effects of demonetisation and the GST, unemployment and threats to the Constitution will also be on the agenda of the meeting," NCP leader D P Tripathi said.

AAP leaders have also confirmed the party's participation in the Opposition meet called by Naidu.

Earlier, the meeting was planned for November 22, but had to be deferred because of the Assembly polls in five states.

PM Modi Can't Understand Pain Of Losing Children As He Doesn't Have One: Bhim Army Chief’s Jibe Over Bulandshahr Violence