World Elephant Day 2020: In The Shadows Of Vanishing Giants

The mighty shadows elephants cast in their disappearance are ones that will loom over humans for the entirety of time. 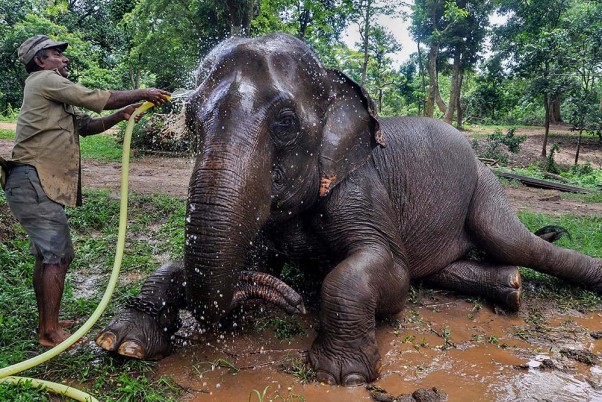 When a life-sized ice sculpture of an elephant – in all its dignified glory – was placed in Union Square, Manhattan in 2017 as an endeavour to celebrate World Elephant day, observed on August 12 every year, confusions arose. Surely, a marble sculpture would have been more fitting, not to mention more permanent – for when the day ended, the statue was all but gone; reduced from its distinguished presence to a mere puddle – and in its wake, presented a powerful visual metaphor for how these gentle creatures are vanishing quietly across the world, under an even quieter, but cruel Sun.

Three years hence, and the ice continues to melt rapidly, for the rays of humanity – or the lack thereof – that beat down on elephants have only been glaring harsher.

Perhaps what makes this all the more damning is that the abundance of information about the rich consciousness of elephants is documented - possibly even more so than any other mammal.

It is these vivid lives that are uprooted by the hundreds and thousands every day, across the world. Elephants can be playful, discerning, mournful, creative and highly intelligent creatures. We manage to violate this self-created arbitration by regularly subjecting these creatures to the horrors of violent human-elephant interactions that can often have grave consequences. 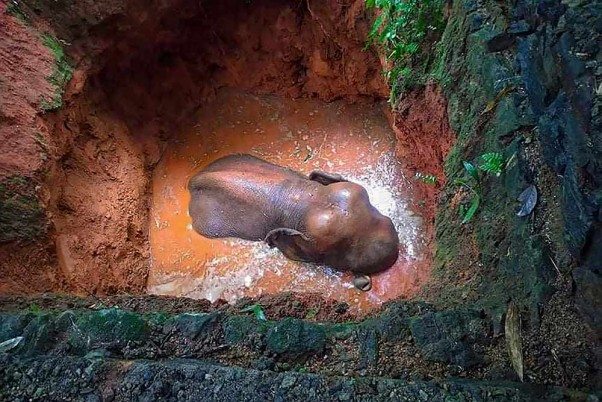 A wild elephant that strayed into a human settlement area, tries to get out of a well that it fell into, near Pooyankuutti in Ernakulam district. (PTI)

Since most areas that account for elephant habitats are close to, or even adjoining human settlements, conflicts between the local populace and these animals is increasingly common. Every year, up to 40 to 50 elephants die as a result of these conflicts in India (WWF), and with around 30 wild and captive elephant deaths already across the country post the death of Saumya (by consuming a fruit snare with explosives in Kerala) between 27thMay 2020 to 29th June 2020 - that grim statistic not just rings true, but is also possibly outpaced by now. It’s time we addressed the elephant in the room.

Also Read: In The Land Of Ganesha, Elephants Imperiled By Human Need And Greed

Vehement conflicts may make for enticing headlines and haunting photojournalistic exposes, but they do point to an emerging reality of prolonged animal-elephant conflicts forcing the ‘gentle giants’ to all but harness their massive physicality to adopt a far from gentle demeanour. Their advanced cognition guarantees that they feel every assault with an intensity we cannot even imagine - for this level of malice is not one they can make any sense of in their own frame of reference.

The time for denial is gone, and it should have been gone a long time ago. With a global economy that is going to attempt to ‘recoup’ the economic damage caused by the Coronavirus crisis, the ramifications of which do not bode well for the Indian Elephant - given how developing economies like India will join the economic recovery race as fast as possible too, often at the expense of the environment.

Recognition of our moral duty towards not just spreading awareness about this crisis, but also actively campaigning against it is the absolute need of the hour. Not only do animal rights organisations like ours remain committed to these goals, but also remain involved in legally fighting for the rights of elephants in India. We have been proposing long term, effective policy changes to protect elephants from the violence they face in captivity as well as in these unnatural interactions.

Also Read: India No Country For Elephants, Either In The Wild Or In Captivity

The mighty shadows these gentle creatures cast in their disappearance are ones that will loom over humans for the entirety of time; as the countless tinier shadows of critters long erased from the face of this earth continue to do.

(The author is the Executive Director of the Federation of Indian Animal Protection Organisations (FIAPO), India’s apex animal protection organisation.)