Why European Parliamentarians’ Propaganda Trip To Kashmir Was A Flop

The MEP visit’s credibility was further eroded by the lack of clarity on who had organised it and how it was funded. 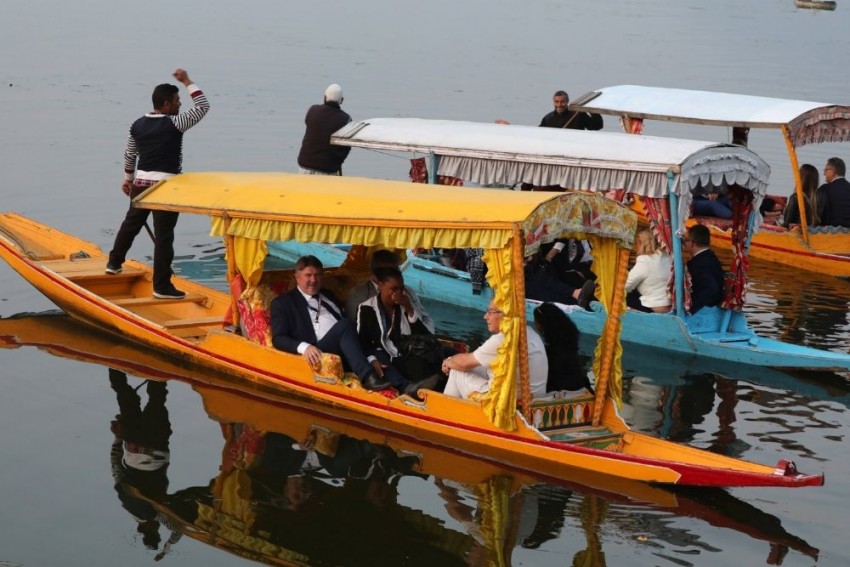 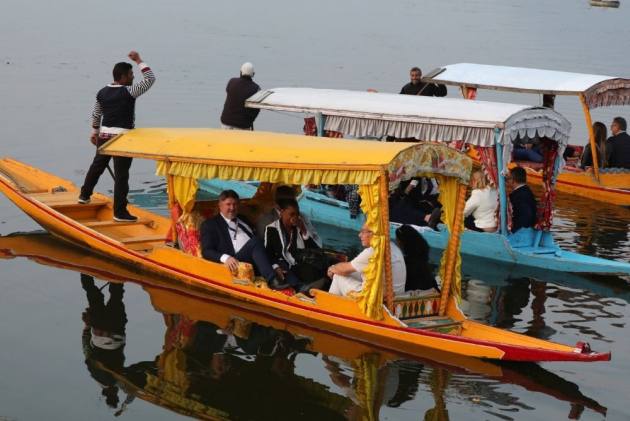 Information management has always been practised by governments throughout history for instilling public confidence, impressing the foreign audience and for executing hostile designs. The means are propaganda, misinformation and disinformation (Psy-Ops). The recent Kashmir visit by Members of the European Parliament (MEP) was an example of such Psy-Ops.

Christopher Andrew, an official historian of British MI-5, says that Britain had to depend on fiction writers like William Le Queux or Rudyard Kipling to convey the “myth” that they were well protected during the intelligence staff crunch in the early 1900s when UK was facing German and Czarist onslaughts.

Kipling’s novel “Kim” was probably the finest of all spy novels which popularised “the Great Game”, originally coined by Arthur Conolly, assassinated by the Emir of Bukhara in 1842.

In 1917, Sir Samuel Hoare of MI-6 recruited Fascist leader Benito Mussolini, then editor of “Avanti”, on a weekly princely sum of 100 British pounds. He was to do propaganda favouring Italy continuing with the Allied Powers in the First World War and to intimidate anti-war protestors.

Another hostile operation was Hitler’s “Fake news assault” to dissuade President F.D. Roosevelt from joining the Second World War by branding him as a “closeted Jew” whose real name was “Rosenfeld”. Times of Israel reminded us of this sordid chapter on 3 January 2019 with a photo of American Nazis beating a protesting Jew at their rally in February 1939 at Madison Square Garden, where our prime minister had addressed his first Diaspora rally on 29 September 2014.

Not all Psy-Ops succeed. Soviet leader Khrushchev had wanted to coincide his April 1956 UK visit with a dramatic exposure of detection of CIA’s secret “Berlin Tunnel” as the top point of Soviet PSY-war attack on the US. They had arranged Western media corps to visit the 1,476 feet tunnel built from 1954 for hearing Soviet communications.

However, it fizzled out as the Western press praised America’s amazing technical achievement of intercepting over four lakh East-Bloc conversations.

The biggest Psy-Ops flop in American war history was the “Nguyen Van Be” episode in Vietnam during 1966- 1967. Nguyen was a Viet Cong resistance legend who destroyed an M-113 armoured personnel carrier besides killing 12 American military advisers and 50 South Vietnamese soldiers.

He was caught while carrying Viet Cong mines. When asked to demonstrate how his mines worked, he swiftly grabbed an American Claymore mine, dashed it against M-113, ignited several other mines and became a martyr, while killing 62 enemy personnel.

However, the real Nguyen was alive and in Saigon prison. American commanders wanted to expose the truth as the “Nguyen legend” was preventing “pacification programme” which was going alongside the War since 1955.

Initially, they airdropped 7 million leaflets and pasted 100,000 posters in rural areas. Finding no resonance, they transported Nguyento his village Kim Son on April 21, 1967, with great fanfare to show him to his community under the glare of local and international media.

The villagers, however, refused to recognise that Nguyen. Instead of a Psy-war success, it became an international embarrassment as North Vietnam accused the US of producing an imposter.

In the same way, the conducted tour of 27 members of European Parliamentarians (MEP) to Kashmir from October 27 was a propaganda disaster, if the intention was to show normalcy to the outside world.

First, most of them were little known names from the Far-Right or anti-minorities groups. Secondly, no other parliamentarians, including Maryland Democrat Senator Chris Van Hollen were given permission to visit.

The MEP visit’s credibility was further eroded by the lack of clarity on who had organised it and how it was funded. I do not think our intelligence agencies would have attempted such a childish Psy-war operation. Was it somebody high up like how Rudy Giuliani had planned President Trump's ill-fated foray into Ukraine?

Why is our energetic Enforcement Directorate(ED) not probing the source of funds of the “International Institute for Non-Aligned Studies” who, according to media, had funded this trip?