Home  »  Website  »  National  » Opinion  »  Why Did We Watch #BlackLivesMatter Protests In Awe But Not Take To Streets For Migrants?

Police brutality has always been condemned across the world. Yet, in India, we tolerate active and passive versions of it towards stranded and hungry migrants during lockdown. 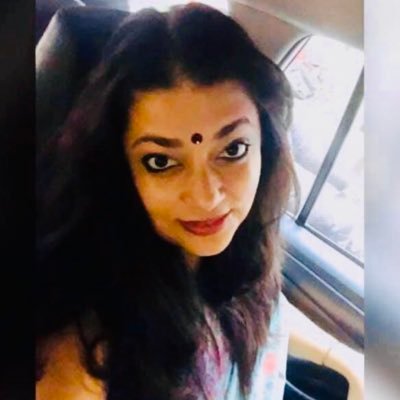 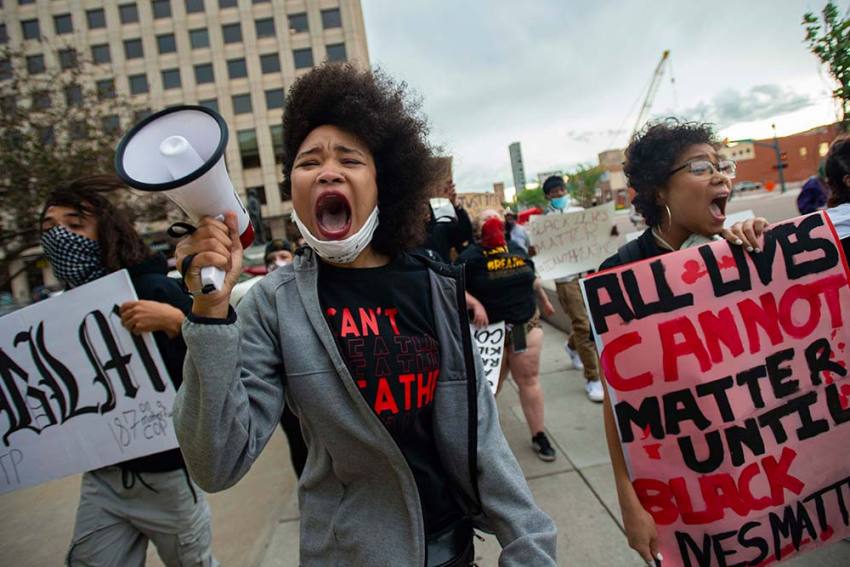 Shayana Dabney, center, leads a group of marchers through downtown Colorado Springs during a protest over the death of George Floyd, who died in police custody on Memorial Day in Minneapolis.
AP Photo
Isheeta Ganguly 2020-06-26T14:26:34+05:30 Why Did We Watch #BlackLivesMatter Protests In Awe But Not Take To Streets For Migrants? 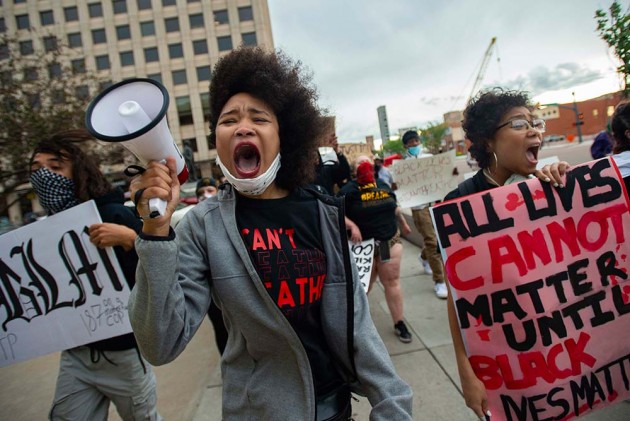 “Someone named George Floyd died in Minneapolis, Mom…he was black,” says my 11-year-old son Akaash. I look up from my computer wondering what“black” even means to him. In his homogenous existence, delineated only by the rich and poor lines of Mumbai’s blue slums and covered shanties, the only ethnic variations he saw were between Gujarati, Punjabi, Bengali, Marwari, Parsi or Muslim classmates who were either light or dark-skinned. “They knelt on his neck so hard he died Mama,” Akaash continues. “His last words were – ‘I can’t breathe.’”. His voice trails. I immediately know he’s referring to police brutality against a black man George Floyd.

Police brutality has always been condemned across the world. Yet, in India, we tolerate active and passive versions of it towards stranded and hungry migrants even during lockdown. While we sat in our homes and participated in ‘armchair protests’ against assaults on migrants, our complex differences as a nation over religion, caste, power, and wealth continue to fuel our apathy towards the poor police practices that govern the vulnerable.

Yet, we watched in awe as people across the world turned up in millions—amidst a life-threatening pandemic—with signboards, shrill chants, dances, and sirens to express a deafening grief over the death of George Floyd. Somewhere these protests made us deeply uncomfortable. So why weren’t we out on the streets advocating for the abandoned migrants who have been denied food, shelter, physical safety and the right to go home?

“So why does this George Floyd thing hurt you…” Akaash asks softly. I tell him about systemic racism with Rodney King being beaten by the LAPD in 1992 and Abner Louima being attacked violently in a toilet by the NYPD in 1997. I tell him that the civil rights movement is the foundation upon which his grandparents built their lives in America – for we are all people of colour. “But you are so light skinned,” he says. I tell him how I was “other-ised” in first and second grade– thought to be Native Indian as opposed to “Indian” by my Northern NJ elementary school classmates. The boys in the kickball team repeatedly said that my lighter colour made me “Navajo” Indian princess like. So why wasn’t I wearing a beaded, feathered headband? At six, this occasionally left me distraught and perplexed. I coped by giving geography lessons to a group of blond-haired, blue-eyed boys during lunch break on where India was on the globe versus South Dakota, Wyoming and Arizona. Yet the truth was that Akaash was right. I hadn’t faced the wrath that the other dark-skinned Indian friends did. One was accused of stealing Barbie dolls from a white neighbour’s home and another was told to scrub hands harder in the basin because weren’t her dark hands still “dirty”?

“That’s how Laxmi is treated”, Akaash says about our domestic help. I try to draw a parallel for him between Laxmi and George Floyd, telling him that when we feel ignored or put down by the system, we don’t feel whole as human beings. I remind him that like all freedom movements, the African-American community is rooted in gospel and R&B music where the use of words like “wassup”, “word” and “salty”– tween verbiage of today – culturally comes from a community’s collective identity to triumph against all the odds.

With “Juneteenth” on June 19 came symbolic freedom in New York and other parts of the US to transcend beyond #Blacklivesmatter into a collective BIPOC - Black, Indigenous, People of Colour awakening. To end “enslavement” as we know it and push boundaries on hiring practices, employee safety at fast food chains and enforce racial assertion in HR practices at large firms. And then I wonder what Juneteenth means for India. Can we break glass ceilings and do what advocate MA Sneha from Tamil Nadu did last year by saying she is a caste and religion free person? Her entire family followed suit with her daughters being named Buddhist, Christian and Muslim names.

What if Juneteenth can be a wake-up call for India to redefine the “independence” it earned 70 years ago? Where invisible “community certificates” are a birthright and not an exception or privilege? What if we can become an India where Laxmi can be treated with the same respect and dignity by a policeman as an upwardly mobile urban man? What if we too aspire to reform our police system to stop victimisation of the vulnerable while favouring the privileged? What if #BlackLivesMatter and Juneteenth can be a chance for us to reimagine an India where we get up and out onto the streets to protest over thousands of Laxmis on the road, collapsing en route trying to reach West Bengal, Bihar and Chhattisgarh? My thoughts are suddenly interrupted. Akaash asks, “are migrant voices just muted in India, Mama? Does it not matter if the police killed one poor person here like it mattered with George Floyd?” I don’t answer this one. It’s for him to decide.