What India Has Now Is A Clone Emergency: Just Ask The Police

In sundry functional terms, we are practically already in an Emergency. Why? Because the power to make even the most ordinary decisions has been stripped from millions and millions of citizens and those have been sucked up by the State. 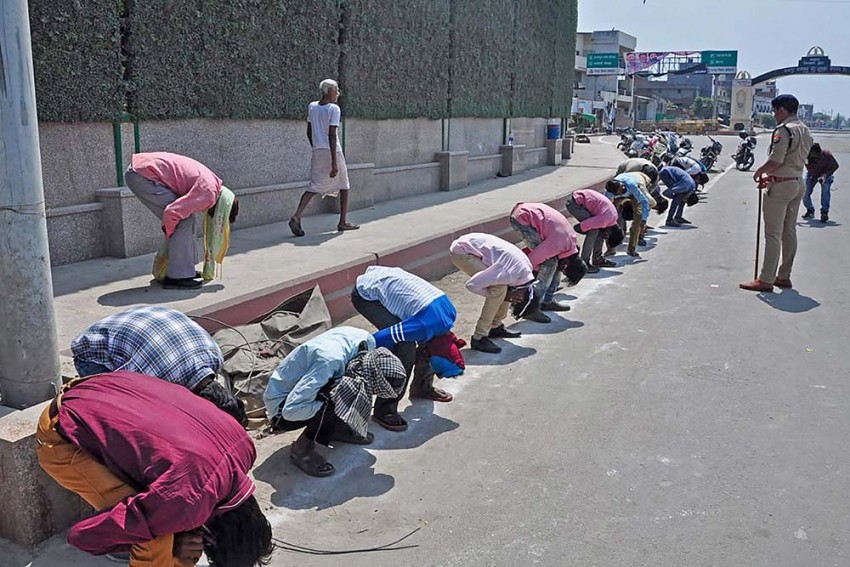 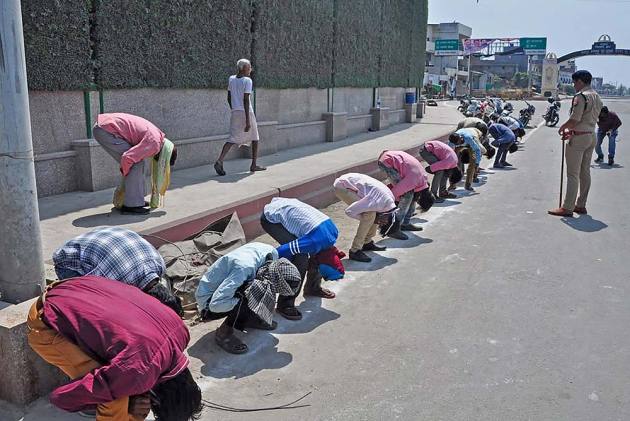 A fear of the elevator button, of the ATM keyboard, of flat, gleaming surfaces…sneaking new forms of dread grip us today. Maybe they will linger and become part of our bouquet of bodily reflexes, long after the corona pandemic blows over. Will we fear that man next to us on the Metro? Animals? Currency notes? Will our enduring bequest be a supermart tray full of irrational new tics, pangs and OCDs? We will have to live long enough to find out.

But there’s one ancient figure of fear among them, one that has always been with us, a dull, thick presentiment of pain that is newly sharper. A transparent, polycarbonate, soulless piece of fear that comes swishing through the spring air like a whip.

It’s the fear of the policeman.

It’s not easy to comprehend and master a battle with unseen things. But to get there, India first needs enough time and mental space away from things it can see. It’s a long list—from the casually cruel, to the abnormal, to the truly depressing. Like the hundreds of thousands of Indians who have to get home before they can stay at home. Like the 90-year-old lady my colleague saw walking on empty tarmac back to her village in Rajasthan’s Sawai Madhopur, 400 km away.

The sight of migrant labour walking back to distant villages already produced a historic sense of pathos. “In which other country are people walking home? The last such images I remember was during the Partition,” wrote author and sanyasini Atmaprajnananda. 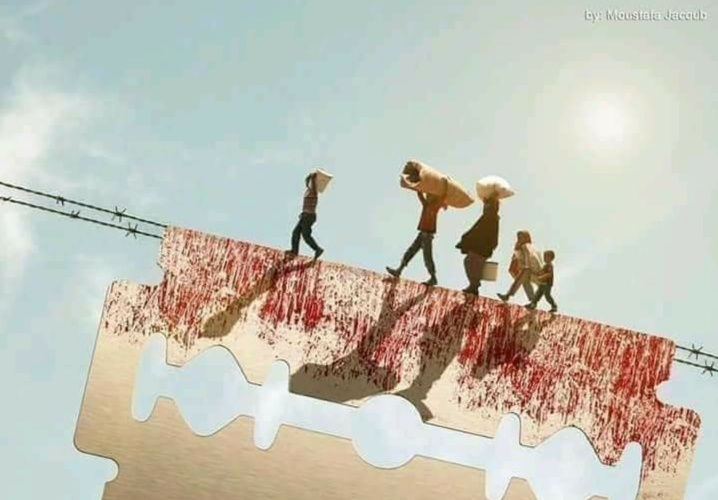 Peggy Mohan, author and linguist of part-Indian Trinidadian descent, recalled an even earlier forced exodus from history, from the 19th century—a near-biblical scene where India’s barefoot villagers reached across the globe. “I’m reminded of the Indian migrant labour walking along the Hooghly to the depots to wait for the ships to go to the Caribbean. It was called Jeeta Janaza, the Funeral Cortege of the Living,” she says. “My ancestors looked like her…”

But even among such millenarian visions, there were a few that truly stood out as the harbinger of a new age of sadism.

Those images of bestialisation. Humans trying to get back to the security and familiarity of faraway homes in strange and uncertain times, with no other means to do it except on their feet, were being brought to their knees. Baton-waving policemen were making them crawl, or duck-walk, or frog-march. The symbolism was unmistakable. ‘You are being reduced to animal status, to your bare life.’

It happened in Badaun, UP, in Punjab, in Rajasthan. The videos of them violating and dehumanising the common people of India, whom they are meant to protect and serve, sliced through all except the most callused conscience. (Plenty of those exceptions: AltNews founder Pratik Sinha noted on Twitter that an appeal for policemen to behave humanely had elicited too many jeering comments that they were actually being too humane.) 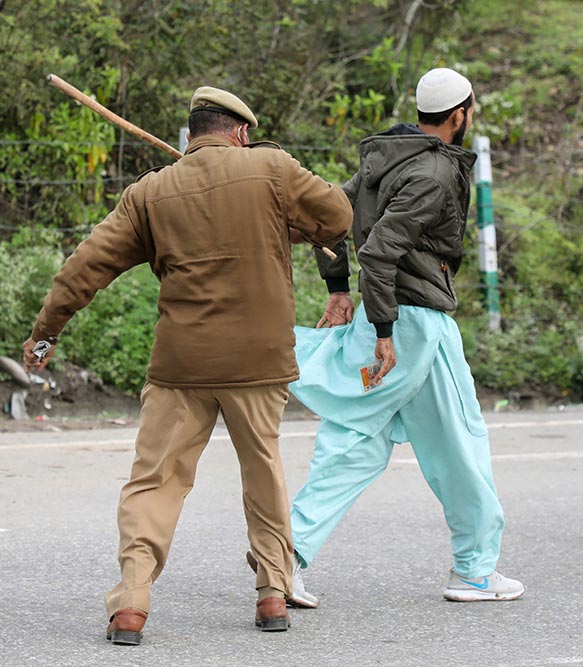 There were numerous other sightings of sadism: vegetable carts being overturned in a country where people die of starvation, where another food crisis may yet loom; people being thrashed so plentifully and matter-of-factly that it seemed like a new mode of greeting for an age where the human touch has been banned.

So what is wrong with our police? What brings on this sudden tidal wave of sadism, of deeply psychic aggression?

We will be finding answers long into our foggy future. But one thing is certain and can be felt on the skin, as it were. The physical evacuation of our streets has produced a strange kind of vacuum. A kind of voiding of citizenship and its rights. As our police bring the baton cracking down on skin and bone to empty out our public spaces, and we get corralled to our homes, it parallels incarceration in specific, bodily ways. It is an imitation, an intimation of prison.

If the anti-CAA movement of winter saw citizens expand their right to speak, this moment is one of mass contraction of those rights. Even if it comes about not through an executive fiat directly related to those rights, that’s the temporary effect it has.

Because it comes about by way of a health emergency, people perhaps do not realise how profoundly political this moment is. That vacuum on the streets connotes, in ways, the evacuation of the public sphere, a temporary suspension of our rights as autonomous, thinking subjects and throws us back to our purely biological existence: ‘bare life’.

And into that void flows only one thing: the State and its absolute writ. And that of the police, the advance guard of the State. Which finds its powers, never modest at the best of times, almost totally unfettered by the ‘needs’ brought on by a health crisis. 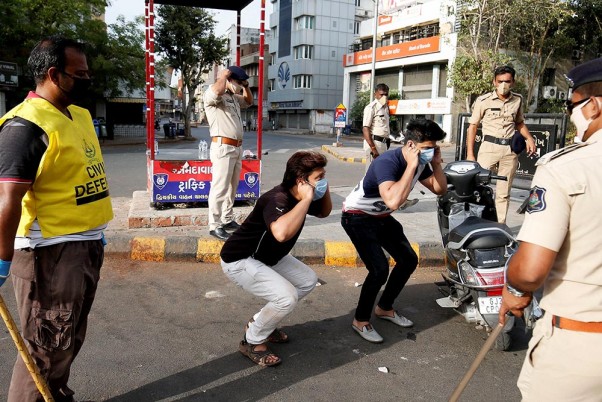 If anyone has had trouble grasping the fancy-sounding concept of biopolitics, this moment should ease that. “The power to make decisions of life and death have always been there—it just continues to find ever-new avenues,” says Ravinder Kaur, author of the forthcoming Brand New Nation: Capitalist Dreams and Nationalist Designs in Twenty-First-Century India.

In sundry functional terms, we are practically already in an Emergency. Why? Because the power to make even the most ordinary decisions has been stripped from millions and millions of citizens, and those have been sucked up by the State: it presently enjoys a massive accumulation of authority. A facial recognition device would be hard put to distinguish between the two faces.

Remember, it is still only an imitation, a Doppelganger Emergency. Not by any stretch the real thing—it only resembles it. The government still responds, if belatedly, to public concerns. The media is active, so is that vast sphere of public speaking, the social media (even if there were, not coincidentally, apprehensions about a clampdown in that sphere initially). And governments have asked the police to pipe down—they too have gone slow on beating people every other second as if it were an Oxford comma in their sentences. In Andhra Pradesh, one cop who starred in one such video was suspended. But the purpose has been served. An air of almost-Emergency pervades our public sphere.

It is no coincidence the word floated around tremulously. Subramanian Swamy cautioned against a ‘financial emergency’, and actor Rishi Kapoor, who has aged rather gracelessly to become a bumbling agent provocateur of reactionaryism, did not fail to confuse the concepts altogether, taking the side of the police to boot. “Dear fellow Indians. We must and have to declare EMERGENCY. Look at what’s happening all over the country!... People are beating policemen…”

Yes, that did happen too. “Karma,” wrote someone on Twitter, to a video of a man turning back on a poor policeman, who found himself suddenly overwhelmed as the usual clause of asymmetry—of people not lifting a finger on the police—cracked under the strain of this new abnormality.

There were honourable exceptions. Arvind Kumar, the SHO of Defence Colony in Delhi, has arranged for 300 food bags to feed 350 families of stranded daily-wagers in Indira Camp, just behind his thana. Vijay Gupta, Station Officer at Sadar Bazaar, Meerut, has turned his own house into a community kitchen, at his own cost. There were a few other videos, of cops feeding and sanitising the needy, even singing songs. But the exceptions, just like the police officer who sang songs to a group of anti-CAA protesters in Karnataka, alas only proved the rule.

And the thumb-rules of the new law—an undeclared police state—had already been writ. Even as we arrived at this all-pervasive ‘state of exception’ via COVID-19, where the normality of civil exchanges has been suspended, the run-up to it had given us many eruptions of mini-states of exception: militia-like behaviour at Jamia Millia Islamia and Aligarh Muslim University, and then finally as killings and violence convulsed Northeast Delhi. Remember, it was just a month ago. 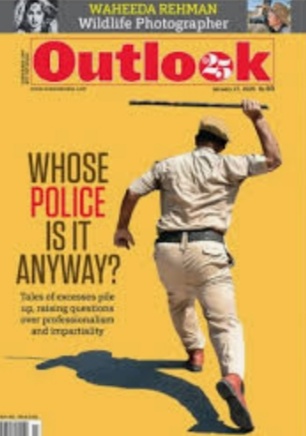 The irony is that the ordinary constable is drawn from the same pool of rururban peasantry that he governs with a near-class hatred. Yes, the Hindu-Muslim divide is drawn starkly in the police vs people divide: an additional source of exacerbation. But the effects are visible even beyond it. What produces this emotional distance between the cop and the people? A kind of alienation that makes them feel they belong to the ‘other’ side, that of power?

It’s partly something endemic to the policeman’s psychology: it’s a bleak life, constantly exposed to the dark side of human affairs, not to speak of danger. He is, in a real sense, also a psychological victim of a brutalising, dehumanising life. But invested with raw physical power, and a sanctioned monopoly of violence, he fills out his powerlessness, his inability to change anything, with empty violence. That gives us the gap between Ganpat, the policeman of Shantaram’s 1939 film Manoos/Aadmi, who rescues and treats a sex worker humanely, and Anant Welankar, a dynamo of seething violence in the shape of Om Puri in Govind Nihalani’s Ardh Satya (1983), who is in an epic battle with his own anger. 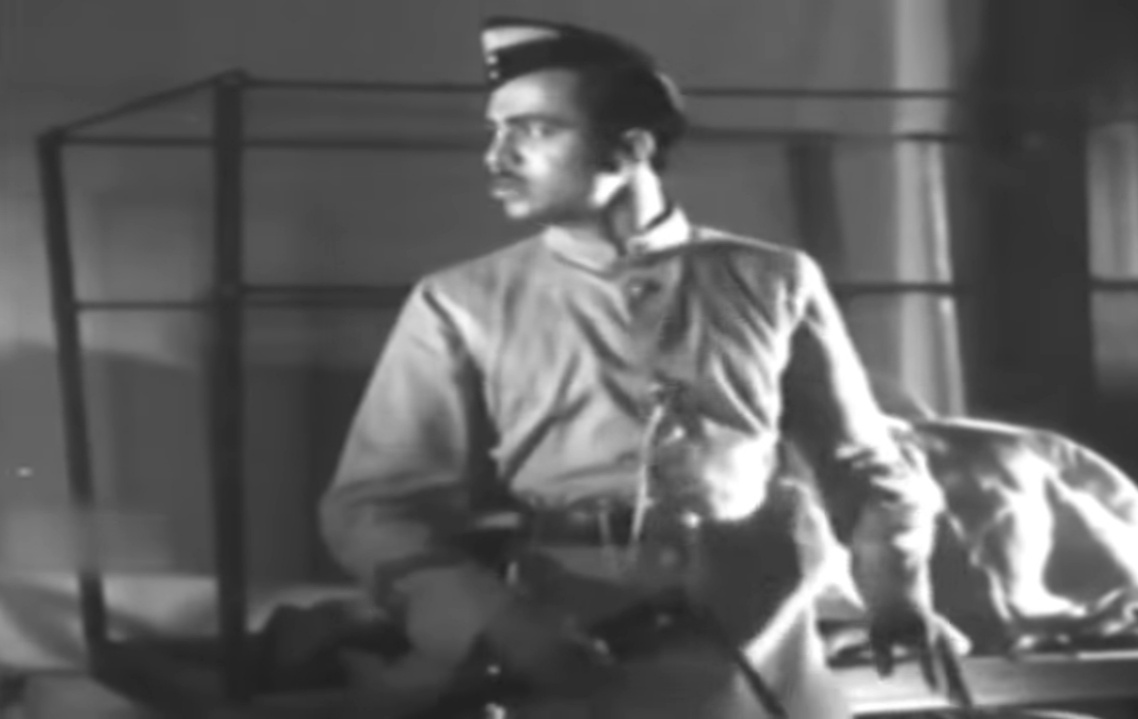 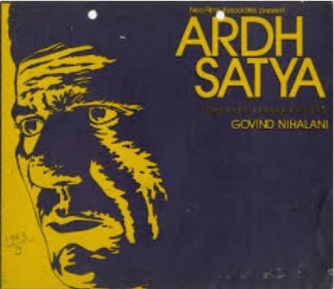 The second source of that alienation is structural. Indian policing, as we all know, has its roots in colonial policing, and 70 years into our Republichood, our policing laws still derive from the mid-19th century needs of British gendarmerie. The prototype here was the Irish constabulary shaped by 1822, whose “original role” itself was that of “an imposer of force upon people”. The Irish model, which mixed law-and-order duties with semi-military tactics against a people meant to be politically subjugated, is what was enforced in India.

This nominal membership of the ruling colonial class is what produces the sense in the policeman of the people somehow being on the “other” side, an “enemy”. They still behave like that. As far back as the 1860s, a British historian listed mounting grievances against police high-handedness as being one of the causes of the 1857 rebellion. The police, he wrote, were “a scourge to the people” and “their oppressions and exactions form one of the chief grounds of dissatisfaction with our government”. Sounds familiar?

Our generation has witnessed some real and some pseudo-millenarian moments—some of you may be old enough to remember the sense of doom of the Skylab days, many more would remember Y2K. What we have today is a real, gigantic cross-section of how we are structurally—a giant ‘slice of life’ is under our microscopes, if only we care to see. And it would be an absolute waste if we don’t use this moment to study it, diagnose it, and think deeply and creatively about our fundamentals. Among them, the need to make a people-centric approach an elementary part of police training, its sole objective. So that we get a police service, not a police force. Indeed, that lesson could profitably flow upwards to all wings of the State. That objective—the need to decolonialise ourselves—is our real emergency. Then we can get back to dealing with elevator phobias.