ASHAs are an integral part of the institutional healthcare structure in India, but continue to be treated as subpar by the government and other healthcare workers. 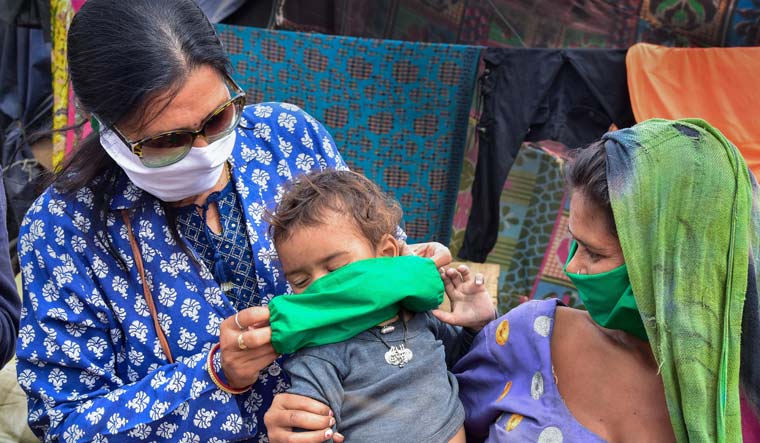 At 5 pm on March 22, almost the entire country rose to clap, bang pots and pans, ring bells and generally make a noise to express its gratitude towards healthcare workers battling the COVID-19 pandemic on the frontlines. Since the first reported case of COVID-19 on 30th January, the virus has rapidly spread across the country, with nearly 2000 Active Cases and 50 deaths as on April 2.

Healthcare professionals have been mobilized in all states to tackle this public health emergency; however, given the rising number of cases, community-based health workers have been deployed as the ‘first line of defense’ to manage the pandemic.

Leading this charge are Accredited Social Health Activists (ASHA): a female volunteer, usually between 24-45 years of age, for every 1000 people in a village, meant to act as an  “interface between the community and the public health system”.

In the midst of the COVID-19 pandemic, 9,00,000 ASHA workers have been designated to assist with healthcare management. They have been directed by different state governments to educate people about the virus, check for symptoms, and provide advice on precautions to be taken in dealing with COVID-19. Several states have tasked ASHA workers with going door-to-door to collect information about and monitor people who have returned to India after travelling to other countries affected by the virus.

ASHAs constitute critical human resources trained to provide healthcare services. They are supposed to receive performance-based incentives for healthcare delivery services, in lieu of fixed salaries. For example, an ASHA worker is supposed to receive Rs. 300/- for accompanying a woman for institutional delivery and Rs.150/- for escorting a woman for insertion of a postpartum intrauterine contraceptive device, apart from a minimum honorarium between Rs 2000 - 4000 per month depending on the state/UT.

Policymakers have argued that a fixed salary can lead to complacency in the worker’s approach, whereas an incentive-based system ensures accountability, which is particularly important in the current ASHA structure, as monitoring workers in rural areas is difficult. They also noted that paying fixed salaries to ASHA workers would create a force of healthcare workers who would be entitled to national government pensions, among other benefits, thus preventing it from becoming a state-level initiative.

In 2005, recognising the need to connect marginalised communities, especially in rural areas, to essential health services, and to improve access to “equitable, affordable, accountable and effective primary healthcare” for poor women and children, the Ministry of Health and Family Welfare launched the National Rural Health Mission (NRHM) in 2005. India’s expenditure on healthcare increased to about 1.15 per cent of the GDP, which is amongst the lowest in the world. But it is still higher than 2004-05, when it was a paltry 0.97 per cent.

Sadly, the ASHA worker scheme, a key component of the NRHM, perpetuates, legitimises and normalises gender-based occupational segregation and systemic pay inequity. ASHA workers often work long hours, sometimes seven days a week, at par with (or exceeding) workers in other sectors who not only receive salaries in line with minimum wage requirements but are also eligible for various other statutory benefits. Important tasks such as home visits, sanitation work and community mobilisation are unpaid. The performance-based incentives are also insufficient, given that for many ASHA workers, their work under the NRHM is their primary source of income. Over the years, ASHA workers and activists have noted frequent instances of part or delayed payment of honorariums for up to several months, forcing many of them to find secondary employment or leave the ASHA programme altogether.

ASHA workers have staged several protests throughout the country over the past five years. But they point out that the Prime Minister’s promise in 2018 to raise their honorarium by 60 per cent remains unfulfilled, even as their workload has increased. The ASHA workers' main demands over the years have been the recognition of government employee status along with all benefits, including insurance, pension, leave allowances and a minimum wage of Rs.18,000/- per month.

ASHAs are an integral part of the institutional healthcare structure in India, but continue to be treated as subpar by the government and other healthcare workers. They are currently contributing significantly to the management of the COVID-19 pandemic that has brought the whole country to a near halt. Despite this, it has been reported that they have not been provided with any personal protective equipment, including masks, gloves and sanitisers. Nor have they been given specialised training on the safety standards to be followed in dealing with people potentially affected with COVID-19. Ranjana Nirula of the All India Coordination Committee of ASHA Workers says that most workers had been asked to purchase their own safety equipment, which is highly unfeasible given their low earnings. These concerns over the lack of safety equipment and infrastructure have been echoed by other healthcare workers, including doctors and nurses.

This pandemic is a timely reminder that India’s healthcare system is in shambles. It is high time that the government extends this 15 minute of solidarity and appreciation into institutionalised recognition of ASHAs as legitimate “workers” deserving of regularised salaries, better working conditions, proper training and safety equipment. The government must stop depending on this charity model of an all-women workforce toiling in the most deplorable working conditions, and prioritise healthcare reforms, with an increase in the healthcare budget being the first step. Clapping for our healthcare workers is good, but it is not enough.

(The author is Professor of Law, and Vice-Dean (Research), and the Founding Executive Director, Centre for Health Law, Ethics and Technology at Jindal Global Law School)