The Viral Learning Curve: Universities And Classes In The Time Of Corona

A brave new world has opened up before our universities. Scratch that, the world has been around for quite a while, but Coronavirus pandemic has driven a mass-exodus into that world, most immediately, into our laptop screen, writes Saikat Majumdar 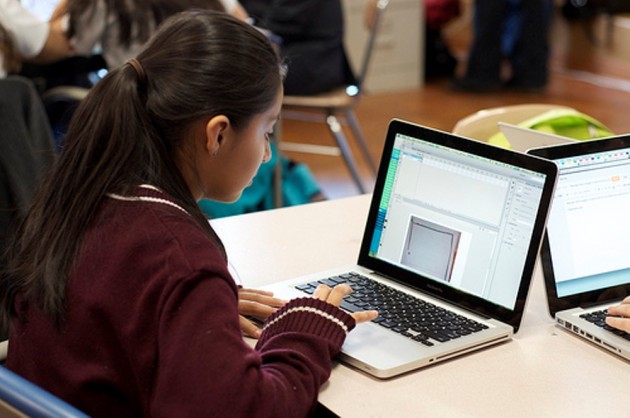 Last week, our university discontinued classroom instruction and moved classes online. I taught my first online class on Monday and again on Wednesday.

As it happens, I had conducted a Webinar at the end of February, where I made a presentation on the new English MA at our university, to nearly 30 prospective students who had logged in from various locations of the country. But they were faceless in more senses than one: I did not know these people personally, and secondly, I could not see their faces (though they could see me); follow-up questions they asked appeared on a part of the screen and I could speak my responses, which they could hear.

But the classes on Monday and Wednesday were different. These were our own students, students who I had taught in class for six weeks, many of whom I had come to know by name, whose written work I had discussed, commented on, and graded. Zoom technology turned them into little boxes (about 30 max on a screen, I think), where their faces – and the occasional coffee-cup – appeared, though some had turned video option off, perhaps to preserve bandwidth – or a privacy, because they could now do whatever they wanted during class and the instructor was a distant screen away!

“I don’t have to worry about waking up early and running for class,” Avi Tewari from another university, SRM Chennai, has been candid about the benefits of online learning.“Now I can learn sitting in my comfortable zone.”

For me, on the whole, barring the occasional lagged sound, the classes felt like a success. Students spoke, asked questions, contributed to the discussion. Whenever I needed to refer to the text, a helpful student shared her screen where she had a .pdf open. I’d thought I wouldn’t need the whole 90 minutes, surely we’d run out of things to say in this stunted format? The time was up before we knew it, and when I exited the screen, it felt like leaving a real room.

A brave new world has opened up before our universities. Scratch that, the world has been around for quite a while, but Coronavirus pandemic has driven a mass-exodus into that world, most immediately, into our laptop screen.

Difficult times bring valuable lessons, though sometimes at great cost. Isaac Newton’s valuable work on calculus, optics and gravity when he had to work from home the University of Cambridge closed down due to the Bubonic Plague in 1665 is now a popular Instagram meme. For universities in 2020, the Coronavirus pandemic offers a bittersweet learning curve. If the lessons are learned well, we can look back at this as a moment that pushed universities to move on to a number of meaningful trajectories.

The single-most important learning curve is the mass-migration of learning and instruction online. The lessons are not only technological, but also ethical and political in significant measure.

When we were pushed to move classes online last week, in some ways it felt like an overdue measure. Each year, around Diwali we face the difficult decision whether to suspend classes for a couple of weeks, make attendance optional, even change the academic calendar, all for the sake of our lungs, in the face of the year’s most sickening window of air-pollution in North India. And this February, the worse communal riots in India since 2002 in Gujarat raised so many questions about safety, the real world felt like such an unhospitable place, that withdrawing academic exchange into a virtual space almost seemed tempting, though perhaps at the expense of the right conscience that made physical presence and activism indispensable.

This is the point where Netflix addicts would advise me to go back to the show Black Mirror, to remind me that the virtual is no safe space. But there hangs a different tale.

Against the urgent need to withdraw, to practice social isolation, online instruction via videoconferencing has been a real solution in at least the reading-and-discussion based disciplines, especially the humanities. I’m less sure as to how it has worked for scientists, and I’ll leave it to my science colleagues to comment on that. Suffice to say here, however, that online teaching has a range of arrows in its quiver, and simulating a venue of discussion is perhaps the most basic of them, no matter how impressive to some of us Luddites.

The real challenges of the pandemic-induced closure of the physical university are, however, not technological, but ethical and political.

A national daily reported last week that as the Coronavirus pandemic keeps children away from school, 3.75 lakh children registered with 33,115 anganwadis in Kerala will get the material for their mid-day meals delivered at home. Eerily, the news item brought in mind another I came across in an American higher education magazine, of college shutdown due to the global pandemic forcing poor and minority students to lose valuable academic experience, but also hot meals and a shelter. The closure of educational institutions have literally thrown them out on the streets.

A recent report in the New York Times, as well as a much-discussed Washington Post Op-Ed by two Amherst College seniors have pointed out how online instruction has thrown the fault-lines of privilege on campus into sharper, more painful relief. For affluent students attending wealthy universities, the switch has happened immediately and seamlessly. For poor and minority students, their workstations and internet bandwidth tend to reflect the weak fabric of their homes and personal lives. I believe one instructor witnessed a student participating in class from a crowded and noisy bus terminal, their home for the time being.

If that is a reality in an affluent country like the US, what must be the situation in India? My satisfaction at successful online teaching at an institution like Ashoka suddenly begins to wither. Sure, many of us read that report in today’s newspaper about a rural government school running classes on WhatsApp – WhatsApp remains to the poor what Zoom is to the relatively privileged, requiring at least a computer and strong internet service. But the WhatsApp school story, is it just a story? How ubiquitous is hi-tech instruction going to be in rural and disenfranchised sections of the populace?

All crises have unlikely, unintended beneficiaries. Socially isolated, we might be boosting the health of online retail, at least of virtual goods and services, such as Netflix and e-books! Universities have a lot to lose in this pandemic, but they may seesome unexpected glimmers of hope as well. Whether or not this pandemic is followed by a worldwide economic depression, suddenly more people may have time for that online course they always fancied but for which they never had the time. And as Caroline Hoxby, the higher education economist, recently reminded the Times Higher Education, in times of depression and unemployment, the one place people like to return to is school (where graduate school even offers a modest living stipend). The repository of an unlikely kind of agency in a time of crisis, universities can become powerful and responsible citizens, and attend to the inequities perpetuated by instruction and technology so that the crisis materializes with vast difference across economic fault lines.

Professors can always gravitate – the pun in inevitable – to the Instagram meme on Newton’s Diary of a Plague year.

Saikat Majumdar writes about arts, literature, and higher education, and is the author of several books, including, College: Pathways of Possibility. @_saikatmajumdar.