In kowtowing to the BJP, Kejriwal is seen as having betrayed those who reposed their trust in him. Although Kejriwal’s AAP voted against CAA in Parliament, his party did not take a stand on the law in its election campaign. 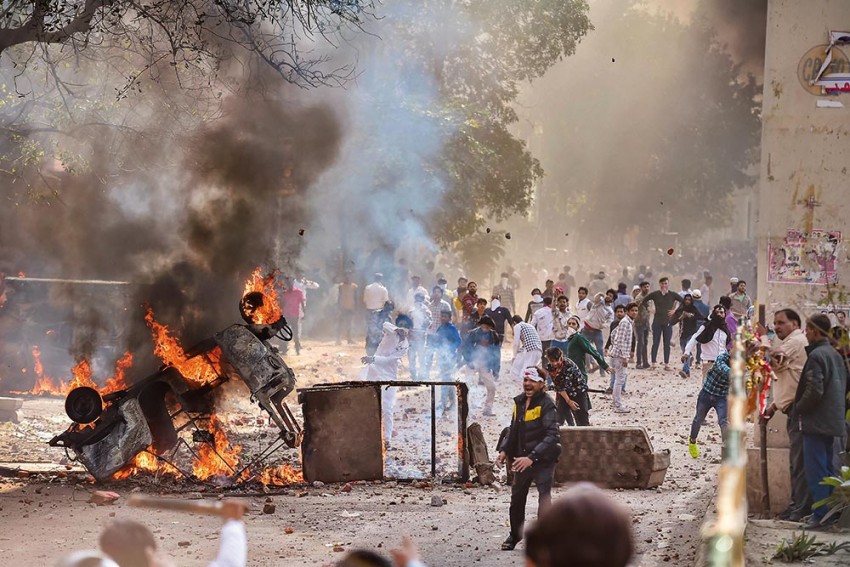 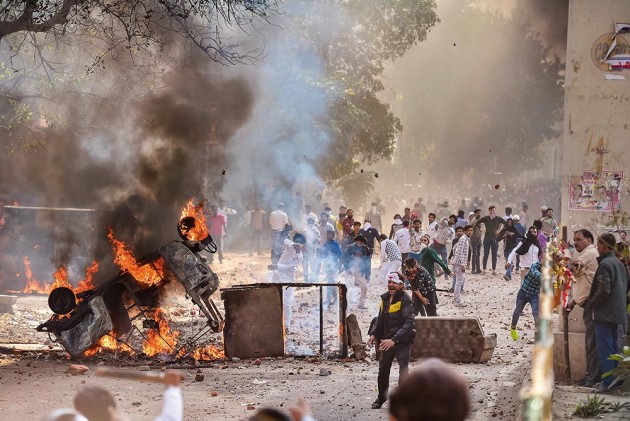 More than three months after the worst anti-minority riots Delhi has witnessed in 35 years, neither the Delhi police nor the Aam Aadmi Party (AAP)-led government appears to be moved by any sense of urgency to ensure justice to the victims of the violence. Far from that, police investigations appear to be targeting the victims, particularly Muslims. The police also appear to be indiscriminately arresting political and student activists, mainly young Muslim women, notably of JNU and Jamia Millia Islamia, who were active in the protests against the Citizenship Amendment Act (CAA) since December 2019.

So it came as no surprise when a Delhi court, dealing with riot cases being handled by Delhi police’s Special Cell noted, on May 27, that “the investigation seems to be targeted only towards one end”. According to an Indian Express report, in his order, Additional Sessions Judge Dharmender Rana wrote that the Special Cell DCP should “monitor” and “ensure fair investigation”.

ASJ Rana’s sharp observations came while hearing a plea filed against the 30-day custody of Jamia student Asif Iqbal Tanha. He was reported to have said: “Perusal of the case diary reveals a disturbing fact. The investigation seems to be targeted only towards one end. Upon enquiry from Inspector Lokesh and Anil, they have failed to point out what investigation has been carried out so far regarding the involvement of the rival faction.”

Delhi police had arrested Tanha in the preceding week. Arrests in the case under the Unlawful Activities (Prevention) Amendment Act began in late March; and, among the first to be arrested for involvement in the anti-CAA sit-in at Khureji were Khalid Saifi, an activist with United Against Hate campaign, and advocate Ishrat Jahan, a former Congress councillor.

The violence erupted in north east Delhi on February 24 as a riot between two communities, which, according to civil servant-turned-activist Harsh Mander, turned into a pogrom “where organisations and people of the majority community, with active state protection and support, attacked the properties and bodies of Muslim residents.” Muslims bore the brunt of the violence -- 38 of the 53 killed were Muslims.

Around mid-May, Delhi police said more than 1,300 accused had been arrested in over 750 cases related to the violence, with the number of those arrested from the two communities “almost identical to each other”. Not all the FIRs have been made public, which makes scrutiny of investigation difficult and raises questions about access to justice for those arrested.

Based on an analysis of some 40 FIRs, activists have accused the police of a communal bias against Muslims. There appears to be a basis for this charge, given the way the police have gone about arresting Muslim youth activists for their involvement in anti-CAA protests, which began a good two months before the riot. At the same time, the police have not acted against Hindu political leaders of the ruling party who openly incited mobs.

“The deliberate targeting of students and members of the Muslim communities in the name of prosecuting those who engaged in the violence", as brought out in a statement by 567 activists, organisations and prominent citizens, reinforces the perception of Delhi police’s communal bias. Any doubts on this score are banished by police’s attempts to link the peaceful anti-CAA protests to the riots. Prominent among those arrested are: Debangana Kalita and Natasha Narwal, activists of feminist collective Pinjra Tod; Gulfisha, an MBA student in jail since April 9 on charges of sedition; and, Safoora Zargar, of Jamia Coordination Committee, in jail for over six weeks, pregnant and, at risk of Covid-19 infection.

Instead of going after those who incited the riots, the police are persecuting young people involved in protest campaigns against the CAA and recklessly invoking the charge of sedition under Sec 124A.

Few may be surprised by these actions of Delhi police, which come under the Union Home Ministry. The surprise is Delhi Chief Minister Arvind Kejriwal’s role as an enthusiastic accomplice in this crackdown on young people, particularly Muslims and students of Jamia and JNU.

Speak to any activist and “turncoat Kejriwal” “BJP’s hatchet” and “Delhi police poodle” are the labels he gets. Kejriwal made a show of disagreeing with the Lt Governor’s suggestions on counsel for the riot cases. And then his government caved in and named Solicitor General Tushar Mehta as Special Public Prosecutor.

This is of a piece with Kejriwal’s “betrayal” of JNU student leader Kanhaiya Kumar in the so-called sedition case. After talking like a cheerleader of Kanhaiya in 2016, for four years Kejriwal did not let Delhi prosecute Kanhaiya under Sec 124A. Soon after his re-election as CM and making up with the BJP, in February this year, Kejriwal did a U-turn and gave Delhi police the go-ahead to prosecute Kanhaiya without any explanation whatsoever.

This change in stand also places in context his assertion that he -- unlike the BJP and the Home Ministry, which control Delhi police – would have cleared Shaheen Bagh of the anti-CAA protesters. Although Kejriwal’s AAP voted against CAA in Parliament, his party did not take a stand on the law in its election campaign and kept a safe distance from the protests at Shaheen Bagh and elsewhere in Delhi. Kejriwal played it safe during the February riots in northeast Delhi by not doing or saying anything that would alienate the communalist criminals and their patrons. AAP was careful to be not seen as being on the side of the victims, especially the Muslims.

In kowtowing to the BJP, Kejriwal is seen as having betrayed those who reposed their trust in him. It is a moot point whether the BJP has co-opted him or he has become a bondman for the Sangh parivar.