No Bliss In Ignoring A Coup!

While several countries spoke out, Myanmar’s immediate neighbour India is still content with its customary stance in principle, of advocating dialogues to resolve the issue. 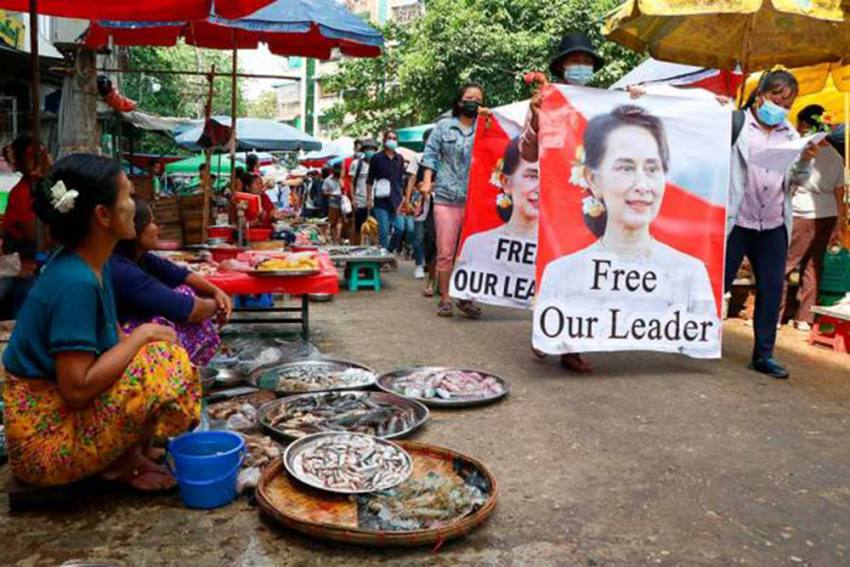 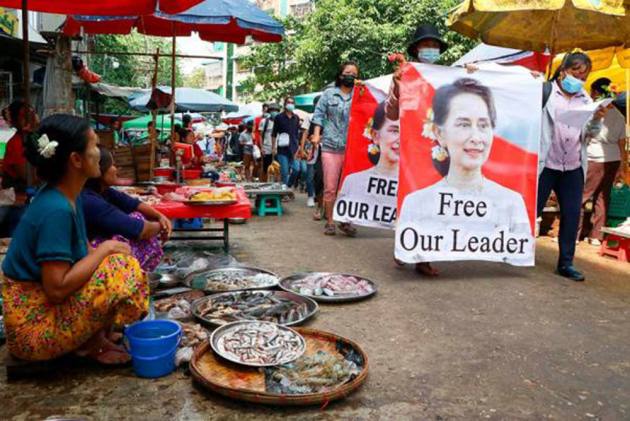 The turmoil in Myanmar after February 1, 2021 military coup has seen hundreds of innocent lives lost and thousands displaced.

While several countries, including the US have not just spoken in strong terms condemning the coup but undertook several diplomatic pressures and actions like sanctions, its immediate neighbour India is still content with its customary stance in principle, of advocating dialogues to resolve the issue.

As for China, its passive reaction and disheartening stance are not a surprise as the formulation of the military junta's bold coup will not be spawned without a belief that it will have the blessing and assurance from China. That India attended Myanmar’s Armed Forces Day alongside China, though might have been a diplomatic compulsion had cast a different picture of India condoning the military junta in the eyes of many observers.

The United Nations amidst report of gross human rights violation supported with ample pieces of evidence ---- images and videos of the military junta actions in Myanmar is surprisingly waiting too much time to address the issue efficiently. Talks of internal issues cannot be an excuse for any government, let alone a military coup, to deny their citizens all known forms of rights. The indiscriminate killings of civilians and NDF political workers, the inhumane suppression of protestors, and the recent air raids in Eastern Myanmar which led thousands of people belonging to the ethnic minority--- Karen --- to flee are signs no less of a civil war. Already, a quiet yet unmistakable sign of blocs being formed for and against the military occupation in Myanmar has emerged. It surely has the grave potential of disturbing international harmony. The United Nations Security Council, as empowered should not wait for the loss of more innocent lives to intervene.

Embedded with the volatile situation of Myanmar is the issue of refugees. It is a delicate issue for India as it is presently engaged in curbing the concerns of increased illegal immigration from Bangladesh too and has been taking measures to control the influx. It is therefore not in India's interest to face a similar challenge of controlling influx from Myanmar. Thus when news of a few Myanmar individuals taking shelter in India made headlines, the government of India quickly directed Myanmar bordering states to not entertain the fleeing refugees. The Manipur and Mizoram governments followed suit the direction received from the Centre. However, what resulted thereafter which promoted a civil outcry in Mizoram and Manipur was that these people who entered India were not just Myanmar citizens but people mainly belonging to ethnic minorities in Myanmar with whom they have maintained cordial relations since pre-Independence. As such, to them forsaking the fleeing civilians with the knowledge that their lives are at stake in Myanmar at present would be akin to ordering the death sentence of their brethren. Mizoram chief minister Zoramthanga requested the central government to attend to the displaced civilians seeking temporary shelter. The orders to send back Myanmar nationals fleeing into India have since been revoked by both Manipur and Mizoram governments.

That Myanmar is home to many insurgents of Northeast India is a secret to none. Here is where India feels the role of Myanmar to be of paramount importance to control the insurgents. In recent years, Myanmar has obliged the expectation of India and it is this important factor India would not want to lose irrespective of who rules Myanmar. However, if reports of some insurgents having ties with the PLA of China are true, the military junta will not think twice to choose between India and China in any of their decision.

In early March, a protest placard in Myanmar reading “India, Help Us” was only a shred of small evidence as to how big the Myanmar civilians have their hopes on its immediate neighbour, to restore democracy in Myanmar. For a country, which felt rightfully felt the sufferings of people of their immediate neighbours in East Pakistan, the mockery of democracy in Myanmar deserves special attention than denying the coup and maintaining a cold war-era approach. For a start, maintaining a truthful stand in the UN Security Council and condemning the military junta will not only help save many innocent lives but restore the faith people have in us to play a bigger and meaningful role as the largest democracy in the world. And past experiences with Myanmar showed it was and it will be more rewarding for India in terms of trade, security, and politically to deal with a democratic form of government. Of course, the military junta has rejected the November 2020 election results and promised a year to restore normalcy but it is anybody's guess as to how many civilians live will be lost in one year and most importantly what beholds beyond the one year of destructive coup.

(The writer is a published author and freelance writer. Views expressed are personal and do not necessarily reflect those of Outlook Magazine)