The coming together of varied health, economic, political, and socio-cultural influences have drummed up popular enthusiasm for Senator Harris’ s nomination for VP in the upcoming US elections. 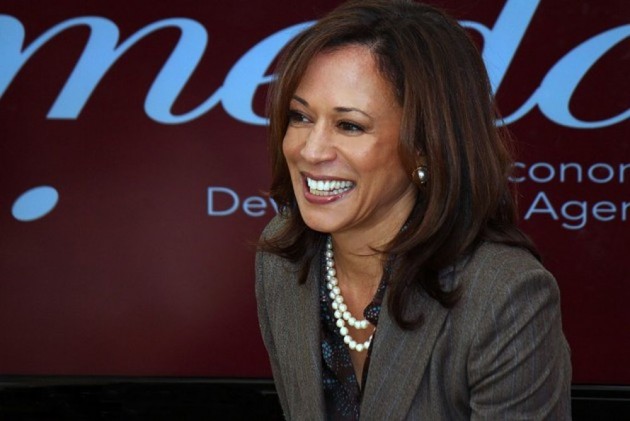 Multiple constituencies across United States of America, India, Jamaica, and Canada are claiming Kamala Devi Harris as their “daughter” through birth, parental lineage, extensive familial and affective bonds, educational grounding, cultural legacies, and political work. Senator Harris, as the Vice-Presidential (VP) candidate of the US democratic party, invited immense media commentary across these locations. How does one understand the wide appeal and political ascendancy of the Senator? Is it the political moment that has risen to meet Harris’ candidacy, is it her unique gendered and multi-racial identity markers that make her the subject of popular curiosity, or yet still, might it be the moral bankruptcy of the current Trump presidency that has fostered a deep desire to restore good and ethical leadership that’s catapulted her to popularity and extensive commentary? It is probably a combination of all these factors that would help us understand what Senator Harris’ nomination conveys to people within the US and in locations as varied and distant as Canada, India, Jamaica, and beyond.

Rise of an Amriki Daughter in an Historic Moment

Let me unpack the backdrop within which Kamala Harris has emerged as the running mate of Democratic presidential nominee, Joe Biden. We are living in an unprecedented historic moment, one ravaged by global pandemic—where rates of infection and death are proportional to mindful national and local governmental public health directives or lack thereof. COVID has threatened human lives and destroyed livelihoods by shrinking employment and plunging the global economy into recession. This monumental health calamity and its corollary economic melt-down, in the US, has been further exacerbated by blatant police brutality and targeting of colored bodies, especially Black bodies. The murders of George Floyd, Breonna Taylor, Ahmaud Arbery, and the fatal shooting of Jacob Blake, has reignited the Black Lives Matter (BLM) movement, energizing the demands for radically reimagining policing and community safeguards and marking this as a moment of national reckoning.

Gender identities further deepen the class, race, and ethnic fault lines within the current US national moment. This August marked the centennial passage of the nineteenth amendment, in celebrating this historic landmark in an election year, a collective “feminist” aspiration has emerged to end the perpetual national postponement of women’s claims to highest political offices. Nor can one gloss over the ongoing #Me Too movement’s persistent dismemberment of patriarchal entitlement to women’s bodies across varied professional locations.

The coming together of these varied and intersecting health, economic, political, and socio-cultural influences have drummed up popular enthusiasm for Senator Harris’ nomination for VP in the upcoming US elections. There is a deep and widespread desire to reinstate the lost ethics of care and empathetic engagement across our differences. Let us watch and see how the campaign unfolds and if Senator Harris will indeed make history this November as the multi-ethnic Amriki daughter of immigrant parents, breaking through the glass-ceiling of American politics.

Promises and Dilemmas of Holding Multiple registers of Identity and Heritage

Even as national elections are strictly confined to political participation of eligible electorates within its borders, favorable press abroad adds luster to politicians running for office. In her acceptance speech at the Democratic convention, Harris acknowledged her Indian heritage and graciously thanked the love and blessings of her Indian chittis (aunties). Given she is an astute politician, she was quick to debunk

“the birthers” racist conspiracies in publicly recounting her birth to a formidable five-foot Indian mother in Oakland, California.

Senator Harris self-identifies as a Black woman with mixed Indian and Jamaican heritage. How has this acknowledgment of her identity and heritage been received? Some have argued she is not Black enough, not American enough, not Indian enough, and not Jamaican enough. On the flip side others have celebrated her Blackness, recognizing her as a celebrity alumni of Howard University and a proud Alpha Kappa Alpha sorority sister. Indian Americans delighted in her cooking show with Mindy Kaling, she regaled the audiences with her trip down memory lane, complete with aromas of exotic spices and instant coffee. Sections of the Hindi press in India celebrated Harris’ nomination almost as a victory of the ruling Bharatiya Janata party (BJP). That their electoral symbol is a lotus, “Kamal” in Hindi, drove many propagandists to proclaim her nomination as the blossoming of the Kamal overseas. The Jamaican press reported on how some have pitched a new menu for the White House complete with oxtail, rice, peas, and curried chicken.

In Canada many take pride in Harris’ schooling in Montreal. This is clearly no Bollywood tale of a rags to riches protagonist, for on either sides of her parental heritage Harris comes from privilege. In her speeches Harris recalls her parents and their tale of migrant romance, spun around transcontinental love, learning, and politics. This relationship blossomed in the crucible of progressive US student politics of the 1960s. Both her parents, even as they divorced later, achieved success within their respective academic fields of biology and economics, ensuring access to elite education for their two daughters.

Holding the blessings of her chittis, nurtured by the rich gastronomical traditions of her Tamil Brahmin and Caribbean kin, intimately brought within the ambit of Jewish culture through matrimony, while being groomed as a representative by multiple under-represented political constituents within the US-- Kamala Harris must have learned to find “comfort in ambivalence,” to borrow from Gloria Anzaldua. Her nomination is at a testimony to American liberal democratic tradition, just as it promises to embellish and strengthen these traditions by broadening its cast of leaders responsible for safeguarding the union. Perhaps this is the moment for the Biden-Harris ticket— not woke enough, but neither regressive to the point of dismembering the national fabric.

Slippages across the Political Spectrum

Given the historic and on-going injustices, there are many expectations tied to Harris’ nomination. Her nomination gives to the Democratic ticket the appearance of being all things to all people. Even as it appears that this ticket holds a centrist position on most issues, what is closer to truth are slippages across the political spectrum. Harris is a black multi-ethnic woman candidate. She comes to the ticket with a track record of upholding law and order as the Attorney General of California and a self proclaimed “top cop.” She simultaneously gives political visibility to black women and People of color (POC), while allaying fears about “defunding the police,” or as someone soft on crime.

In her person, Harris holds the promise of reconciling and sweeping votes of many constituencies. With Biden on her side, this Democratic ticket presents a register of optimism complete with the performance of inclusion and diversity, reassurances to the global community of pursuing responsible environmental policies, reinstating the nation’s faith in science, while reclaiming lost democratic grounds. Not to be forgotten, is the fight to honor the dying wish of the much-admired supreme court justice, Ruth Bader Ginsberg, while seeking to uphold the sanctity of the American Supreme court.

In Harris’ nomination, the old guard within the Democratic National Committee (DNC) chose to ensure its centrist platform perseveres, holding off a take-over by the progressive wing of the party. The progressives represented by Bernie Sanders’ agenda, backed by Alexandria Ocasio-Cortez and others are relegated to the margins. The DNC sees their ticket as healing national divisions, inspiring many to get to the polls, and advancing the promise of a more “perfect union.” Promising all this without undertaking structural rearrangement of power within its own ranks or across the socio-economic terrain. What they have lost in the enthusiasm for Bernie’s progressive agenda, the DNC believes it may have gained through Harris’s ever-expanding orbit of racial affinities across multiple constituencies.

The internal contradictions that mark her politics make Harris an ideal subject for feminist engagement. While her ethical stand on speaking out against the suspension of normalcy within the troubled region of Kashmir is heartening, her unrelenting support for Israel even as it violates the rights of many Palestinians, is disheartening. Given that much less is riding on Kashmir within mainstream American politics than is on the Israeli question, there is room for the Senator to carve out an “independent,” position on this particular global conflict. There is no space for critical commentary on Israeli occupation of Palestinian lands within US politics, effectively shutting down questioning as anti-Semitic. One could speculate how marital and paternal influences merge and split to shape the Senator’s political leanings. In mapping Senator Harris’ political trajectory, the complex entanglements of many domestic and public influences in her life become apparent.

In conclusion, the feminist adage, the personal is political, is brilliantly illuminated in the politics, life, and the person of Senator Harris. My mother in Delhi and my daughter in Flagstaff—of course, from very different generational, geographical, and political lens-- cherish her ethnic visibility and approximation to power. In the interstices of their comments and sensibilities, I situate my own fractured understanding of Harris’ nomination to the democratic party’s electoral ticket.