Joe Biden Will Be Good For India

It is not the bonhomie between two leaders, like Trump and Modi exhibited, that matters in India-US ties. 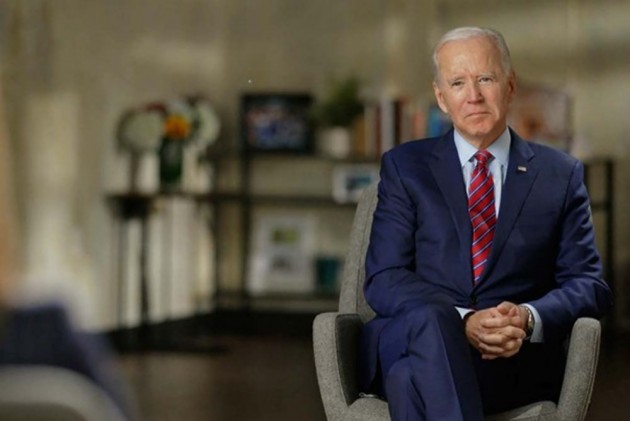 As Joe Biden inches his way to the presidency, the world especially America’s allies in Europe is heaving a sigh of relief to see the back of a maverick like Donald Trump. But here in India, there is a view that another term for Donald Trump would have been better for the country, as many see him as a friend.

Rest assured Joe Biden will be as good for India and the change in Washington will in no way affect ties with the US. The Modi government and the Indian establishment are well aware of this and the strategic compulsions behind the move. Some people, bedazzled by the spectacle of President Donald Trump and Prime Minister Narendra Modi arm-in-arm waving to adoring crowds in Texas and Ahmedabad, tend to believe that the personal friendship between the two leaders as responsible for the current India-US bonhomie.

The India-US defence and counter-terror cooperation will remain intact and is likely to develop further in the face of a common threat of a rising China, flexing its muscles across Asia. Successive US governments, whether Republican or Democratic have realised India’s centrality in the defence architecture of the Indo-Pacific region, where China is increasingly asserting its economic and military power. As a large democratic Asian nation, India fits the bill to counter an authoritarian China with its one-party rule.  Since Bill Clinton travelled to India in 2000, ties between India and the US has steadily progressed. One reason why Republican President  George Bush pushed for the India-US civil nuclear agreement was to get India on board to counter China.

So, for now, there is a convergence between India and the US strategic interests. Irrespective of whichever party is in power in Washington, the India policy followed since 2000 will not be disrupted. Prime Minister Modi’s government defence co-operation with the US is a bulwark against China. Not that the US will fight China on India’s behalf, but having the US the world’s only Super Power  on its side is a plus.

Narendra Modi, like Manmohan Singh before him, had tried to engage with China. The Wuhan and Mahabalipuram meetings were an attempt to build trust, but obviously did not succeed, considering the military stand-off in Ladakh this summer led to the death of 20 Indian soldiers. The quad, the Malabar exercises, and defence dialogues are all aimed to protect India’s national and security interests.

In many respects, the relations with a Biden Administration would be more stable as it moves away from Trump’s transactional view of foreign affairs. Trade negotiations, especially with a Biden White House, are expected to be smoother.  As a long time politician, who is not a businessman like Trump, Biden's approach would not be the all or nothing approach of the Trump White House. A trade agreement with the US will be easier to work out. Also on immigration and HIB visas the path would be smoother. Tech companies both in the US and India will get much-needed relief when the visa issue is cleared.

Some believe that Joe Biden may go out on a limb for Pakistan and revive the old US-Pakistan ties to hammer India on Kashmir. Pakistan has been thoroughly exposed after the US and NATO experience in Afghanistan. The Americans got a taste of the duplicity of Pakistan’s military and its use of terror groups to target American soldiers in Afghanistan. Trust has completely broken down, and Biden like Trump knows well what the Pakistan military is all about. Biden was the Vice President when President Obama ordered the operation against Osama Bin Laden in Abbottabad, a Pakistani garrison town.

Yes, a Democratic White House will be more value-based democracy and human rights will be central, but that does not mean that strategic ties with India will be affected.

The pro-Pakistan tilt that some fear is because of remarks made by Biden and other Democratic leaders after India scrapped Kashmir’s special status. There was also criticism about both the Citizenship Amendment Act and the Assam’s National Register of Citizens. Biden will certainly raise these issues with Indian leaders and call for India to maintain its traditional secular and inclusive values.

As leader of the free world, an American President who champions democracy and human rights is  good for the world, including India.