Forcing birds to live in cramped cages, often all alone, is like sentencing a human being to solitary confinement. They become depressed, fearful, aggressive, and profoundly unhappy. Let’s use this 'Be Kind to Animals' Week to reconsider how we treat birds. 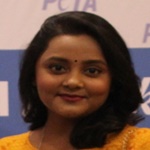 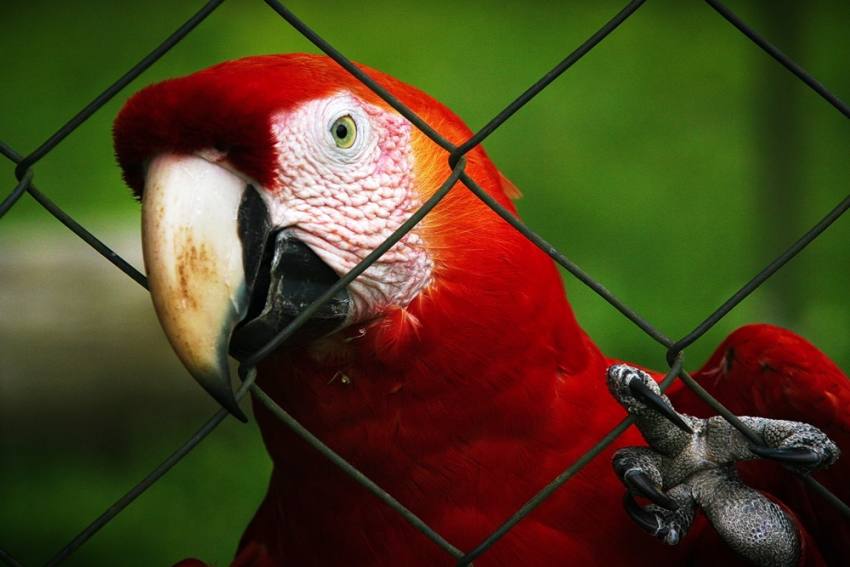 Keeping these intelligent and sensitive animals in cages is not only cruel but also illegal.
Representational image/Unsplash
Radhika Suryavanshi 2021-04-29T07:50:34+05:30 It’s A Permanent Lockdown For Caged Birds 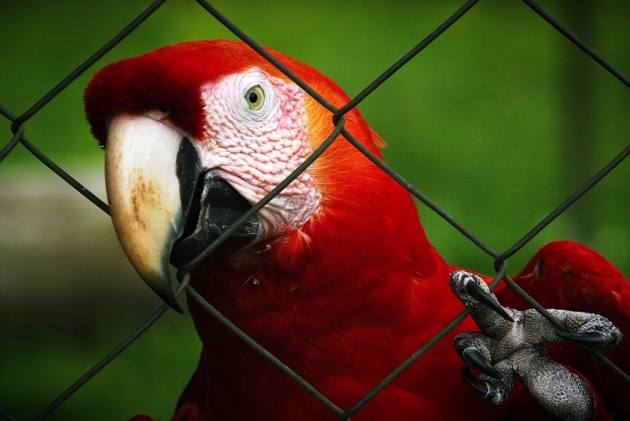 Everyone staying inside their homes during this past year knows how quickly the walls start to close in, but we also know it will eventually come to an end. Caged birds, on the other hand, will never know freedom. For them, lockdown is for life. Let’s use this “Be Kind to Animals” Week to reconsider how we treat birds.

Forcing birds to live in cramped cages, often all alone, is like sentencing a human being to solitary confinement. They become depressed, fearful, aggressive, and profoundly unhappy.

When birds are captured and put into cages, their spirits are broken. Many become so demoralised that they pluck out their feathers until their skin is bleeding and raw. Even though flying is as natural and important to birds as walking is to humans, some people subject birds to painful wing-clipping to prevent them from flying.

Avian welfare expert Dr Kim Danoff notes, “Depriving birds of flight is mentally and physically stressful. Some birds respond by plucking their feathers out; some become aggressive. It also contributes to poor health including weak and atrophied muscles, cardiac problems and respiratory problems.”

Keeping these intelligent and sensitive animals in cages is not only cruel but also illegal. The Wildlife Protection Act, 1972, and its 1991 amendment ban the capture of and trade in all 1,200 varieties of birds native to India. Meanwhile, the Prevention of Cruelty to Animals (PCA) Act, 1960, makes it illegal to keep an animal in a way that prevents “a reasonable opportunity for movement”. For a bird, that means flight. Despite this, hundreds of species of birds are openly sold in markets in many towns and cities.

India’s black-market bird trade causes immeasurable distress. Fledglings are often snatched right out of their nests, while other birds are caught in traps or nets that can seriously injure or even kill them as they struggle to break free. Wild-caught birds are packed into small boxes, and an estimated 60% of them die upon capture or in transit as a result of broken wings or legs, dehydration, or sheer terror. Those who survive face a bleak future in captivity, often suffering from malnutrition, loneliness, depression, and stress.

Wild birds live in flocks and communicate using hundreds of different calls, including hushed chatter and whispers that we can’t even hear. They enjoy bathing, exploring, building nests with their mates, and nurturing their young.

Loyalty means a lot in the bird kingdom. If birds become separated from their flockmates for even a moment, they call frantically to them. Many species mate for life and share parenting tasks. Coucal (a member of the cuckoo family) was once spotted trying desperately to revive his dead mate.

Confining birds for other reasons put human health at risk, too. It’s not uncommon to see dead and dying birds at pet and poultry markets, and the World Health Organization (WHO) warns handling diseased or dead birds and improper cooking can risk infection. Two strains of bird flu have been found in India in the current outbreak, one of which, H5N1, is fatal to 60% of humans who contract it, according to WHO.

If the coronavirus crisis has taught us anything, it’s that we sometimes have to change the way we do things. Going forward, that mindset should also apply to the way we treat birds. Those exploited in the pet trade don’t deserve to be kidnapped and forced into an existence in which they’re deprived of everything that could give their life meaning. And chickens, ducks, turkeys, and other birds farmed for food should be left in peace, too, not sentenced to a life of misery and an agonising death just for a fleeting meal. This year, during “Be Kind to Animals” Week, pledge to do something that will make a positive difference for our feathered friends.

Radhika Suryavanshi is a Senior Campaigns Coordinator for PETA India.

Covid: How Is Double Masking Going To Help? What’s The Right Way To Wear It? 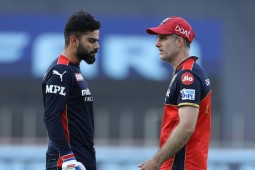