Home  »  Website  »  National  » Opinion  »  Grieve But In Isolation: How COVID-19 Has Upturned The Way We Mourn, Handle Death

The changes are already making grieving more complicated whether or not the deceased died from Coronavirus. Death-rites considered sacrosanct for any religion are in serious threat of being eroded, writes Priyadarshini Sen. 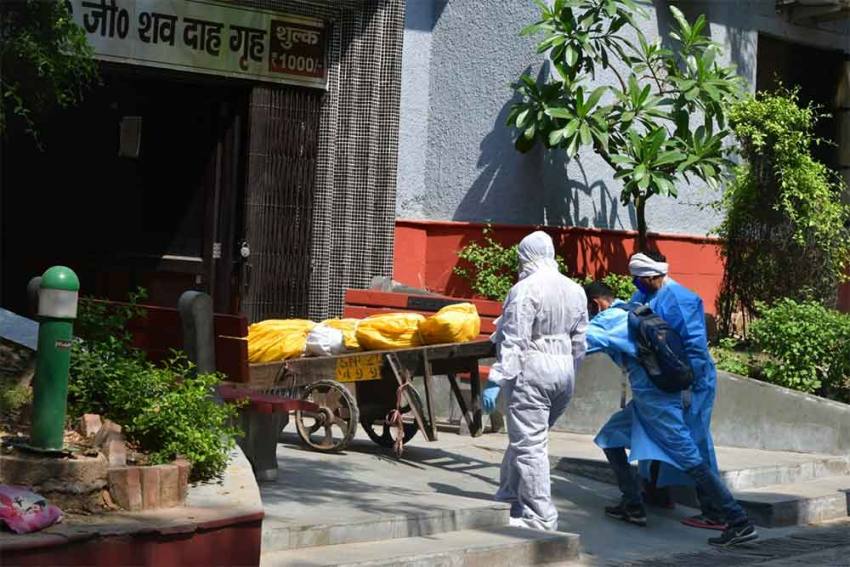 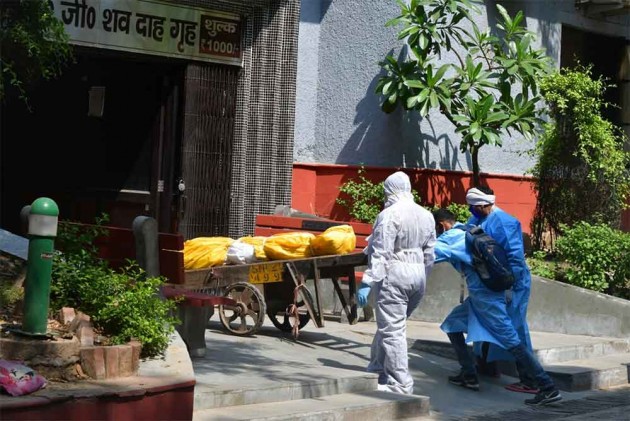 “For us, cremation isn’t a business,” said Betu, a keeper of the sacred flame used to light smouldering pyres across Varanasi’s famed ghats. “It is our spiritual destiny to grant moksha to the deceased by the sacred Ganges.”

Betu’s family, which belongs to the low-caste community of corpse-burners in Varanasi, has for centuries cremated over 200 corpses daily after passing flaming torches to the chief mourners. They have consoled the bereaved.

As teeming crowds of pilgrims, mourners and tourists gathered to pay their last respects to the dead, Betu’s kin oversaw rituals synchronised with outpourings of grief in solidarity. When the dead — shrouded in white and marigold — passed on, the cremators readied themselves for the next batch of mourners, unhindered by theseamless current of life and death.

But since the lockdown in March when gatherings in large numbers were called off to contain the pandemic, Betu’s family has cremated less than 30 corpses a day. Only the closest kin of the dead are allowed to circle the funeral pyres, and rituals have been truncated to quick implorations for salvation.

Bizarre as this may seem across the eerily quiet ghats of Varanasi where the search for moksha has never been a solitary affair in living memory, Covid has upturned our understanding of how to mourn and handle death.

As social distancing becomes the new normal, funerals — as we know them — will regrettably but necessarily be another of our social rituals that must radically alter. Grief must be processed in isolation.

To quell disquieting thoughts about mortality viscerally felt across religious and social traditions, human touch and presence arecritical sources of consolation. Gatherings not only infuse a sense of hope in survivors, but also normalise the grieving process. But in a pandemic of social isolation, grieving in unison exacerbates the risk of community transmission, isn’t it?

The changes are already making grieving more complicated whether or not the deceased died from Coronavirus. Death-rites considered sacrosanct for any religion are in serious threat of being eroded. There’s a sense of helplessness as age-old death rituals across religious traditions are being upturned to fit “together apart” silos and accommodate the new reality of virtual mourning.

In Calcutta, 79-year-old AnjanaBasu was in mourning when her sister-in-law died a few weeks ago. With no family by her side, Basu ferried the deceased to the cremation grounds, performed mukhagni (upending an age-old patriarchal ritual) and signed the death certificate.

“Never had I dreamt of leading a funeral, let alone a private shradhya ceremony in which food and prayers were offered to the deceased,” said Basu, who later shared her grief with her family over an online memorial service.

Even though this intensely emotional experiencewas a solitary one, Basu took comfort in the affirming sound of a lawn mower and in the sight of blooming flowers at the cremation ground. It made her see death as more an interlude than an end.

In the UK last month, a 13-year-old Muslim boy, who died after testing positive for Coronavirus, had a funeral where only four people wearing protective gear and masks, were allowed to be present. The mourners stood apart from each other observing social distancing guidelines, while the boy’s immediate family grieved their loss remotely in self-isolation.

There are also cases of families refusing to accept the bodies of Coronavirus patients fearing the spread of infection. In Maharashtra, a Muslim man was cremated hurriedly after graveyard authorities backed out; in Ludhiana, a 79-year-old man volunteered to perform the last rites of Covid patients after he was moved by stories of families refusing to attend funeral services.

Cemeteries and burial grounds are setting the rules for graveyard behaviour; funeral homes are handling arrangements over phone or online; funerals are being livestreamed to connect far-flung mourners; chairs are being repositioned at funeral homes; flowers and offerings have been made redundant; and celebration of the lives of those who've passed, reserved for later.

While dying alone may be a source of mental anguish, grieving alone could be harder—the loss remains, the connections change, the space for reconciliation shrinks. Even though technology and virtual communication are helping people come together, there may be strong unspoken feelings trapped by guilt where families think they haven’t done enough for their loved ones, or play blame.

Ceremonies are sometimes grief-levelers to accept the reality of death, share memories and discuss ways to live life forward with meaning and purpose. But with the breaking down of a habitual structure and the collective loss of normalcy, how do we then contend with grief and closure?

As hard as it may be to find meaning after a devastating loss, meaning itself could be the key to post-traumatic growth—a positive psychological change experienced due to a major life crisis or a traumatic event.

Instead of hate, blame and cynicism, turning grief and desperation into positive action could spark post-traumatic growth amid the pandemic.

In Indore, when the family of a woman who is suspected to have died from the coronavirus refused to touch her body, 10 Muslim neighbors put together a bier and carried her body to the cremation grounds on their shoulders.

There’s surely a lesson there.

Priyadarshini Sen is an Independent Journalist based in Delhi. She writes for India and US-based media. Views are personal.