Engineering: The Great Betrayal Of A Revered Discipline

Removing mathematics, physics and chemistry as a basic pre-condition for an engineering course is a short-sighted measure that dilutes and erodes the discipline. 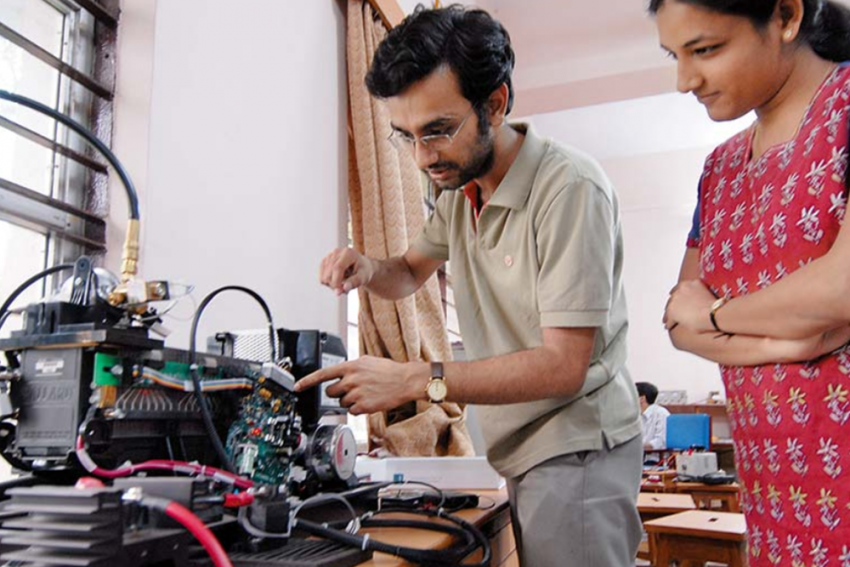 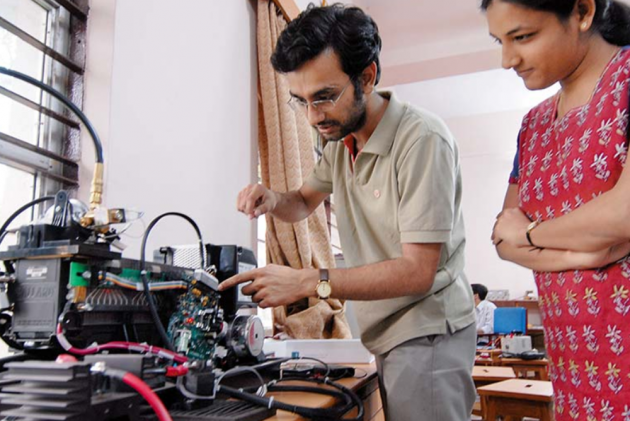 The great Indian obsession with engineering has finally pushed the field into a deep crisis.

It is now known to all that according to the new norms released by the All India Council of Technical Education (AICTE), mathematics and physics are no longer mandatory subjects in Class 12 for prospective engineering students. This follows the 2010 AICTE recommendation to make chemistry optional for such students.

With this declaration of new norms, none of the three subjects – physics, chemistry, mathematics – are now required for a Class XII student who wishes to, and may go on to, study engineering for an undergraduate degree.

The key argument made by the AICTE supporting this decision is that it will make for a more interdisciplinary approach to engineering and will encourage the entry of a wider range of students in the field. Dr Anil Sahasrabudhe, the AICTE Chairperson, has also pointed out that this opening up of the field beyond physics and mathematics is in keeping with the innovation and interdisciplinarity recommended by the New Education Policy, 2020.

As someone who has consistently championed interdisciplinarity in post-secondary education, this gives me serious pause. I’ve always encouraged the entry of students without a background in literature – sometimes even students from outside the humanities – into higher studies in English literature. I’ve supported this while reading graduate applications at Stanford, and now at Ashoka University, provided the students can establish true promise and aptitude in their application. And I’ve seen some of these students, including a few lapsed engineers, emerge as successful students and researchers in literature.

The basic raw material for literary study is a sense of the aesthetic and a feel for language – any language – that can overcome particular training in the language field in which they seek higher study or even research. Even the lack of English poses a technical challenge that can be overcome with some exposure and dedication for things that really matter, especially when students have come with a sense of vernacular literary traditions and the will to learn a new linguistic tradition.

From what I have gathered from the experts, the basic language for any serious engineering discipline is mathematics, with physics a close second. Studying engineering without adequate mathematic sense is like studying poetry without a sense of language or rhyme. This is to say nothing of the fact that a love for art and language can come from various walks of life, and need not be limited to the course of one’s study, while the formal study has traditionally been far more crucial for the development of scientific aptitude. This is the simple reason behind the fact that there will always be more science and engineering students who migrate to the humanities and the social sciences, than the other way around, which is much harder to do.

The argument for interdisciplinarity – and the opening up of engineering to students from a wider range of backgrounds – does not hold when it comes at the cost of the basic intellectual integrity of the discipline. What, then, is the possible explanation behind the opening up of engineering studies to candidates whose knowledge of mathematics and the fundamental sciences might be severely stunted?

In order to answer this question, it is hard to look beyond what S.S. Mantha and Ashoka Kumar have argued in a recent article – that the AICTE’s decision is driven by the needs of commerce more than the needs of education. It is common knowledge that the number of vacant seats have been growing in engineering colleges, especially private colleges, due to a number of reasons ranging from the shrinking of the economy to the poor quality of teaching and infrastructure in these institutions.

“During the academic year 2020-21,” Mantha and Kumar write, “nearly 180 professional colleges, including engineering institutes, were shut down, probably the highest number of closures of technical institutions in the last nine years.”

According to the figures shared by the AICTE, a little over 605,000 engineering graduates in the 2019-20 year were placed through campus placement against the enrolment of over 1.4 million, which makes for a less-than 50  per cent employment, a poor performance for a field that was once imagined to be a guaranteed ticket to a job. In December 2020, nearly 60 per cent of engineering seats in West Bengal institutes were vacant after three rounds of admissions. Similarly, around 75 per cent of seats in engineering institutes at Tamil Nadu remained vacant after three admission rounds, while in Karnataka, colleges approached AICTE for an extension in the admission deadline to fill up over 50 per cent vacant seats in the last week of December 2020.

Far more than any other subject, engineering education in India has been rooted in the profit motive. The economic narrative about engineering had a natural beginning, as there is much to build and develop in a postcolonial nation. This quickly translated into engineering as the surest and shortest path to upward mobility and financial security for the vast majority of the middle-class, and those aspiring entry into it. This in turn made way for the need to make a profit from popular demand for the field. Hence the absurd proliferation of engineering colleges, partly from government expansion, but most significantly through private institutions keen to make a business out of this.

The core of any real discipline, no matter how wide their professional application, will only bear the strain of thoughtless expansion to a point; after that, both the quality of training and the economic demand for it will start to give way, because no workplace can continue to employ the unemployable. The great Indian obsession with engineering – the great commercial need to profit from this obsession – has finally pushed the discipline to the edge of the precipice.

Engineering education and support for employment for newly minted engineers – especially those outside the elite core of the IITs and other high-ranking colleges – need serious reimagination. Perhaps some of the fields need to be absorbed into other tracks of education and training; perhaps their relation with the technical aspects of the fields need to be rethought as the global economy changes rapidly.

The fact, however, remains that the nation, and especially its key private stakeholders in the business of education have invested too much in this field, and none of it is bearing the fruit it promised once upon a time. It is in order to revive this field to the scale initially imagined that the AICTE wants to open it up to a range of backgrounds, pleading the NEP’s mandate of interdisciplinary education.

In the short run, this may benefit a cross-section of students who would not otherwise get the opportunity to train in these fields. And it will fill some of the vacant seats and help balance the loss-to-profit accounts in the mushrooming engineering colleges. But there is no doubt that in the long run, it is the discipline itself – and the world that needs to sustain itself by employing its graduates – that runs the danger of being betrayed.

Saikat Majumdar is the author of several books, including College: Pathways of Possibility. @_saikatmajumdar.