Education being a service with an inelastic demand, is a perfect candidate for being the economic activity around which new cities can be built. 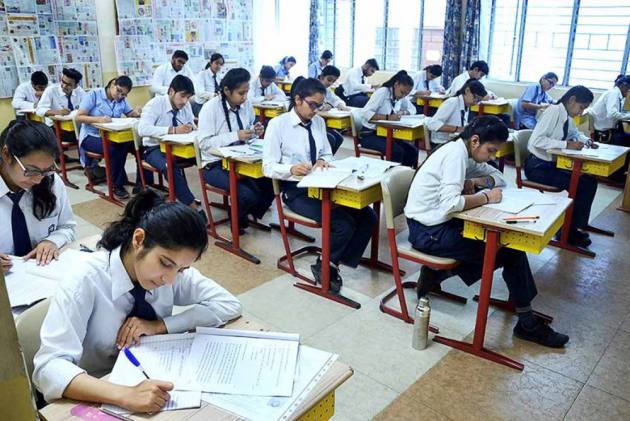 What is common between Nalanda, Taxila and Timbuktu in Mali? They were all cities that developed based on education as the key activity.

In fact, any city develops around one or more key economic activities. Which is why it is so difficult to build a greenfield city, i.e. a city built from scratch. It has taken over decades for the new cities of Gandhinagar and Naya Raipur to see some semblance of activity, despite the might of the state governments pushing for these new cities to become economic hubs. However, it is cities that contribute disproportionately to the GDP of a nation. In fact, Mumbai alone contributes to over 7% of India’s GDP.

In parallel, we see the issue of demand for quality education going up every year, while space in existing cities not permitting quality infrastructure for the required educational institutions. We also see the phenomenon where states that have been granted an IIT, an AIIMS and an IIM, to spread them across the state for political reasons. The challenge with spreading such institutes of eminence is that we miss out in the collaboration between students and faculty of different areas, that could have led to an explosion of innovation, thereby growing the economy significantly. There is a need to put all these streams of studies into a single place to allow serendipity a chance to provide India with the innovations that we so badly need to propel to higher levels of prosperity.

How Can India Avoid Jobless Growth?

Standards And Internet – The Cornerstones For Digital Sovereignty

Has there been such a template earlier where all streams of studies were housed in a single place? Yes, that is what Nalanda, Taxila and Timbuktu did. And each brought their regions to eminence and fed into the technological advances made. In fact, education being a service with an inelastic demand, is a perfect candidate for being the economic activity around which new cities can be built. Students and the ancillary industries around education will move to where quality education is being provided. And India requires such mega-education cities that not only educates the 200 million plus Indian school children who would need higher education, but also the millions from around the world who would require quality education.

What would make such a city even more effective is by providing such cities an SEZ status, so that foreign teachers, students and researchers can freely move in and out, with the benefits and the foreign exchange accruing to India.

But how does one start such a mega-initiative of creating a city of million plus residents, revolving around education? Who will fund it? When I was involved in conversations around the greenfield city of Amravati in Andhra Pradesh, my calculations for the cost of building that city came to around USD 30 billion. Where do we get such a large sum of money from?

Again, the solution lies in joining the problems. Institutions such as IIT Delhi, JNU, Indian Statistical Institute at Delhi and NCERT are starved of space. Their growth is constrained by the rapidly growing city of Delhi around their campuses. IIT Delhi appears to be completely running out of space in the near future. How can we get these institutions to grow ten folds to not only cater to the requirements of students, but also to get the requisite critical mass of faculties, required to become dominant globally in specific areas?

Coincidentally, these campuses are contiguous. Together, they amount to over 1,500 acres of prime land. Can these institutions of eminence be moved to a greenfield city, with each being given 10 times their current land, and become the nucleus of a mega-education city?

Given that a conservative estimate of the cost of land in the existing area of these campuses is around Rs 70 crores (USD 10 million) an acre, this contiguous piece of land, which once used to be in the outskirts of the city till the city grew around it, is conservatively worth over USD 15 billion. That money can fund half a city straight away.

In fact, many eminent academicians such as Prof. M.P. Gupta of IIT Delhi have forcefully argued to bring institutions such as IIT Delhi, JNU and ISI under one institutional roof in order to bolster the faculty strength and to increase innovation by increasing the critical mass. The step of moving such large institutions to a greenfield education smart city, just becomes an incremental step in that larger context.

Such a new education city can have special regulations that foster innovation, such as free usage of radio spectrum, freedom to build and fly drones without the regulations that exist over the rest of the country, freedom to try new business models such as drone based taxis, have access to sandboxes etc. It would be a mind-boggling cauldron of innovation, wherein students and faculty from around the globe can come in and contribute to creation of knowledge for the humankind. It can support its own airports, river ports, and perhaps even spaceports. It can build its own satellites. Have its own crypto-exchange, ringfenced from the rest of the economy. The possibilities are limitless.

Its impact on the lives of ordinary Indians would be deeply transformative. And in the short run, the relocation of the campuses from Delhi (and perhaps from other cities) would lead to an explosion of building activity and jobs, and revenues for the government.