‘Both-sides’ Journalism Is At The Core Of Unbiased, Fair Media

To be a fair media, ‘both-sides’ journalism is not just a pre-requisite; it’s a given. And this extends beyond the Opinions and Ideas pages. 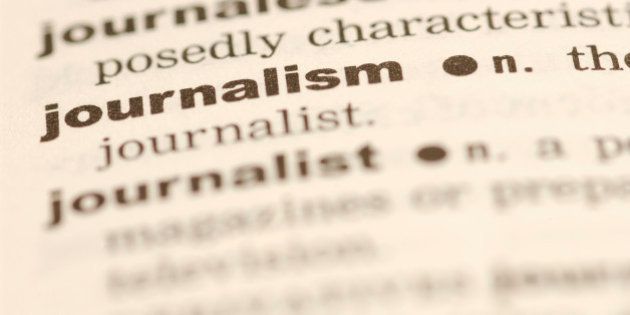 We may be free, but are we also a fair democracy?

The media mirrors the democracy that we are. Many would say we get the media we deserve. With its imperfections, prejudices and biases, the Indian media remains amongst the freest in the world. It, however, also needs to be amongst the fairest. Debates like the one on Outlook recently on ‘both-sides’ journalism are welcome and would add to the momentum.

The media is not merely any actor in a democracy. Not for nothing it’s called the fourth pillar of democracy. The media must actively play the role of a watchdog, especially in an unequal democracy like ours, which, according to many, remains a work in progress.

ALSO READ: Dear Editor, I Disagree With Your ‘Both-sides’ Journalism

Does our free media practise and promote unbiased journalism? Perhaps, the question to be asked is: “Can a reporter ever be an unbiased observer”?

We humans are also political beings. What is personal is also political. Quite often it’s possible that the personal opinion colours the professional journalistic account that we present to our readers. How do we then ensure a semblance of “unbiasedness” and “fairness” in what is dished out to readers? By ensuring ‘both-sides’ journalism, of course.

The relationship between the media and the government or a reporter and the authority must necessarily be adversarial. It’s only then that the media can live up to its role of the watchdog. As we have always been told, even in this arrangement, a news story is incomplete without the version of the side that is supposedly on the side of the wrong.

If the media is supposed to be unbiased, and free, how do we account for the high TRPs of TV news channels which run like propaganda channels? They are known to invite the ‘other side’ only to berate and lampoon.

There’s a thin line between popularity and credibility. A media organisation and a reporter must be known by their credibility. TRPs may be important for ad revenues, but for fairness, credibility is the key.

I am reminded of a session I had with L K Advani during my years of covering the BJP. Advani’s name evokes extreme reactions – he’s known as the architect of the modern BJP; but a section also sees him as a polarising figure, and a divisive politician.

I asked Advani about his favourite newspaper. He named two—The Hindu and The Pioneer. The Pioneer was easy to understand—it was then ideologically aligned with his vision. I asked why The Hindu. He said, “If you say something, it will be recorded in The Hindu, and it won’t be distorted.” Many leading channels that boast of high TRPs cannot claim to have this crucial touchstone of credibility (or ‘both-sides’ journalism) today when it concerns the Opposition.

But if a large section of popular TV news media cannot pass this credibility test today, we must ask, “Was the Indian media fair earlier?”

Anecdotal evidence suggests (and I have some experience of this too) that legacy media in India has traditionally been dominated by the Left. This is true of academia too. This, perhaps, has to do with the education system that we followed since the 1960s. This dominant academia-media ecosystem created a web where ‘both-sides’ journalism was next to impossible to practise.

Recently, there have been edit page articles on how social media in India may actually be harming democracy.

It’s true that fake news and questionable claims routinely find space on social media platforms. But had the traditional media honestly reflected the changing Indian realities, social media would not have seen the boom and gained the legitimacy it did. The traditional media, at least large sections of it, miserably failed the ‘both-sides’ fairness test.

ALSO READ: Indian Journalism Is In Deep Crisis, All In The Name Of ‘Balance'

This is one of the reasons, I think, that the Prime Minister chooses to communicate through social media, rather than holding press conferences. The social media explosion has forced the traditional media to opt for course correction.

The spirit of inquiry and critical thinking must form a journalist’s existence. Ideas, as is only to be expected, would always be contested. So, the Constitutional values provide a common minimum agenda for the media.

If journalism is the first draft of history, it’s a sociological account as well. For a journalistic work to be credible, it may be useful to employ some tools of social research. While many journalists cross the lakshman rekha and become participant observers, a sympathetic observer would always faithfully capture the other side, even if the media-authority relationship is adversarial.

There are many other issues like women in leadership roles in newsrooms, newsroom diversity, English vs vernacular divide, among others, that need to be addressed if we aspire to be among the fairest media. ‘Both-sides’ journalism is always a good starting point.

(The author, a former journalist, majored in Sociology from JNU. Views expressed are personal)