A Marxist who later turned into a mystic, Manoj Das was known for his simple, magical and impactful writings. 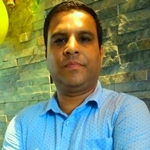 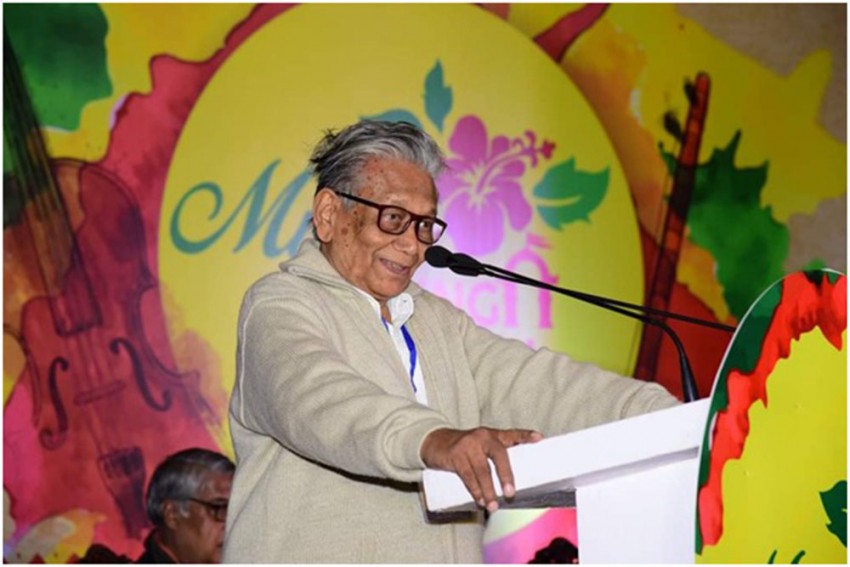 A Marxist who later turned into a mystic, Manoj Das was known for his simple, magical and impactful writings.
Ashutosh Kumar Thakur 2021-04-28T19:05:12+05:30 A Tribute To Manoj Das, India’s Leading Bilingual Scholar 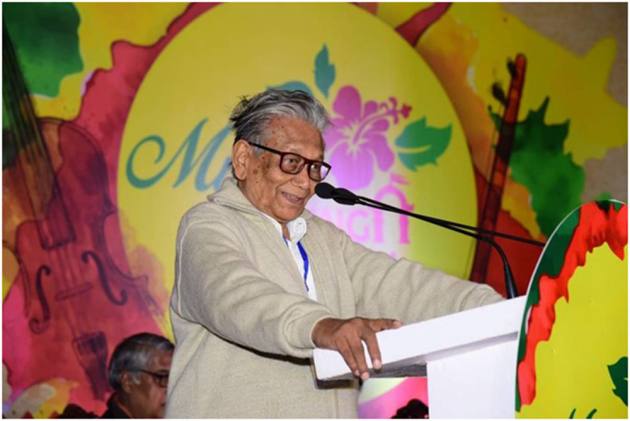 Will you please write your autobiography? Manoj Das’s fans had implored time and again. But his answer was simple: he believed that there were far more worthy and eventful lives than his own and he would not like to burden the catalogue with his!

Worthy is a relative term. But we agree that there are innumerable lives more eventful than his. The question was how many were capable of reading the significance in the events as he did? He, however, remained unrelenting. The legendary Odia and English writer Manoj Das was a probably the best loved author in Odia and a significant writer in English.

Known for his simple, magical and impactful writings, Das not only won the hearts of literary enthusiasts in India, but he also impressed eminent novelist Graham Greene, who once predicted, “I have read the stories of Manoj Das with great pleasure. He will certainly take a place on my shelves beside the stories of Narayan. I imagine Odisha is far from Malgudi, but there is the same quality in his stories with perhaps an added mystery.”

Das was the man whom providence brought up through a paradox of experiences in his childhood, sending him into an affluent family with ideal parents and in the most charming milieu imaginable and at the same time exposing him to the unexpected in life when his house was plundered twice before his eyes; also giving him the experience of witnessing the horrors of an unprecedented famine around him.

Manoj Das was a man whose earliest quest was to find the cause of human suffering — a quest that led him to Marxism and finally revealed to him the profundity that was Sri Aurobindo's vision of human destiny. His writings were mainly about human suffering in the villages of his state but he layered them with such fantasy and satire that it left an indelible impression on the mind of readers. His short stories, novels, essays and poems presented a perfect combination of social realism and understanding of human psyche. He was the author who never knew that writing was an activity that was special. For him it was as natural as speaking or humming a tune.

Manoj Das was born in the small coastal village of Shankari in Bhograi, Balasore district of Odisha. His father, Madhusudan Das, worked under the British government. He was active in student politics while studying BA in Cuttack College. He was a youth leader with radical views in his college days, and spent a year in jail for his revolutionary activities. He had started writing early. His first work, a book of poetry in Odia, Satavdira Artanada was published in 1949 when he was in high school. He launched a literary magazine, Diganta in 1950. He graduated high school in 1951. In 1959 he was a delegate to the Afro-Asian students' conference at Bandung, Indonesia. He did not complete his degree in Cuttack. He ultimately finished his graduation from Samanta Chandra Shekhar College, Puri, in 1955.

He was India's foremost bilingual writer whose use of the two languages he wrote in is uniquely original. Even as he wrote in Odia, he started writing in English in 1968 and some of his well-known works are A Tiger at Twilight, The Submerged Valley, The Bridge in the Moonlit Night, Cyclones, Mystery of the Missing Cap, Myths, Legends, Concepts and Literary Antiquities of India. While some of his Odia works are 'Tandralokara Prahari’, ‘Aakashra Isara’, ‘Amruta Phala’. His first collection of short stories Samudrara Kshudha (Hungry Sea) was in that year. During his college years, he kept on writing and he published a novel Jeebanara Swada, a collection of short stories Vishakanyar Kahani and a collection of poems Padadhawani.

His deeper quest, however, led him to mysticism and he has been an inmate of Sri Aurobindo Ashram, Puducherry, since 1963 where he taught English Literature and the philosophy of Sri Aurobindo at the Sri Aurobindo International Centre of Education. A bilingual writer with almost an equal number of books in Odia and English, he has been translated into several major languages of India as well as of the world.

A Marxist turned a mystic, Das made Puducherry his home for several decades as he moved to Sri Aurobindo Ashram in 1963. Most of his writings were penned in Puducherry. His writings in Odiya and English are noted for magnificent style and coinage of words and choice of subjects. Das was creative writer on whom the Sahitya Akademi (the National Academy of Letters) has bestowed its highest honour, the Fellowship. He was a recipient of Sri Aurobindo Puraskar, Sahitya Akademi Award (1972), Orissa Sahitya Akademi Award, Sarala Award, the Sahitya Bharati Award and BAPASI (Book-sellers And Publishers Association of South India), Saraswati Samman in (2000) and Mystic Kalinga Lifetime Award in the 2020. As a tribute and to keep the eminent writer’s works in public memory, Kalinga Literary Festival will curate the Mystic Kalinga Award and Mystic India Festival Lifetime Achievement Award after Manoj Das.

“I am myself looking for answers to my questions since my childhood. How on earth can I answer your questions?” Das asked an inspiring journalist. Nevertheless, he has been drawn into interviews and dialogues despite his shyness. And people who have heard him answer their questions or have read them, have gone back with a feeling of deep satisfaction — be the questions literary or philosophical.

That is perhaps because he did not sound pedantic, did not wish to be looked upon as an authority on any topic. If he proved compelling in spite of that, it is because he never said a thing in which he did not believe; he never spoke to impress, but to communicate his own conviction. What is more, one feels that his conviction was not merely intellectual, but had its base deep within.

His death has indeed created a void in the world of literature, but he has left behind a treasure of immortal legacy and indelible imprints in the hearts and minds of everyone he touched through his writings. The writer, a legend in his home state despite living outside it for almost half a century and also earnestly admired by a wider readership of his writing in English spread all over India and abroad, deserves to be introduced to all those who look for true creative literature that expands and elevates our consciousness.

(Ashutosh Kumar Thakur is Bangalore-based management consultant, literary critic and advisor with Kalinga Literary Festival. He can be reached at ashutoshbthakur@gmail.com Views expressed are personal and do not necessarily reflect those of Outlook Magazine)

As Registration For Covid Vaccines Opens Up For All Adults, Co-WIN, Aarogya Setu Apps Crash