Society Only 33 Per Cent Hindus Count A Muslim As A Close Friend, Says A Study

Only 33 Per Cent Hindus Count A Muslim As A Close Friend, Says A Study

The report also found out that only 13 per cent Hindus think of muslims as 'highly patriotic' as against 77 per cent of Muslims who feel the same for their community. 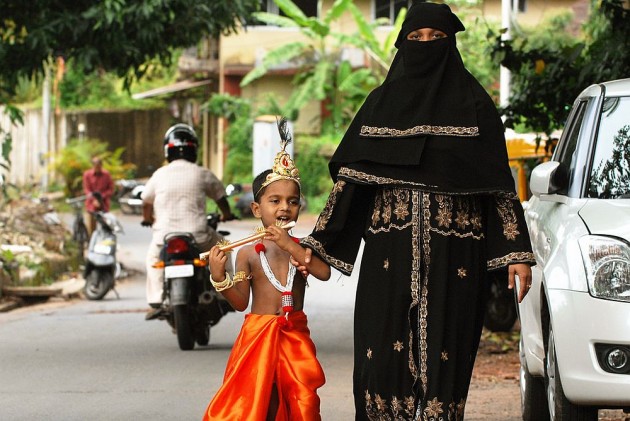 A study conducted by Centre for the Study of Developing Societies (CSDS) across four states of Gujarat, Haryana, Karnataka and Odisha has found that 91 per cent Hindus and 95 per cent Muslims have a close friend from within their ocommunity,  report the Times Of India.

The figures imply that there might be a weak compatibility between the two communities, pointing out how communal identities play a part in deciding who one would want to be friends with.

The report also found out that only 13 per cent Hindus think of muslims as 'highly patriotic' as against 77 per cent of Muslims who feel the same for their community.

The data also hints at a high level of 'majoritarian' attitudes where people were categorised as "liberal" and "majoritarian" on the basis of response to queries - should the government punish those who don't respect the cow; don't say 'bharat mata ki jai' at public functions; eat beef or cow meat; do not stand up for national anthem; or engage in religious conversions? Nearly 72% were found to possess "majoritarian" attitudes while 17% have "weak liberal" attitude and merely 6% with "liberal" attitude, the report said.