This was the second medical device to be put under price control since prices of cardiac stents were capped in February this year. 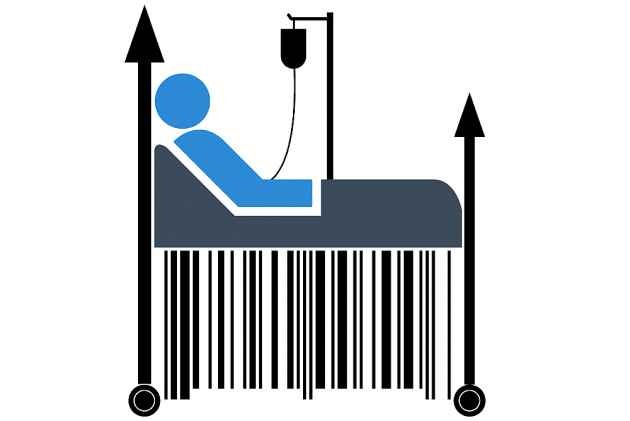 The National Pharmaceutical Pricing Authority under the department of Pharmaceuticals capped the prices of orthopaedic implants. Patients requiring knee implants have much to rejoice as such implants will now cost the 70% less than before.

The NPPA, in an extensive order issued today capped the prices of the cobalt chromium complete knee implant kit at Rs 54,720 plus tax, a 65% reduction from the Rs 1,58,324 patients were shelling out before the price order. The order caps prices of implants classified under  four categories, cobalt chromium priced at Rs 76600, Special metals like Titanium and Oxidised Zirconium at Rs 56490 and Highly flexible implants and revision implants for second surgery which is priced at Rs 1,13,950 plus tax.

This was the second medical device to be put under price control since prices of cardiac stents were capped in February this year. Unlike cardiac stents, the prices of which was controlled after including it in schedule 1 of the DPCO, knee implants were put under price control through para 19 of the order. This means that though the government notified orthopaedic implants as drugs, it did not include it in the national list of essential medicines. Instead, para 19 of the order was authorises  authorizes the Government, “in extraordinary circumstances, if it considers necessary so to do in public interest, to fix the ceiling price or retail price of any drug for such period, as it deems fit.”

The order issued by the NPPA  states,” It is noticed that orthopedic-knee implants are having unjustified, unreasonable and irrational high trade margins leading to their exorbitant prices which affects the out of pocket expenses of patients and lakhs of patients are not able to pay for arthroplasty procedures because of these exorbitant prices and suffering in pain.”

Read also: Doctors And Their Devices

As per the WHO bulletin osteoarthritis is likely to become fourth leading cause of disability by year 2020. About 1.5 to 2 crore patients require orthopaedic implants every year. Out of these, only one lakh patients are in a position to pay for it.

The civil society welcomed the move as positive nad encouraging remains apprehensive about the pase of fixing prices of medical devices by government authorities. “ It is encouraging to hear that prices were fixed under para 19 instead of waiting for the DPCO to classify knee implants as an essential drug,” says Malini Aisola of the All India Drug Action Network. She adds, “This is still only the first step though. Prices of medical devices are high across the board. The government has already collected data on 19 other classes of devices. We would like to see the government fix prices on all other devices for which data was collected soon.”

While the move to cap orthopaedic implant prices shows a clear inclination of the NPPA to cap prices of medical implants, doing it on a case to case basis will take too long and will not benefit the public in the long run. The government needs to formulate a method to bring more devices under price control as soon as possible.