Home  »  Website  »  National  » News Analysis  »  Mutual Interests Demand India, US Start With At Least A Mini-Deal If Not The Big Trade Deal
Analysis

Mutual Interests Demand India, US Start With At Least A Mini-Deal If Not The Big Trade Deal

Even before Prime Minister Modi’s visit to US in September 2019, there were indications of an agreement. It did not come about then. Further, trade actions have only complicated matters. It will be in the interest of both countries if at least a mini-deal were to happen now, writes V.S.Seshadri, a former Ambassador. 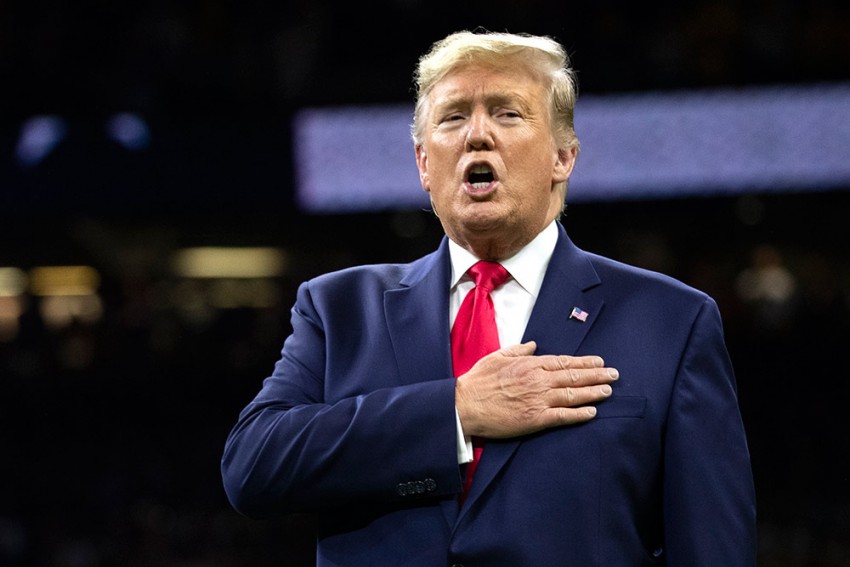 In this file photo, US President Donald Trump stands for the national anthem before the beginning of the NCAA College Football Playoff National Championship game between LSU and Clemson in New Orleans.
(AP/PTI)
Dr. V.S.Seshadri 2020-02-23T08:17:31+05:30 Mutual Interests Demand India, US Start With At Least A Mini-Deal If Not The Big Trade Deal 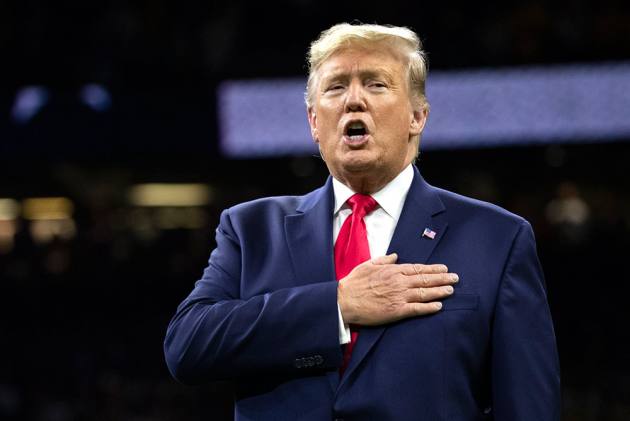 Will a trade deal be signed during US President Donald Trump’s visit to India? Even before Prime Minister Modi’s visit to US in September 2019, there were indications of an agreement. It did not come about then. Further, trade actions have only complicated matters. It will be in the interest of both countries if at least a mini-deal were to happen now, and a path laid for stronger trade and economic relations.

Both India and US have huge merchandise trade deficits globally. Imports in each case exceed 150 per cent of exports. Both have strong leaders who want to trim these deficits. Trump has his ‘America First’ approach to get manufacturing back in the rust belt of his country. Modi wants ‘Make in India’ to succeed. His government is not averse to granting increased protection to domestic industry to encourage this to happen.

Initial salvo by Trump to investigate countries having large trade surplus with the US set the ball rolling. Even though India is tenth or so in this list, this has not deterred closer scrutiny. Terming India a ‘Tariff King’ and talking about trade practices of India and China in the same breath, even if factually misleading, has been Trump’s style of attracting attention.

The Office of USTR has been annually flagging trade barriers. Its Trade Estimate report for 2019 highlighted the recent increase in tariffs in India on several items. Tariff hike in chickpeas appears to have particularly impacted. Similarly, rise in duties of certain auto products and ICT items may have affected US exports, even if to a lesser extent. These are all, however, within India’s bound duties. But if there are items whose duty reduction will help US increase its exports while not hiking imports from other sources they could be considered in a possible agreement.

Reduction of duties for the iconic Harley Davidson motorcycles has been a pet call of Trump. He termed even the reduced 50 per cent as too high. It is arguable if lower tariffs will spur demand for such large engine and high-priced motorcycles on Indian roads. Their local assembly in India could not sell more than 3700 of them. A lower MFN tariff should not however result in higher imports of relatively cheaper brands from east Asian countries.

US has also been quite critical of India’s move to bring certain medical devices such as coronary stents and knee replacements under price control in 2017. They allege such price controls do not differentiate innovation. Some accommodation should perhaps be possible here if affordability could be ensured.

Market access for dairy products in India has been another concern. India insists on certification that the bovine animal was raised from vegetarian feeds. Suggestions from US that they could address the issue in terms of labelling has not been acceptable.

Digital trade and e-commerce are other areas. Concerns from been voiced by US entities preferring freer movement of data and less conditionalities on e-retail. There are however wider issues of ownership of data, security, privacy and taxation whose ramifications are still being studied.

India’s national regulatory framework on them are evolving. The government may be in no position to make policy commitments. US interests and concerns could at best be noted for taking them into consideration in future.

A host of other issues on the US list include those relating to poultry or solar panels on which disputes at WTO have resulted in findings and are being followed up. Similarly, certain issues on FDI caps on insurance or retail have been regularly considered in India. Further liberalisation has been made when possible.

From the Indian side there are three immediate issues. Tariff hikes by 10 and 25 percent on aluminum and steel imports by US on dubious security grounds under Section 232 of US

Trade Act have hit us since March 2018 even as this was imposed on all but a few trade partners of US. Several among them also imposed retaliatory tariffs. India drew up a list of products for retaliation but held back hoping an understanding will be reached and tariffs withdrawn. This did not happen.

Second, withdrawal of GSP benefit. India was notified about it in March 2019 for not meeting US criteria of equitable and reasonable market access. Actual withdrawal came into effect in June, even as that criteria itself is nowhere sanctioned by the Enabling Clause of 1979 of WTO that gives the scheme legal basis. The US action in fact undermines the non-reciprocity principle enshrined in it.

India received zero duty concessions in the US market under GSP for products worth US$ 6.3 billion in 2018 on several items including chemicals, engineering items, leather and furniture goods. With benefits of this magnitude foregone, India decided to impose retaliatory tariffs (for the steel and aluminum duties by US) on 15 June 2019 on several items including almonds, apples, walnuts, boric acid and some laboratory reagents. A reinstatement of GSP will be high on India’s list in any trade deal.

Third, India would also be keen to get a greater level of stability on HIB/L1 visas for its IT and other professionals who are the mainstay for sustaining its high level of ICT exports. US deems it as an immigration and not trade issue.

But a degree of understanding on its predictability will be helpful in a possible deal.

Even as the two countries have been negotiating an agreement, more trade actions have unfortunately followed.

These may not have been specifically directed at each other, but they will adversely impact.

US added derivatives of steel and aluminum products to its Section 232 tariff hikes on 23rd January this year. US has also removed on 10 February several developing countries including India from benefitting from additional thresholds before countervailing duty investigations are launched. The justification was that concerned countries exceeded 0.50% share in world trade or was a member of G-20. The question arises if this definition of developing country will also be used by US generally. It is bereft of any underlying criteria for assessing development. India, with its GDP per capita at only US$ 2000, will be adversely affected.

India too raised its customs duties on several items in the budget presented on 1st February 2020. These included butter, cheese, peanut butter, infant food, walnuts etc., some of which are certainly of trade interest to US.

Mutual interest demands that India and US try hard and work out a deal addressing aforementioned issues and keep a restraint on trade actions. A positive factor is that bilateral trade has been growing reasonably well when the global exports of both India and US have tended to stagnate.

The percentage increase in share is even higher in both directions as per Indian figures.

These have come about not just due to a steep increase in US energy exports to India. The rise is across the spectrum of manufactured goods. A similar secular rise characterizes India’s exports as well. With more defense purchases from India in the offing and considering India’s high external energy dependence, India’s imports from US will only grow further. All of this provide a good basis for a deal to emerge.

(Dr. V.S.Seshadri is a former Ambassador and also served as Minister (Commerce) in the Embassy of India, Washington DC during 2003-2006)