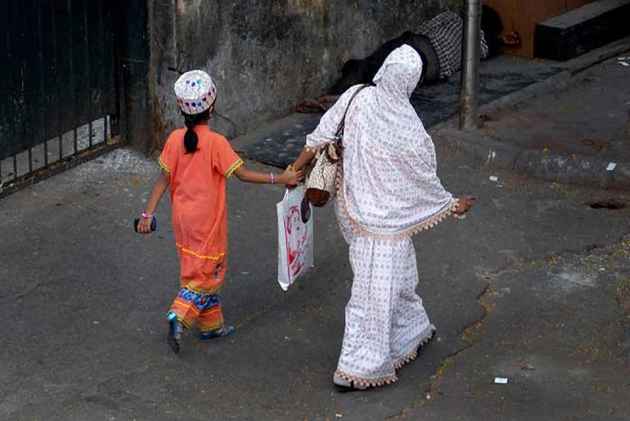 A new study has revealed that every two in three girls from the Bohra community in India are forced to undergo genital mutilation during their pre-teens.

The findings of the study comes in the backdrop of the Centre's affidavit in the Supreme Court, claiming that "at present there was no official data or study (by the National Crime Records Bureau etc) which supported the existence of Female Genital Mutilation (FGM) in India".

According to the World Health Organization (WHO), FGM comprises "all procedures that involve the altering or injuring of female genitalia for non-medical purposes and is recognised internationally as a violation of the human rights of girls and women".

The survey on the prevalence of FGM or "khafd" among the Bohras in the country also highlighted that in the urban areas increasingly doctors in medical facilities also performed FGM in addition to traditional cutters.

The report titled "The Clitoral Hood a Contested Site: Khafd or Female Genital Mutilation in India" was released by Congress MP Shashi Tharoor at an event here.

It has been prepared jointly by a survivors' collective called WeSpeakOut and Nari Samta Manch.

The study included responses from 94 participants, of which 83 were women survivors of FGM and 11 were men.

The survey was carried out in four Indian states with high concentration of the Bohras -- Gujarat, Madhya Pradesh, Maharashtra and Rajasthan -- as well as Kerala, where a few Sunni Muslim sects are known to practice FGM.

The Bohra community is a Shia sect of Muslims. Today there are three Bohra sects -- Dawoodi, Alvi and Suleimani who practice FGM.

The Bohra expats from Canada, the United Arab Emirates and the US, as well as traditional circumcisers and healthcare professionals, were also included in the sample.

The women surveyed were aged between 17 and 89 years. All the interviewees together had 81 daughters, of which six were too young, 55 were subjected to "khafd" and 20 were not.

This indicated that 75 per cent of the daughters underwent FGM, the study pointed out.

Further, these women cumulatively knew 1,248 women within their families who had undergone "khafd", i.E. Each participant knew approximately 14 women in their family.

The study also included testimonies of survivors of FGM as well as traditional circumcisers.

One such cutter has been quoted in the report as saying that she has performed 6,000 "khafd" in 20 years of her practice and another confessed to cutting 4,800 to 6,000 girls over 50 years.

Tharoor said that the findings of the study made the government's stance on the issue in the Supreme Court that there was no evidence of the practice "untenable".

The founder of WeSpeakOut demanded a law to ban the practice.

"By turning a blind eye and doing nothing about FGM, the government of India is denying women and girls their rights enshrined in the Indian Constitution. In keeping with its international human rights commitments under numerous treaty bodies, India must at once pass a law that bans the act of providing FGM," Founder of WeSpeakOut Masooma Ranalvi said.

Among the respondents subjected to "khafd", six were cut by medical doctors and 75 were cut by traditional cutters, the report said.

Those who have undergone "khafd" have reported painful urination, physical discomfort, difficulty in walking and bleeding immediately following the procedure. Some suffered from recurrent urinary tract infections and incontinence, in the long term.

Nearly 33 per cent women subjected to "khafd" in the study said that it had negatively impacted their sexual life.

Many experienced fear, anxiety, depression, low self- esteem and psychologically after undergoing FGM.

While supporters of the practice claim that "khafd" was practiced by the Bohras and is just "a nick on the clitoral hood", the writer of the report said in reality what was practiced was much more grievous.

The report also warned that in the absence of a law banning the practice in India, the country was at the risk of becoming a hub for FGM for expat and foreign Bohra girls following a crackdown in Australia and the US.

A Bohra doctor was arrested in Michigan, the US, last year for allegedly performing female genital mutilation on two seven-year-olds.

In Australia, three people were convicted of FGM in a landmark trial in 2015.

An online petition initiated by WeSpeakOut on Change.Org has garnered over one lakh signatures. A copy of this was presented to Women and Child Development Minister Maneka Gandhi last year.

Subsequently, the minister promised to bring a law as well as write to the Syedna, the spiritual leader of the community, asking him to enforce a ban.

However, neither of these were done and the ministry has been maintaining a silence on this issue.