Home  »  Website  »  National  »  Nehru's Legacy Being Undermined Daily By Those Who Rule Us Today: Sonia Gandhi

Nehru's Legacy Being Undermined Daily By Those Who Rule Us Today: Sonia Gandhi

She further said, "Today we must honour him by fighting with determination to safeguard our democracy against those who are undermining it." 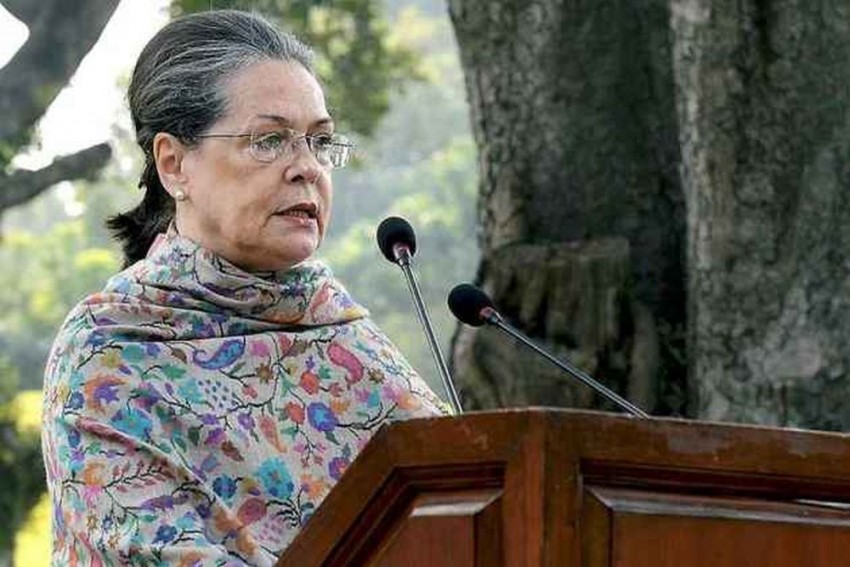 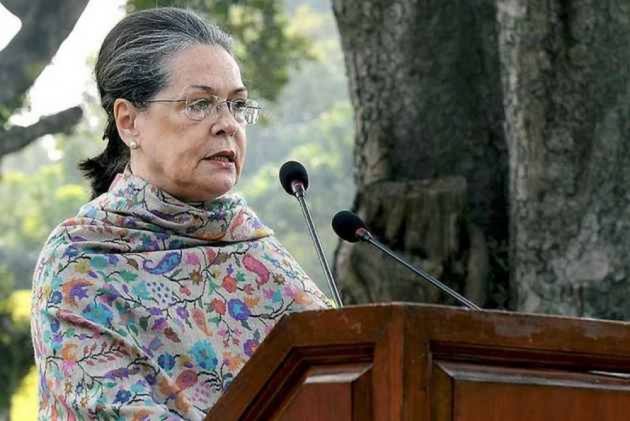 Congress leader Sonia Gandhi on Tuesday alleged that the Nehruvian legacy was being "undermined" by those presently in power who have "contempt" for the country's first prime minister for all that he did to build an India which they want to change for the "worse".

Speaking at an event to relaunch Congress leader Shashi Tharoor's book 'Nehru: The Invention of India', the former Congress president said Jawaharlal Nehru, as India's first prime minister, "consolidated democracy and entrenched the basic values of India's polity -- values to which we are still proud to lay claim."

"What are these values. Shashi Tharoor summarises them as the core pillars of Nehruvianism -- democratic institutional building, staunch pan-Indian secularism, socialist economics and foreign policy of non-alignment. These values were integral to a vision of Indianness that is fundamentally being challenged today," she said on the eve of Nehru's birth anniversary.

But, that vision remains at the core of "our time-tested beliefs", Gandhi said.

"We all know, as Shashi Tharoor has just said, that this precious legacy is being undermined daily by those who rule us today. They express disdain and contempt for Nehru for all that he did to build the India they are bent upon changing for the worse," Gandhi said

She further said, "Today we must honour him by fighting with determination to safeguard our democracy against those who are undermining it."

Tharoor, in his remarks at the event, lauded Nehru for strengthening democratic institutions and always encouraging "constructive criticism".

Narrating an anecdote, Tharoor said Nehru was asked by an American editor as to what he wanted his legacy to be, to which the first Indian prime minister said: "330 million people capable of governing themselves."

"A number of post-colonial heroes in other ex-colonies had gone the opposite way. They started off as democratically popular heroes and headed in an authoritarian direction...Nehru ji never fell into that trap.

"So if today, we have a chaiwala as prime minister, it is because Nehru ji made it possible to create the institutional structures through which any Indian can aspire to and rise to the highest office in the land," the MP from Thiruvanathapuram said.

Talking in detail about the four Nehruvian pillars, Gandhi said democracy could not have been taken for granted in 1947 that a country beset by acute poverty and torn apart by partition would become or remain democratic.

It was Nehru who instilled a democratic culture in our country by his regard for democracy, she said.

Nehru's regard for Parliament, his regard for the independence of the judiciary, his curtesy to those of different political convictions, his commitment to free elections, his faith in a free press and his deference to institutions over individuals -- have all left a precious legacy of freedom, Gandhi said.

On Nehru's commitment to secularism, Gandhi said he strived to prevent partition, but when it occurred, he never accepted that since Pakistan had been ostensibly created for Indian Muslims, what remained was a state for Hindus.

His life-long conviction was that India belonged to all its people and the majority community have a special obligation to protect the rights and promote the well-being of India's minorities, she said.

In both policy and personal practice, Nehru stood for an idea of India that embraced every religion, caste ethnicity and language, Gandhi asserted.

Talking about Nehru's idea of socialism, she said: "It is fashionable today to decry Nehruvian socialism as a system that tied India to many years of modest growth. This does not take into account the circumstances of the early years of independence when massive infrastructure was needed to be built up."

On his foreign policy of non-alignment, Gandhi said Nehru was a "convinced internationalist".

The Nehruvian vision was about safeguarding India's independence and self-respect against a potential encroachment on its sovereignty that still lies at the heart of the Indian National Congress, she said.

Gandhi highlighted that over the years Congress governments have taken Nehru's idea forward and cited the examples of Panchayati Raj and the Right to Information Act.

"They have defended secularism in the face of violent threats to our nation's diversity," she said.

Tharoor said a concerted campaign of vilification, calumny and an astonishing amount of lies was being spread on the internet against Nehru.

"If today, the government can boast about Mangalyaan, ask who created ISRO. Who decided that even a poor Indian can dare to aim for the skies. Who created the IITs who send so many bright young men to the Silicon Valley.

"All of this in the poor country was optional. You had to have the vision to say we need to do all these things. We need to lay the foundations to build India of the future," Tharoor said.